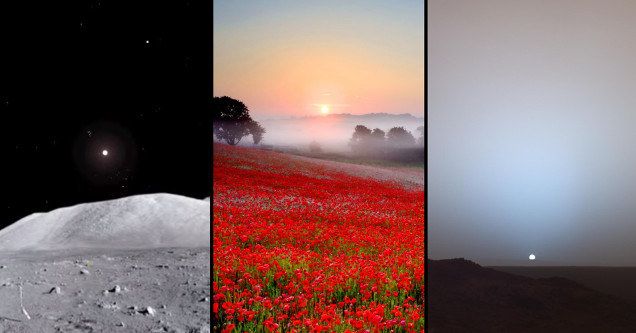 Outer space is a big and cool (sometimes hot) place. While for millennia humanity has been able to appreciate its beauty through direct observation, more recently we've been able to use massive telescopes to get a better view of the cosmos.

We've decided to sift through the most remarkable photos of space (and from space) to bring to you the ultimate outer space article. Enjoy.

1. Andromeda Is Comin' Right For Us 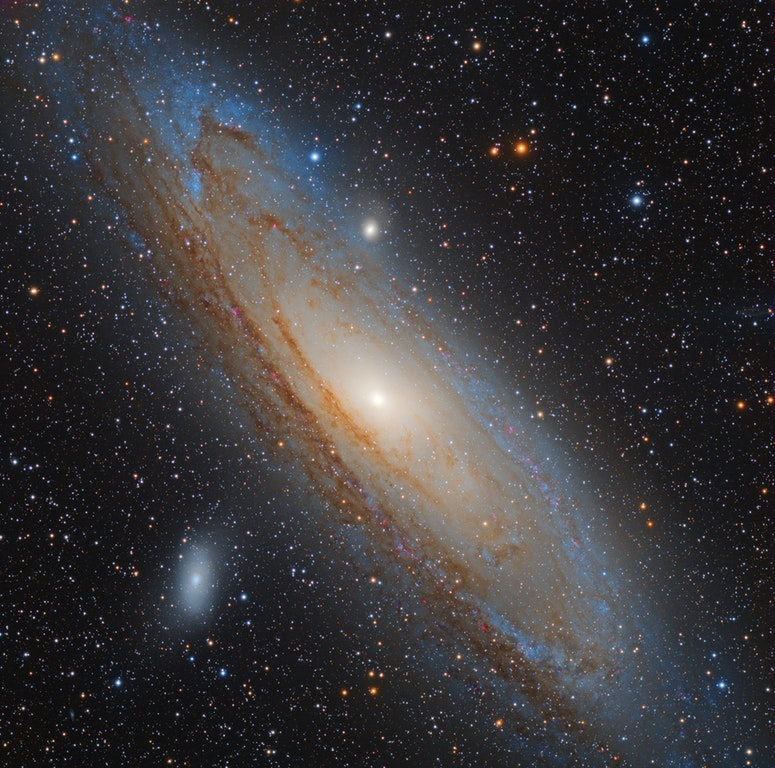 This is one of the highest quality images of Andromeda Galaxy ever taken. This is the galaxy closest to us, roughly 2.5 million light years (780 kiloparsecs) away or the circumference of your Mom. Although farther in distance than our minds can possibly comprehend, in 4.5 billion years it will barrel right into our galaxy, merging into one larger structure like a Transformer. 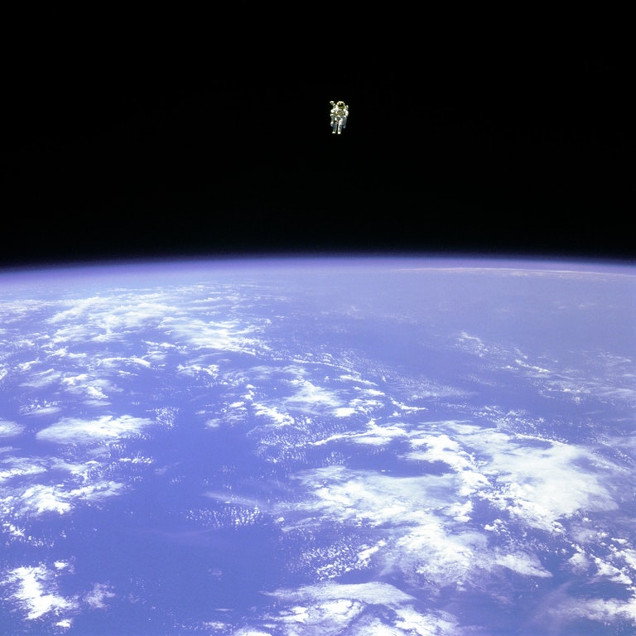 Also Read:10 Horrible Things That Happen To Your Body In Outer Space

Mission Specialist Bruce McCandless II can be seen here free-floating over 100 meters from the safety of his spaceship. This was the first time an untethered flight was done, providing no recourse if something went wrong. Keep in mind that Bruce, along with the International Space Station, were soaring at around 17,000 miles per hour during this photo. What a boss.

3. Earth Squares Up With Saturn 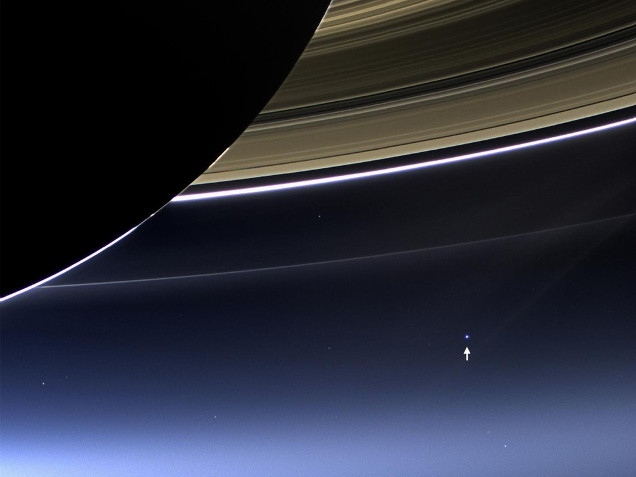 That little dot on the bottom right is Earth, a full 888 million miles away from the beautiful gassy giant called Saturn. This photo was taken last year by the Cassini space probe shortly before it committed suicide by flying directly into Saturn. 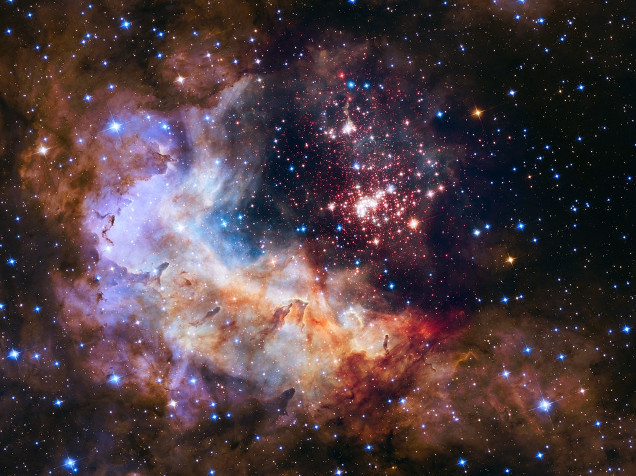 What better way to celebrate your 25th anniversary than by taking a legendary photo of thousands of colorful stars floating in space? The cluster of stars is called Westerlund, which I think is also the name of a Rammstein song. 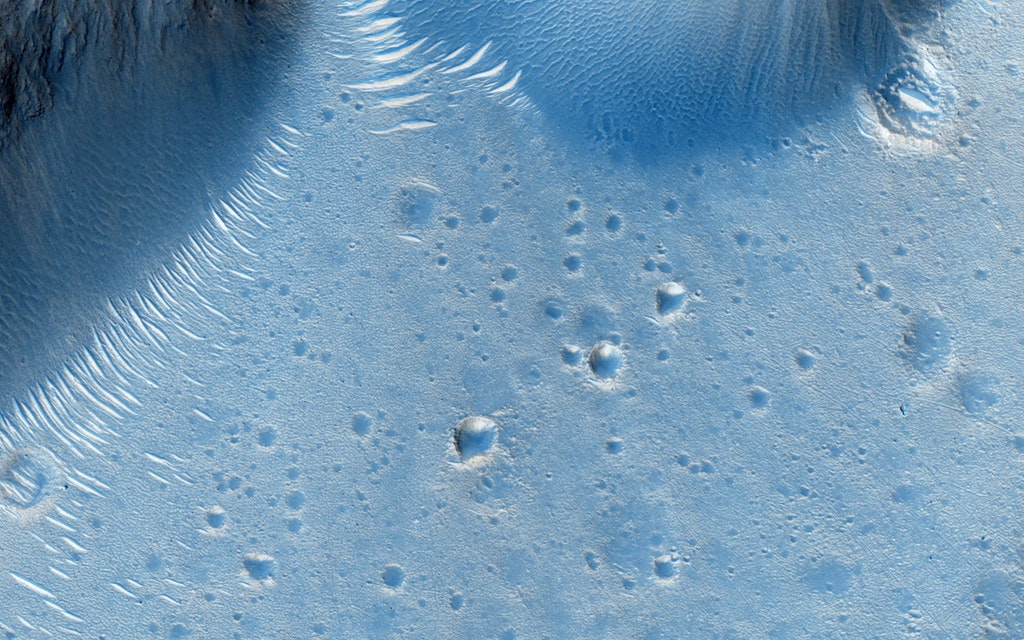 What you see here is Mars' southern pole, where there is a substantial amount of dry ice that covers the landscape. This CO2 is somewhere around 8 meters thick, and would be perfect for a Pepsi bottle bomb. This dry ice sublimates during the Summer before reappearing during the cold Winters.

7. Jupiter With His Best Friend 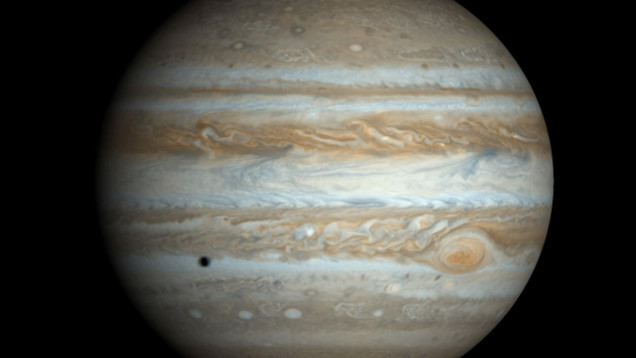 Jupiter is just floating out there with nothing better to do. Kind of sad, but at least it has a moon to hang out with. 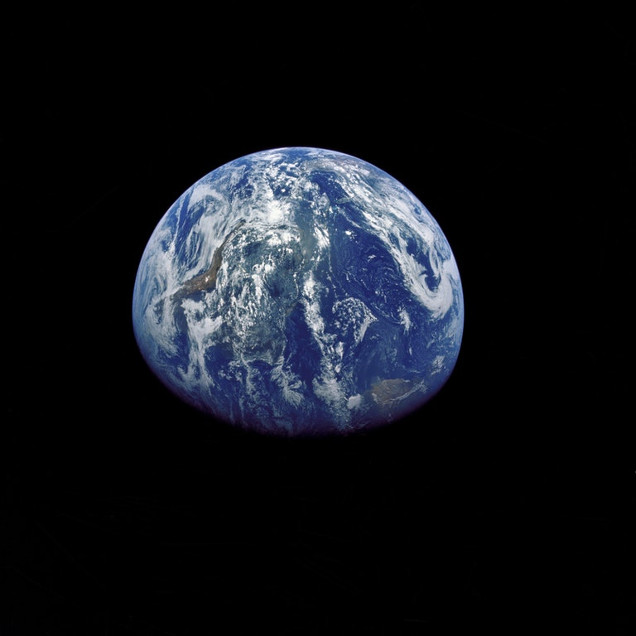 Also Read: You Can Now Buy Expensive Land In Outer Space... In A Video Game

While an Apollo craft was soaring toward the Moon with a crew of astronauts on-board this photo was taken showing Earth floating out in the middle of the vastness of space, reminding us all that all our problems don't really matter. 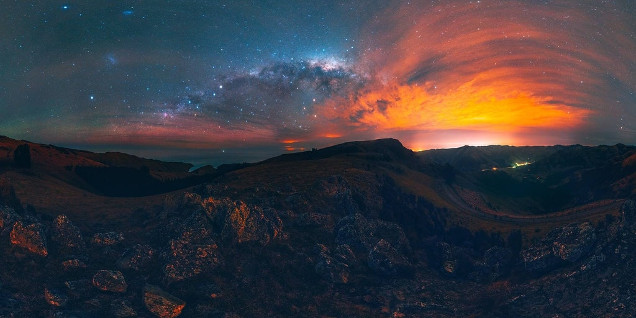 This panorama shows a sunset making love to the Milky Way. Very nice. 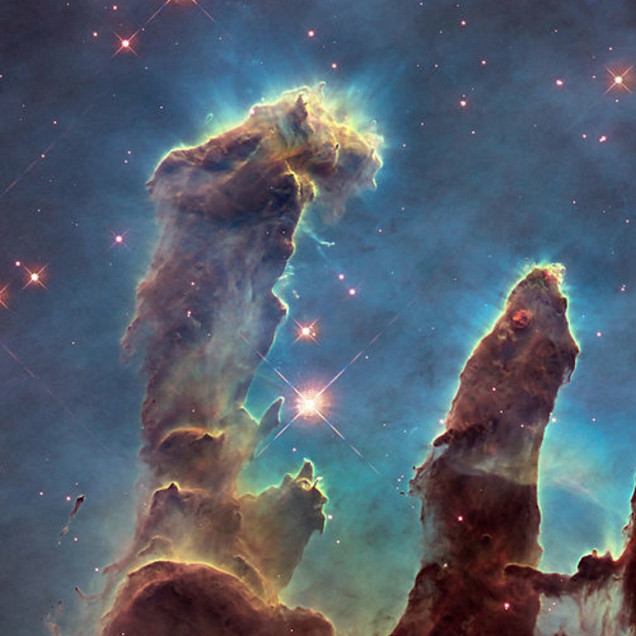 These massive pillars are yuuuge. What you see are massive clouds of gas that over time will condense to lay birth to stars. Given that what you're looking at actually happened 7,000 years ago, by now some of those stars are probably already in existence. 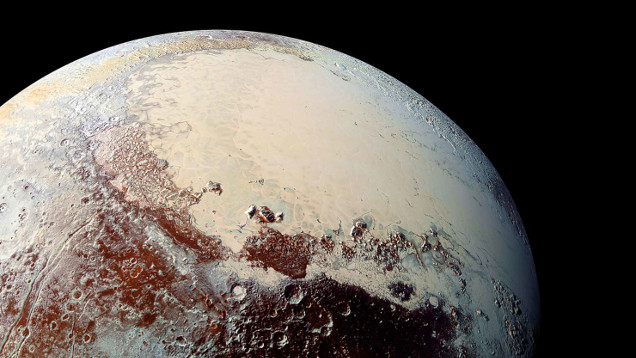 While it might not be a planet, Pluto has feelings, too. So, in 2017 we had the New Horizons space probe snap some pretty photos of its surface as it did a fly-by. The result is the ice cream looking sphere you see above. 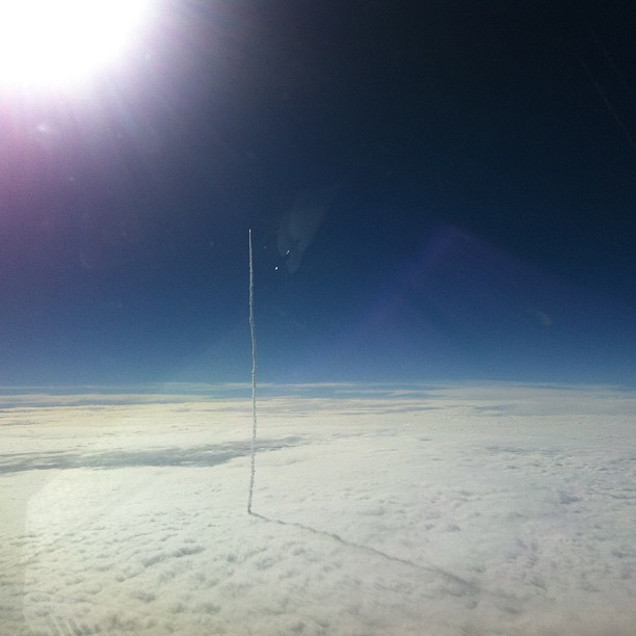 No, that isn't Jack's beanstalk. That's a plume of crystalized water vapor being left behind from a rocket that is GTFOing. 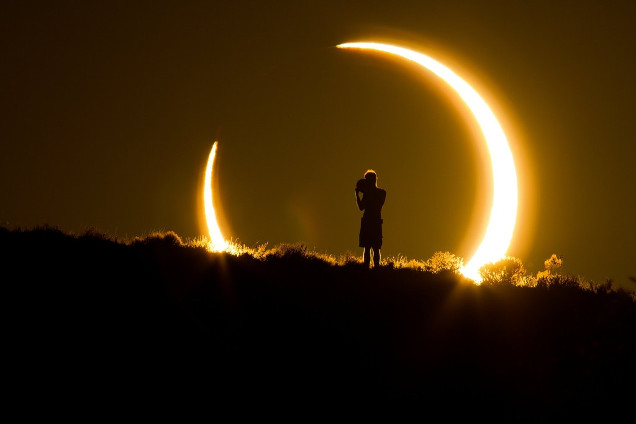 Don't look at it too long unless you want to lose your eyesight. 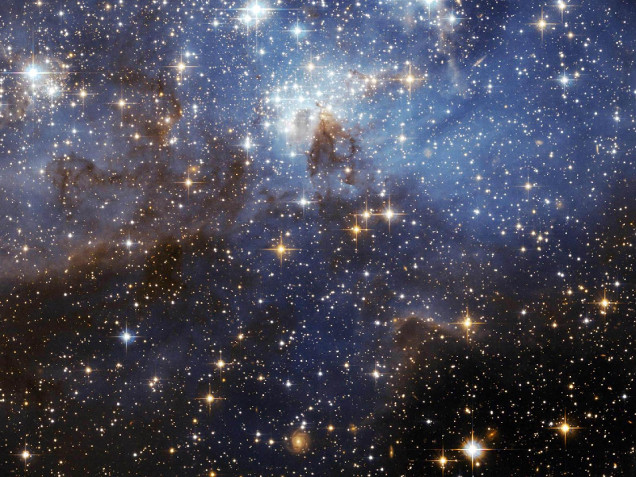 This Hubble Space Telescope photo shows the Large Megellanic Cloud in its prime. Nearly every star in the photo was recently birthed. Think of it as a nursery of stars. 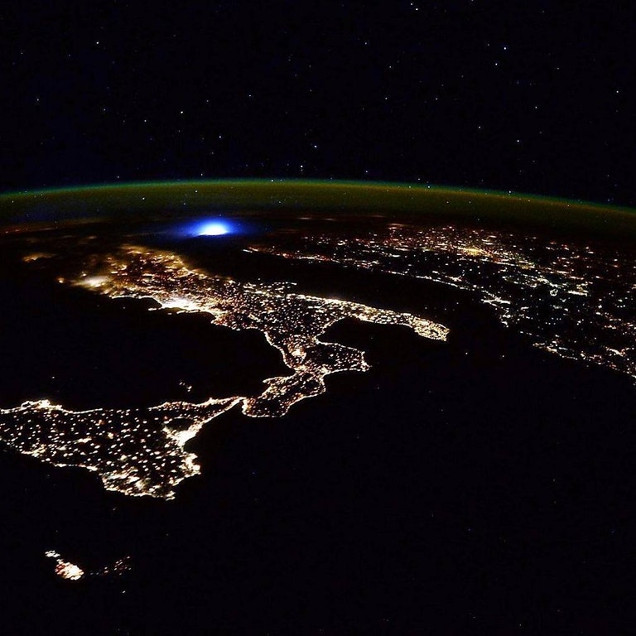 Also See: 16 Places On Earth That Look Out Of This World

And now as we conclude this gallery we arrive back on Earth with a spectacular light show in Italy. Earth isn't so bad after all. 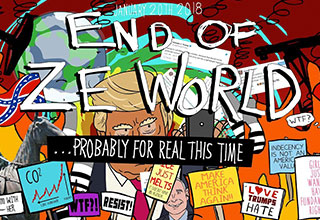 NEXT ARTICLE The End Of The World Part 2 . . . Probably For Real This Time