Marianne Williamson is one of the 20 democratic candidates running for president in the 2020 election, and until last night not many people had heard of her. Well, it might have been best if she remained unknown, for her anyways, as now the internet has set their sights on her history of Tweeting insane things.

Last night in her closing argument, Williamson said, "So I, sir, I have a feeling you know what you’re doing. I’m going to harness love for political purposes, I will meet you on that field, and sir, love will win." She has written over 13 books, 4 of them New York Times best-sellers, (don't ask us how) with titles such as, "Illuminata" and "The Law of Divine Compensation: On Work, Money, and Miracles".

Debates and politics can be boring, we get that, but it is exciting that the Dems now have a candidate who can at least rival Trump in some way. So here are some of Marianne Williamson's all-time best tweets. If there is a god, we pray he lets Williamson and Trump face-off in an epic debate.

Yin is feminine, earth; yang is masculine, sky. When God is seen as He, the soul is seen as She. Just archetypes. Spirit impregnates soul.

Everyone feels on some level like an alien in this world, because we ARE. We come from another realm of consciousness, and long for home.

When you're missing someone, know it just means that on a soul level they've come to visit.

Your mind is like an airplane, and YOU are the pilot: Rise above the clouds. Fly above the turbulence. Seek a smoother ride.

Let's all of us give birth to more love in the world today. And then tomorrow too. And then the day after that.

If you want a simple explanation for what's happening in America, watch AVATAR again.

All the films were good but AVATAR has changed the world. He didn't win an Oscar tonight, but James Cameron deserves a Nobel Peace Price #fb

The most important things in life are not visible to the physical eye. It’s only when we soul-explode beyond the confines of the mortal self, expanding the boundaries of what we think is real, that we begin to glimpse the truth of who we are and why we’re here.

To soar high, dig deep.To have an effect, don't try to. To get anything, give everything. And to win, don't care if you lose.

Your mind is like an airplane, and YOU are the pilot: Rise above the clouds. Fly above the turbulence. Seek a smoother ride.

When they go low, go to a higher frequency where they cannot touch you. https://t.co/O60zdXYQqP

Over every blade of grass there is an angel bent over whispering, "Grow! Grow! Grow!" -- The Talmud

Imagine within you a pool of light, filled with love, greatness, creativity and joy. Now see yourself stepping into it. Now stay there. #fb

Dance in the fields of infinite possibility.

The Goddess doesn't just dance under the moon on the night of a Solstice. She fiercely protects the children of the earth, and so should we.

The real you is not a body. Your body is merely a suit of clothes. Physical birth was not your beginning and physical death is not your end.

In chaotic times, seek peace within. You then become a harmonizer of external forces and a midwife to peace on earth.

The entire universe is literally conspiring to give you an amazing day today. Co-conspire. 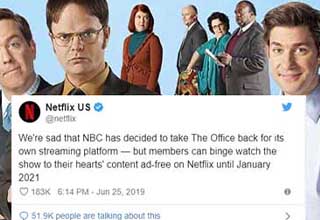