Here it is. Your one-stop shop for the best Halloween songs. Oldies, classic rock, pop, comedy, there's a little bit of everything on this list. This way everyone can be mad in the comments.

A cult-classic unlike any other. Get your drunk friends out on the dance floor, and get the party lit.

Fun fact, this song was actually released on Halloween in 1994.

The whole wolf thing makes it hard to leave this banger off the list.

Stemming from The Nightmare Before Christmas soundtrack, 'This is Halloween' is actually sung by Danny Elfman as well. Elfman is the singing voice of Jack Skellington while Chris Sarandon was the speaking voice.

One of the more recent songs on this list, 'Monster' is arguably the best track off of Kanye's My Beautiful Dark Twisted Fantasy.

A classic, and a must-have on any Halloween playlist. Funky as f***.

I mean, the title says it all.

Little known fact; Chris Brown (yup that one) was a co-writer on the hit song.

I have no shame putting this at number 12. Is it a good Halloween song? Of course it is. Is it the best? Absolutely not, and you're delusional if you think this belongs anywhere near the top 5.

In case you live under a rock, this song has become the anthem for skeleton and halloween internet subculture.

Again, with the wolf themes...

Beatnicks out to make it rich
Oh no, must be the season of the witch

Can we bring back calling people 'beatnicks' or nah?

The song is featured on the album titled, Hellbilly Deluxe. So yeah, Rob Zombie makes the top 10.

One of the most iconic horror movie themes of all time. Enough said.

The song was nominated for an Academy Award for Best Original Song, but ended up losing to Stevie Wonder.

If you don't get chills any time this song comes on, then maybe this list isn't for you. Creepy is an understatement.

What more could you want out of a horror anthem than MJ, Quincy Jones, and Vincent Price?

Let's see how salty everyone gets that 'Thriller' isn't number 1. But seriously instead of playing Michael Jackson on repeat all Halloween, try being somewhat original and throw on 'The Creep.' 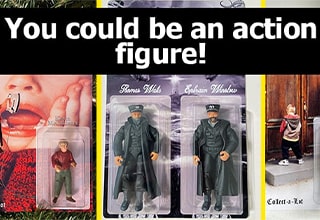