History is full of all kinds of fascinating photographs of various people, places and events.  Thanks to advancements in technology and the hard work of skilled photo editors, black and white photos can take on a whole new life with a process known as colorizing.   Check out some amazing of these amazing and poignant photographs reborn with a touch of color. 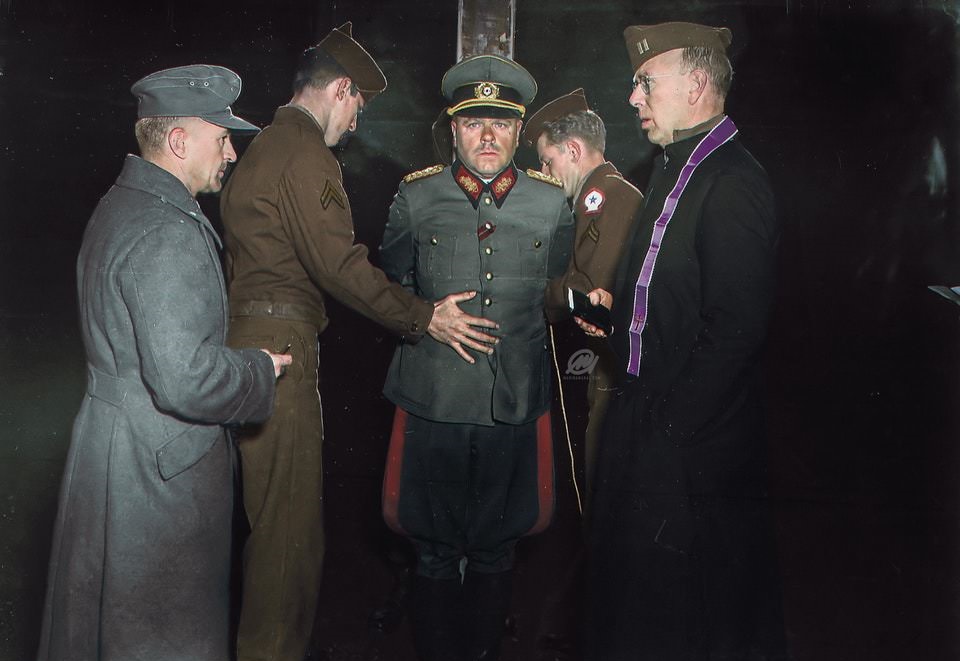 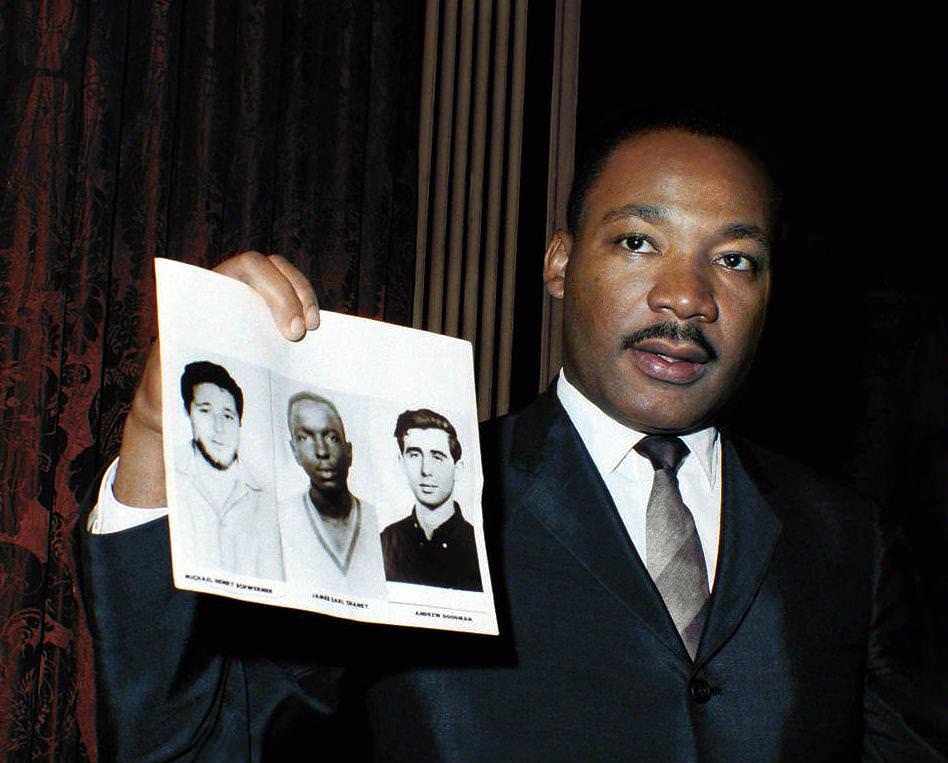 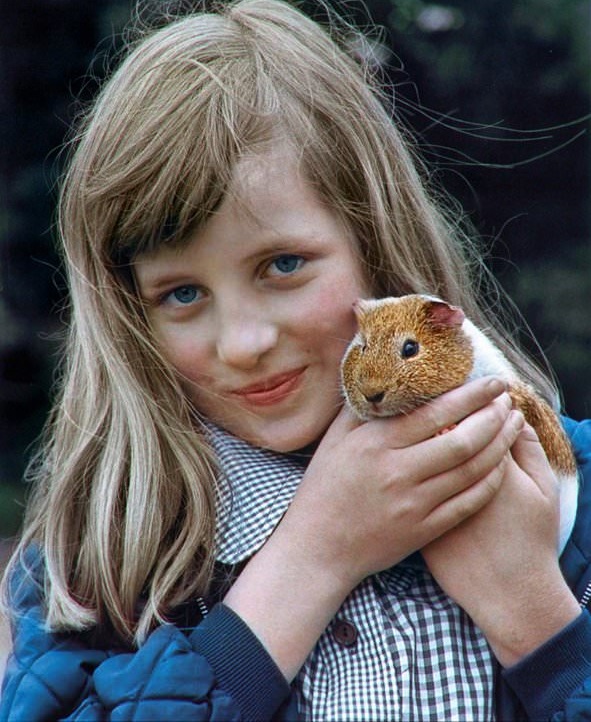 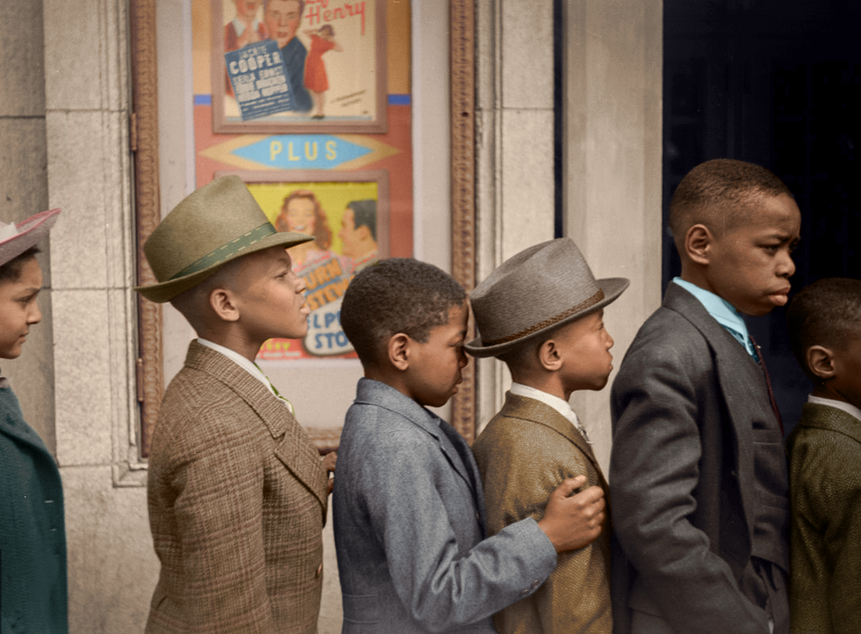 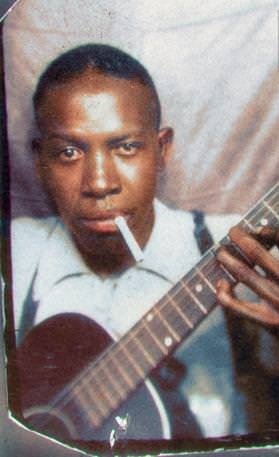 American blues singer-songwriter and musician Robert Johnson. His landmark recordings in 1936 and 1937 would influence musicians for generations to come. This “photo-booth self-portrait” of Johnson, believed to have been taken in the early 1930s, is one of only two known photos of Johnson that have been made public. 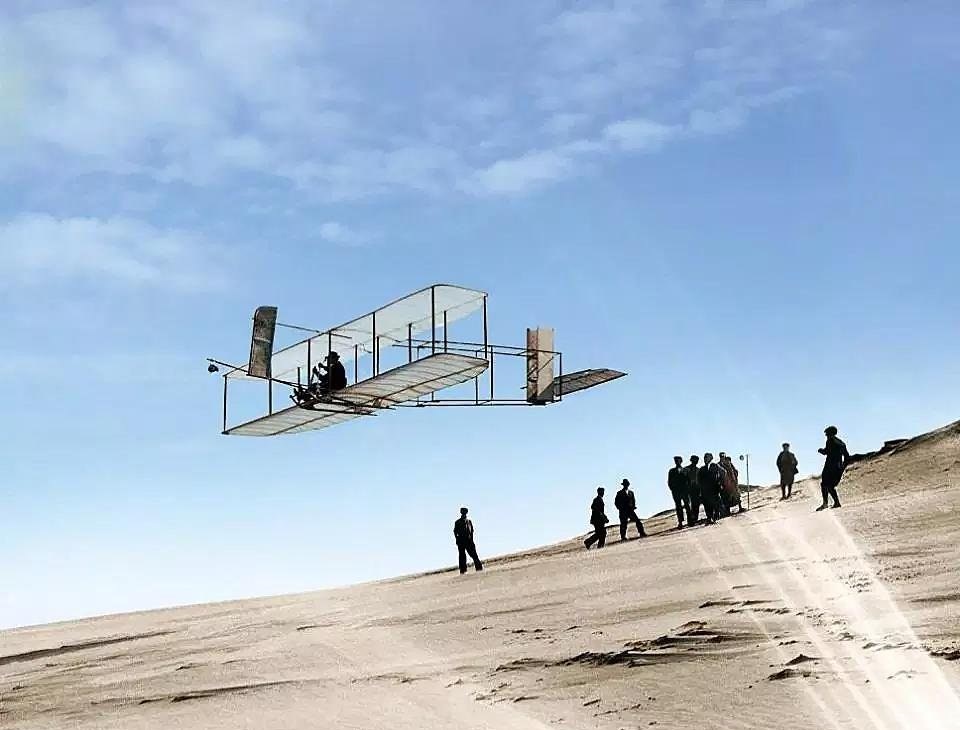 Orville Wright flying a glider over the dunes of North Carolina, 1902. 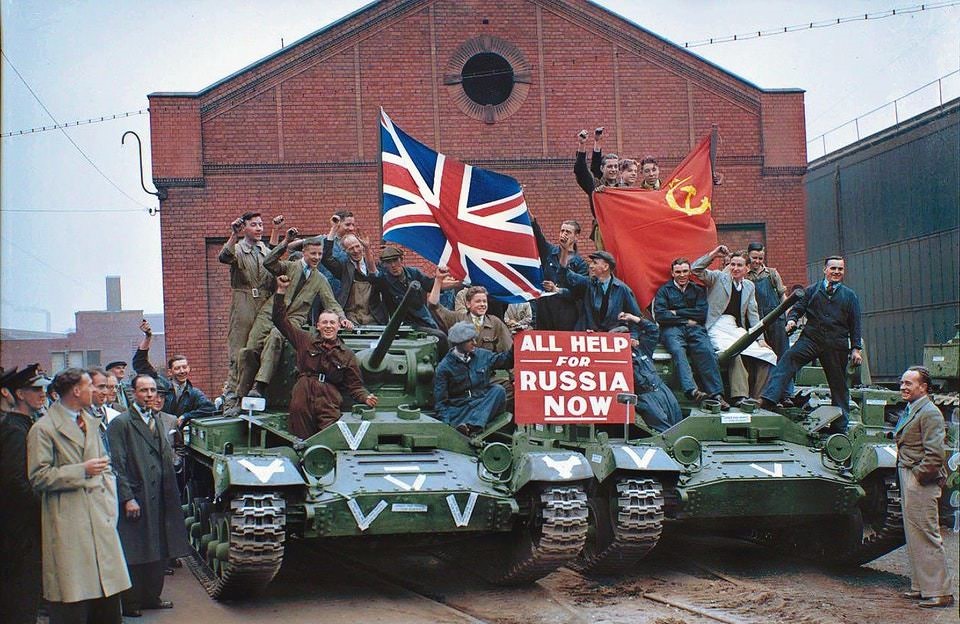 Factory workers ride on Valentine Mk2 tanks as they leave a factory in Smethwick, England.  September 22, 1941. 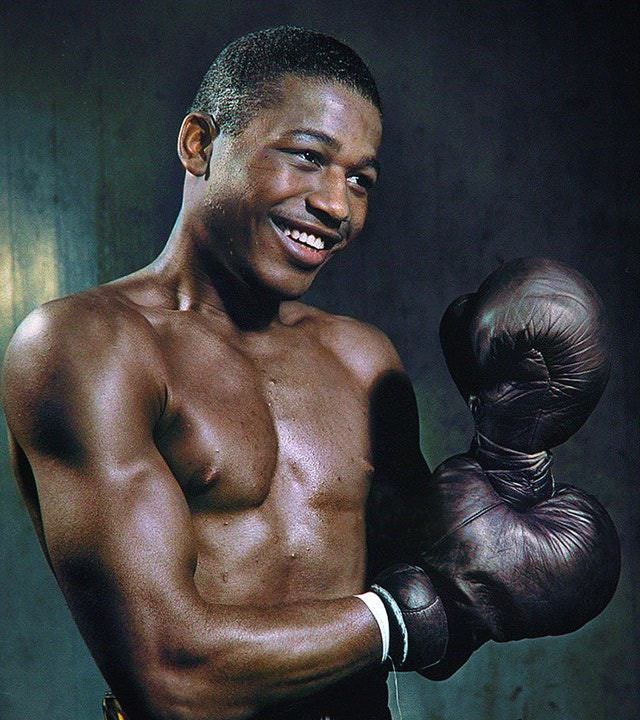 American professional boxer Sugar Ray Robinson, who competed from 1940 to 1965. and was widely considered the greatest pound-for-pound boxer of all time. Robinson was 85–0 as an amateur with 69 of those victories coming by way of knockout. Photo taken in 1942. 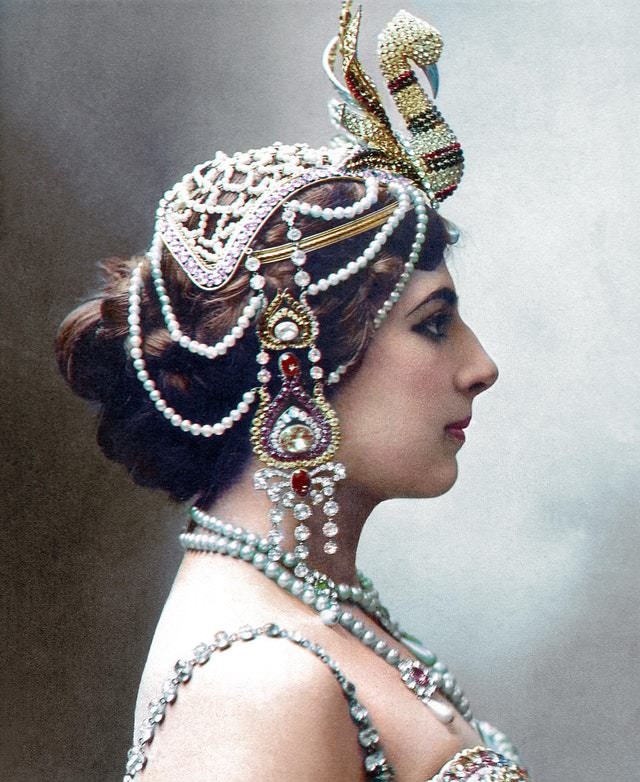 Margaretha Geertruida "Margreet" MacLeod (better known by the stage name Mata Hari), was an exotic dancer who was later convicted of being a spy for Germany during World War I and eventually executed by firing squad in France. 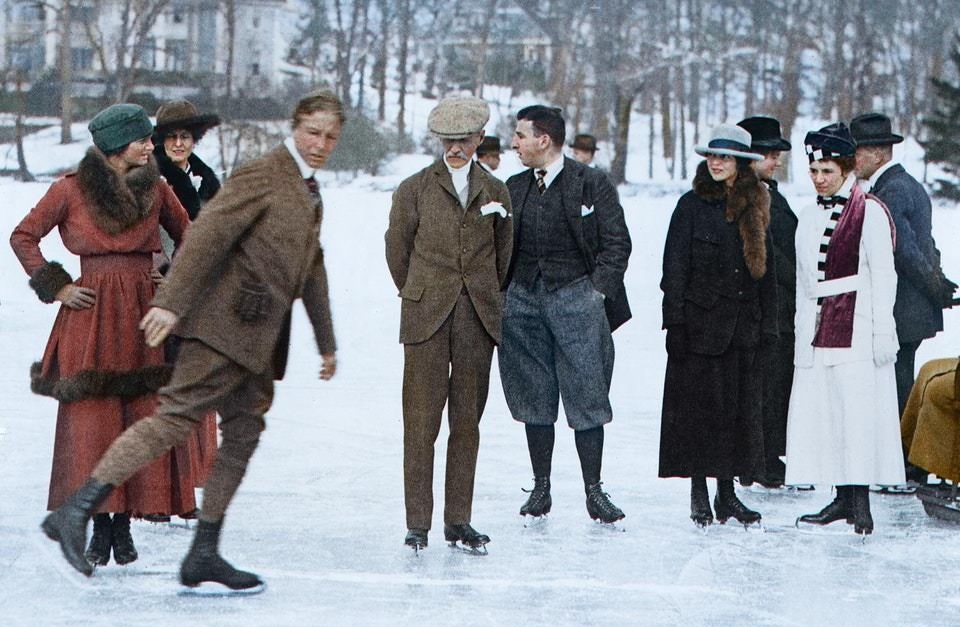 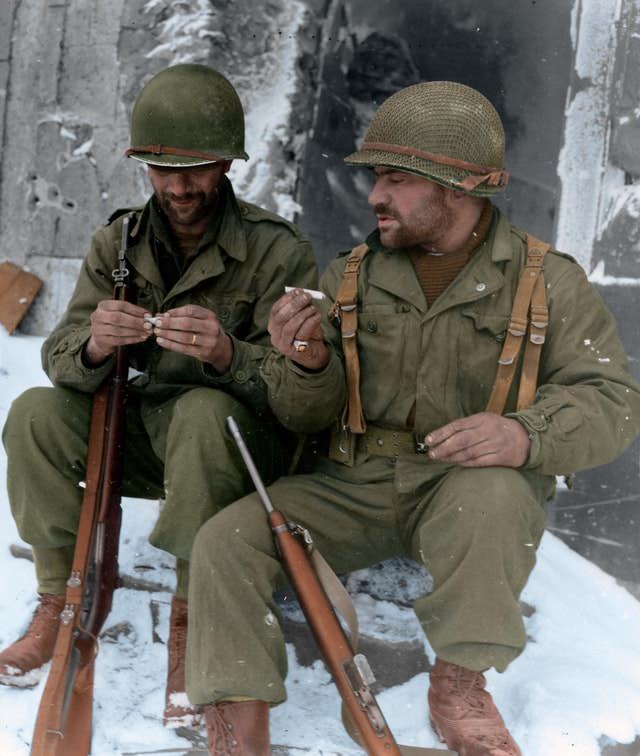 Two riflemen from the 317th Infantry Regiment, 80th Infantry Division, take a moment to roll their own cigarettes in Goesdorf after 27 days of fighting. January 10, 1945. 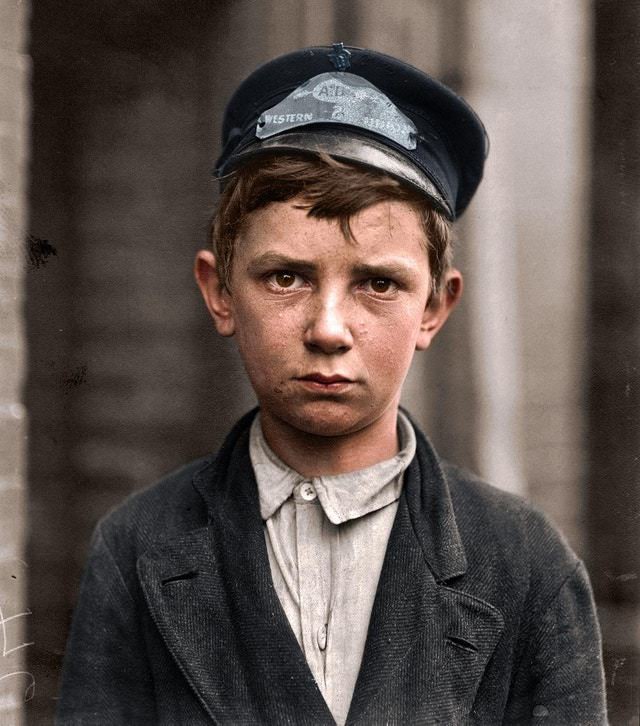 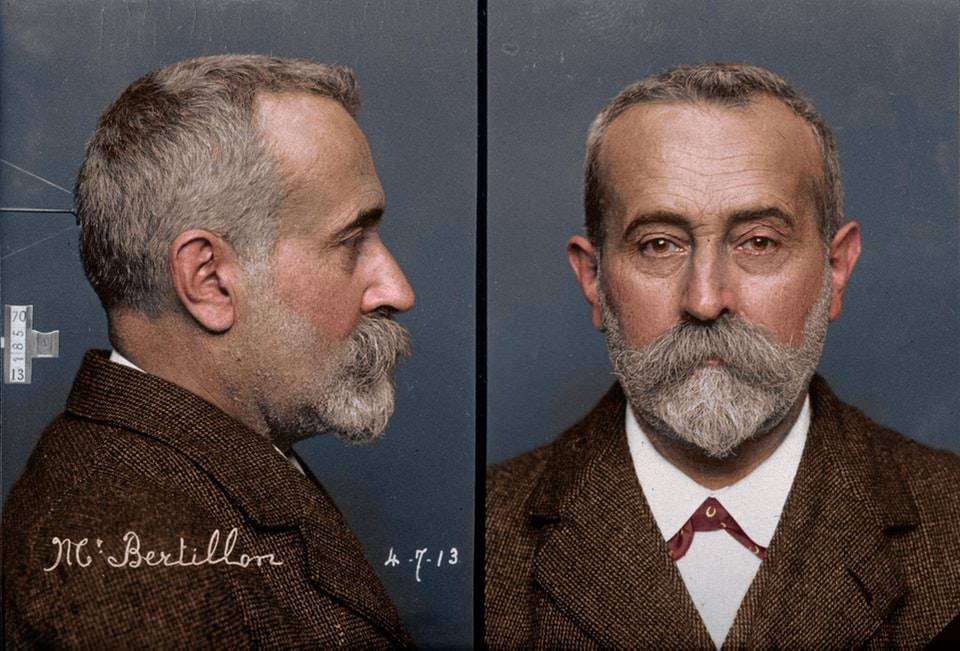 Alphonse Bertillon in 1913, demonstrating the two-part 'mugshot' method of photographing suspects that he pioneered. 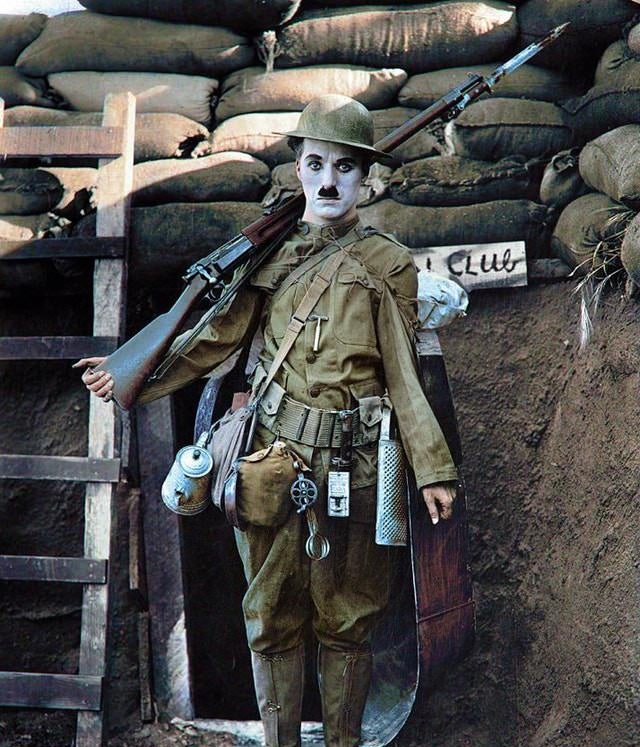 Charlie Chaplin as a soldier in his second film for First National Pictures, "Shoulder Arms", in 1918. The film was a silent comedy film.  It was Chaplin's shortest feature film as well as the first film he directed. 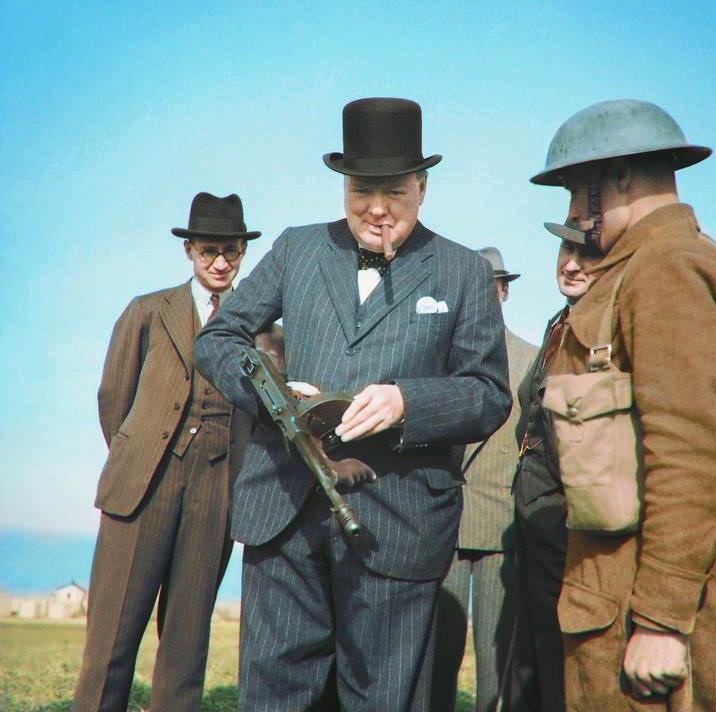 Winston Churchill handling a 'tommy gun' during an inspection of the coastal invasion defences near Hartlepool, England.  July 31st, 1940. 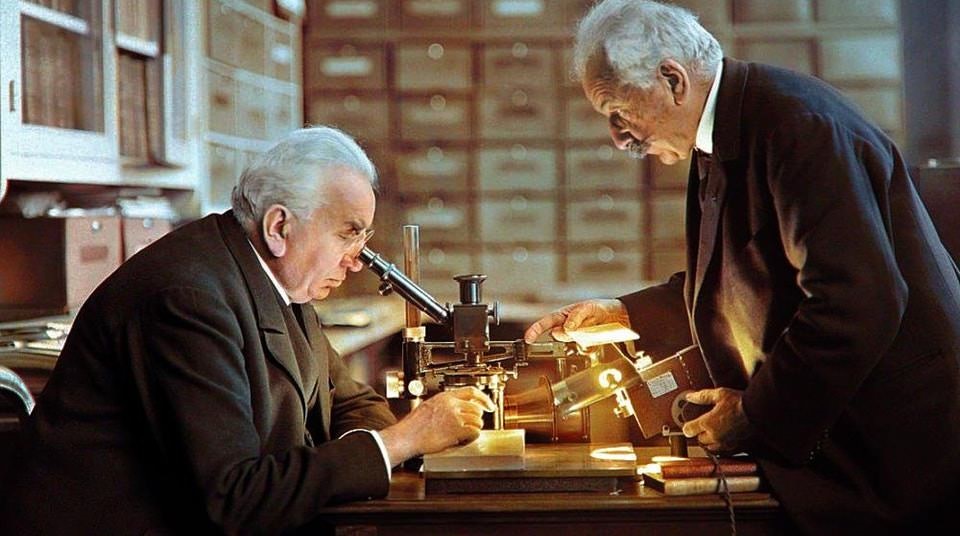 The Lumière brothers (Louis on the left & Auguste on the right) in their laboratory. Lyon, ca. 1925. The brothers were among the first film makers in history. They patented an improved cinematograph which allowed simultaneous viewing by multiple people. 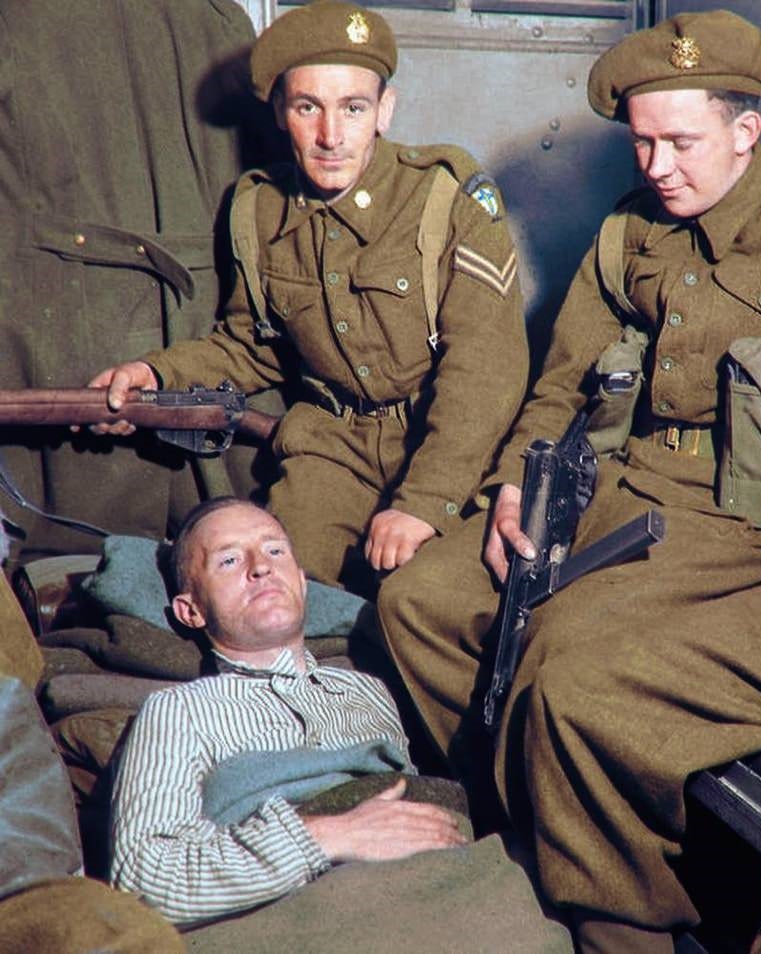 The Capture of William Joyce (May 1945), aka "Lord Haw Haw". Joyce was an Anglo-Irish Fascist politician and Nazi propaganda broadcaster in Germany. 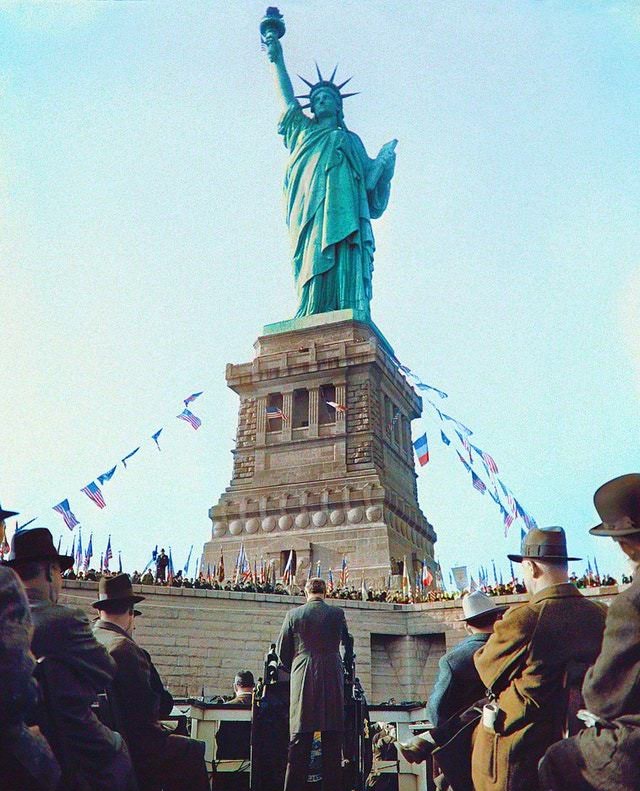 President Franklin Delano Roosevelt's address on the 50th anniversary of the Statue of Liberty. October 28, 1936. 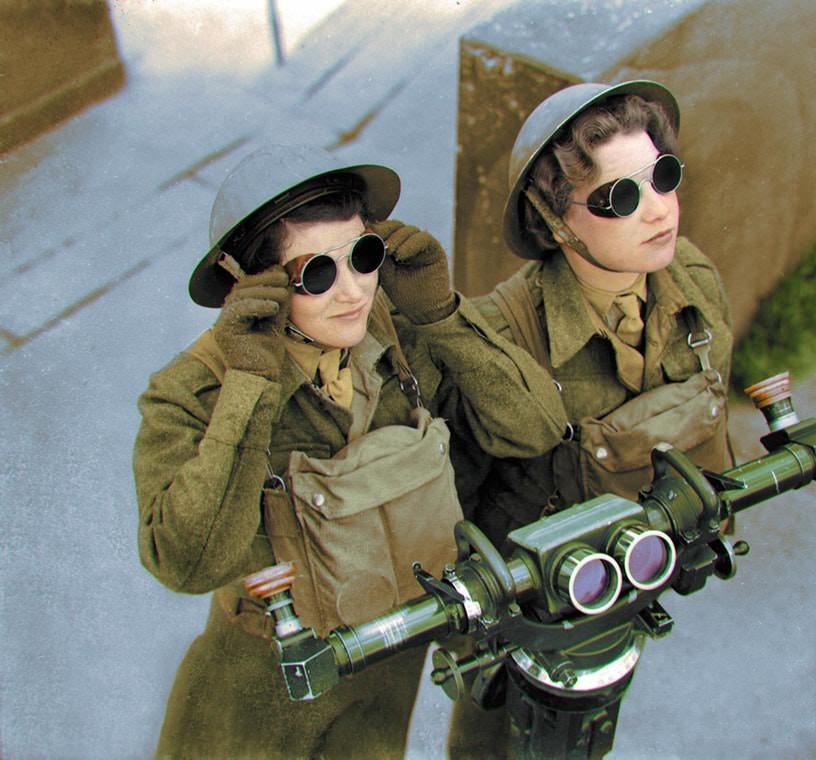 ATS spotters, wearing sunglasses, watch for any signs of hostile aircraft at a London anti-aircraft bunker. In front of them is a 1940's era range-finder. September 1940. 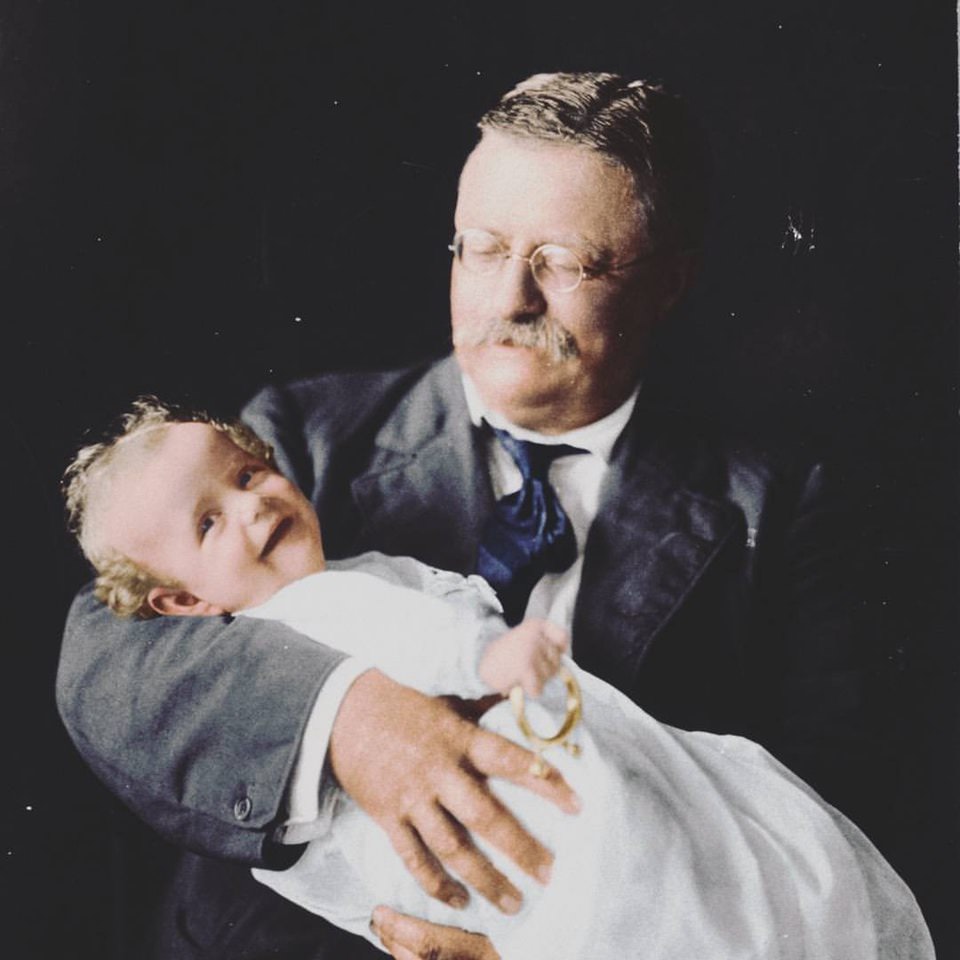 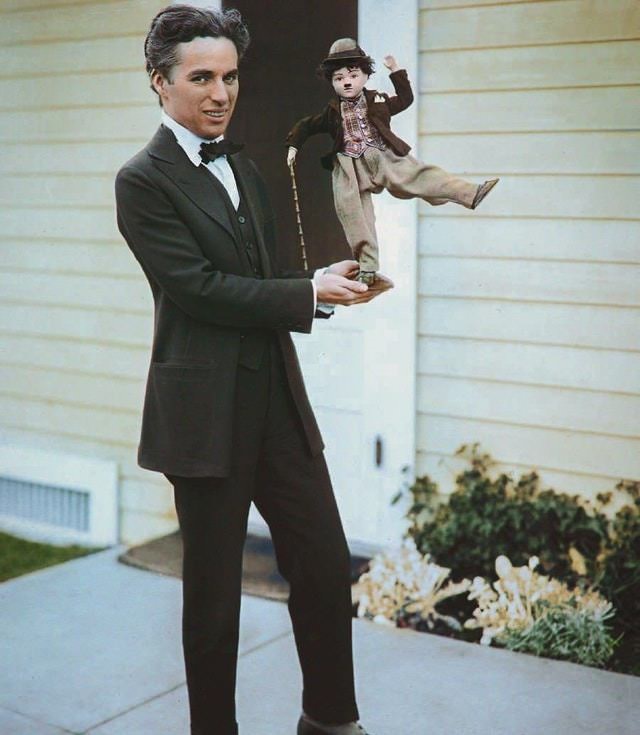 Charlie Chaplin holding a puppet version of his character "The Tramp", circa  1914. 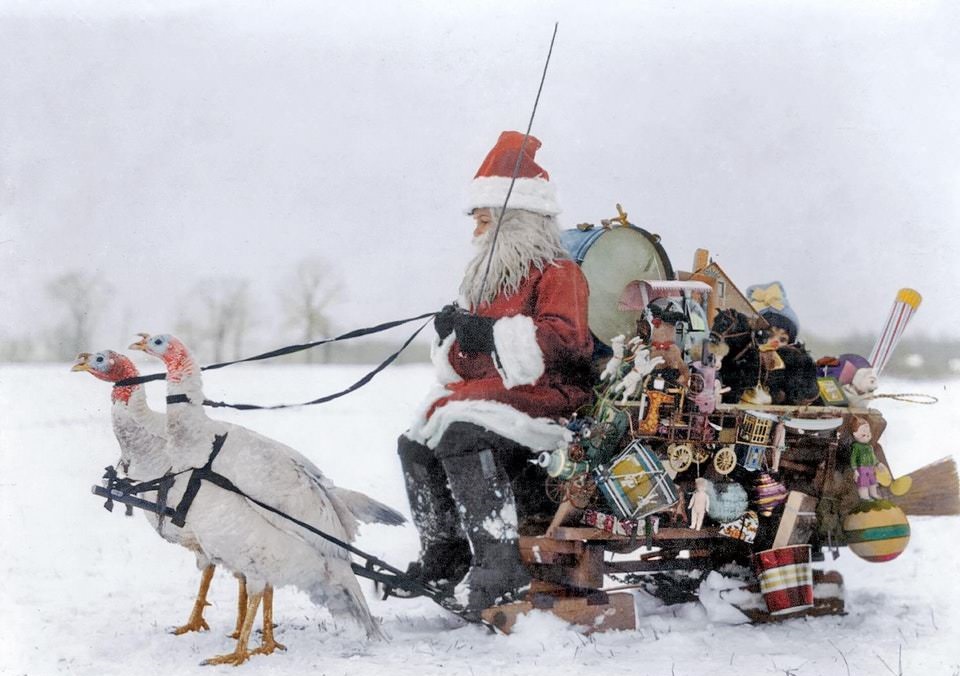 Santa Claus with Christmas toys on a sled drawn by white turkeys, 1909. 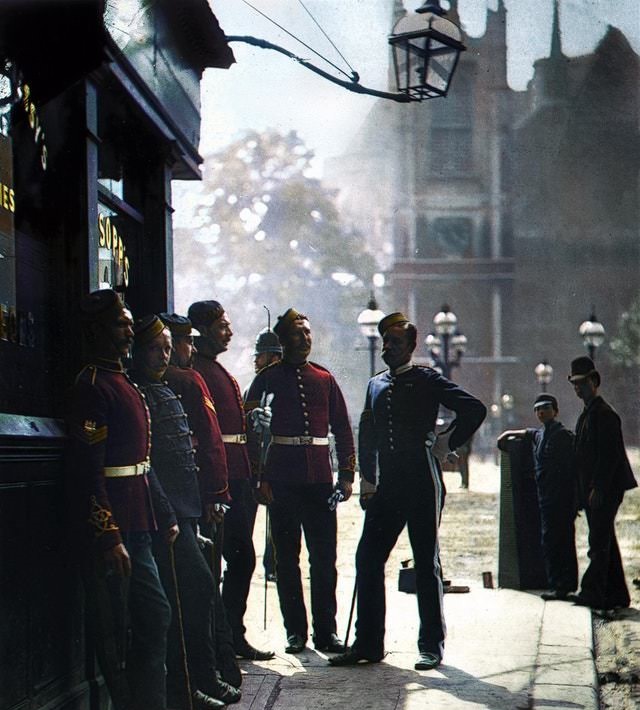 Recruiting sergeants at the Mitre and Dove Pub, in Westminster, London. circa 1877. 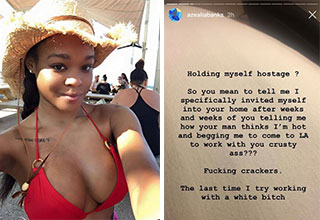