"Don't ask me how I know, but Epstein died an hour ago from hanging, cardiac arrest. Screencap this."

Buzzfeed News reported the above message was posted to /pol/ at 8:16 a.m. ET, exactly 38 minutes before ABC reporter Aaron Katersky first tweeted about Jeffrey Epstein's death, and nearly an hour before anyone else.

The original poster on 4chan added details later on after getting berated with responses from other people who didn't believe him. The details include specifics about how they tried to resuscitate Epstein. 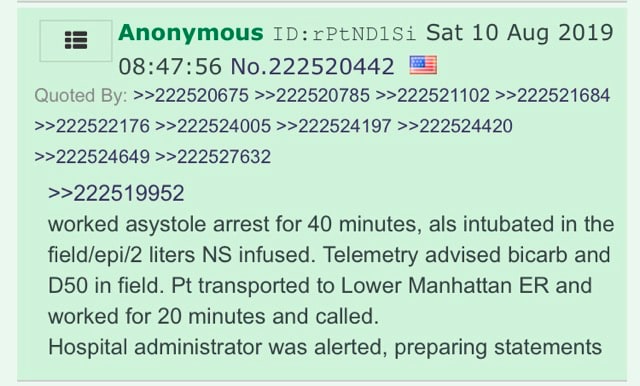 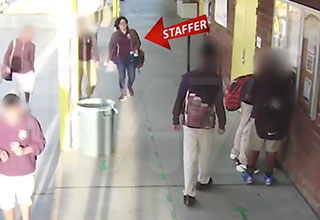