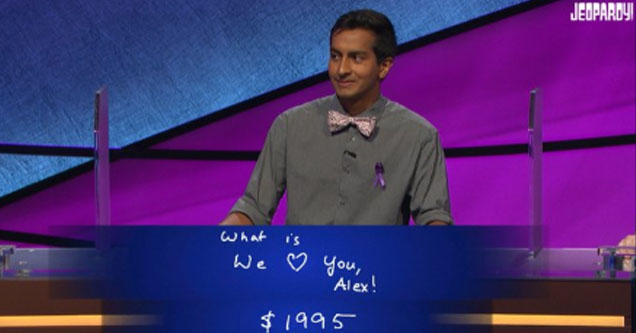 'Jeopardy' host Alex Trebek shared his pancreatic cancer diagnosis with fans earlier this year, and has been bravely battling the disease while still hosting the show ever since. Naturally, Trebek's many loyal fans have shared a lot of messages of support, but a recent gesture made on-air had him visibly choked up:

During the "Final Jeopardy" round, contestant Dhruv Gaur used a question about an 1890 exposé of poverty in New York to share a message of love and support. It's evident from the clip that Trebek was expecting to read a standard answer, and was clearly surprised to see a message reading "We love you, Alex!" instead.

Dhruv later took to Twitter to provide some additional context - during the taping of that episode, Trebek revealed to the contestants that he'd be re-entering treatment for his cancer soon.

Monday's episode was part of a regular "Tournament of Champions," bringing back past winners to compete. All the contestants wore purple ribbons to support pancreatic cancer awareness, and will also be organizing a fundraiser in support of pancreatic cancer research.

The #Jeopardy Tournament of Champions competitors are organizing a charitable play along to help fight pancreatic cancer. See below for details, play along, spread the word, and let’s do what we can to help win this fight. pic.twitter.com/tP9CG49paP

Messages of support from choked-up fans also poured in on Twitter: 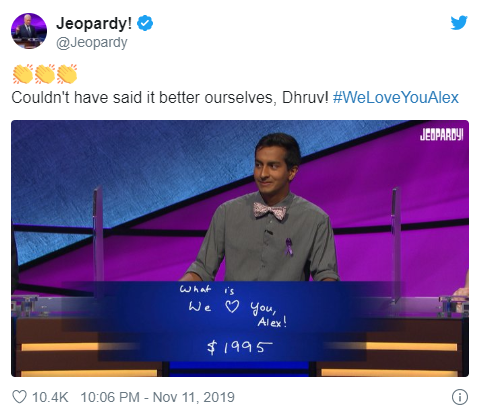 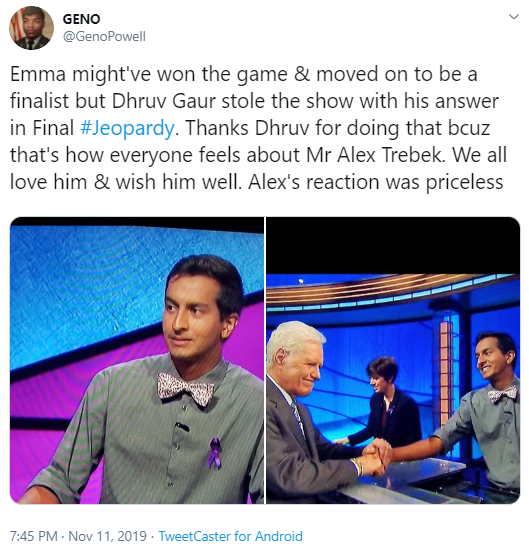 Alex Trebek: *Gets choked up at the "We love you Alex" final Jeopardy answer*
Me:#weloveyoualex pic.twitter.com/zsc1gfQr2s

Alex Trebek trying to hold it together, but all of us are like:
#Jeopardy #weloveyoualex pic.twitter.com/UUpBfOWK6J 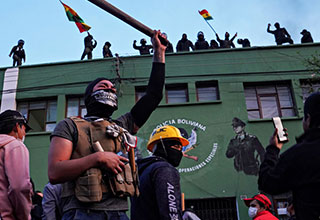 NEXT ARTICLE Conspiracies Swirl Around Supposed CIA Coup In Bolivia