The self-proclaimed "alpha male" Nick Adams is frustrated, because due to inflation apparently "alphas" can only go to Hooters once a week. He blames this on Joe Biden and reminisces for those good ol' days when guys could go to Hooters whenever they wanted.

I was at Hooters tonight having some beer and wings when I overheard the table of alphas next to me complaining about the price of wings under Biden.

When Trump was in office, alpha males were able to eat at Hooters every single week. Now, they're struggling to go once a month.

Alpha males eat wings and drink beer at Hooters with the boys, Beta males nibble on tapas at Spanish Vegan cafes with their wives.

Nick Adams claims to be "Trump's favorite author," and hosts a Twitter account that even the most outlandish parodies of our 45th President's cultish following would be envious of. The "Australian by birth, American by choice" has a strange obsession with Hooters, and seems to think that it's a place "alpha" males should regular. Some other people, and logical thinking as a whole, have other ideas.

As a former Hooters girl I can assure you only betas who liked to think they were 'alpha males' ate there.

And we all laughed when you left.

If you have to prop up your manhood by bragging about eating at Hooters, you're 100% NOT an "alpha male".

Of course, anyone can actually still go to Hooters every day if they so please, and many people were quick to point this out, along with the fact that it might not actually be the "alpha" thing to do.

If they are alphas, why are they struggling? Is it actually possible for you to make one tweet without bringing up the word alpha? If you REALLY were one, you wouldn’t have to tell anybody. Seems like you’re trying to convince yourself. And poultry prices have risen 20% at most.

Alphas BBQ their own wings and the Hooters girls show up for the party.

Surprised you didn't know that.

You sure hang out at a lot of places where you can watch and listen to other men without them knowing you're doing it, Nick. Just an observation.

While inflation is undoubtedly a problem in the United States, it is worth pointing out that our current rates are about average when compared to the rest of the world, and have recently started to decrease. This period of global inflation is primarily the result of supply chain issues dating back to Covid, and Russia's invasion of Ukraine. To blame Trump or Biden exclusively is ignorant of our role in the global economy.

The New York Times has also reported that on a domestic level, both Biden's American Rescue Plan, and Trump's Covid economic relief packages are factors in American inflation.

Ultimately, Nick Adams needs to realize that there is plenty of blame to go around when it comes to the prices in and around Hooters. Perhaps he just needs to find the right group of buddies to go with... but maybe they should drop that "alpha" business. The waitresses might laugh at them otherwise.

Am I the only one that thinks this is a parody account?? He gets more comical with every post. It has to be a joke. It's gotten really outlandish. 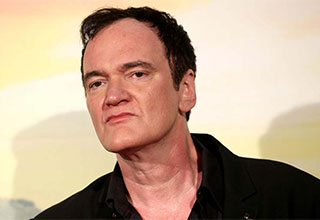