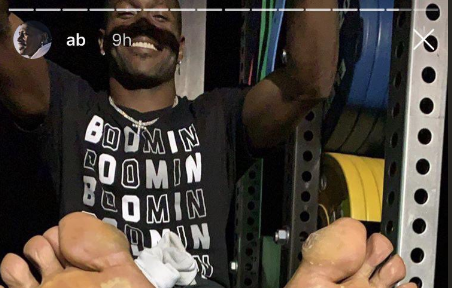 Raiders  53 million-dollar wide receiver, Antonio Brown, has been unable to participate in most of training camp this year, and we finally know why.

Yesterday, Brown took to Instagram to show off exactly what's been going on with him, and it's pretty gross. According to Pro Football Talk, his feet were frostbitten from using a cryotherapy machine without the proper footwear. When's the last time you heard about an NFL star having frostbite? 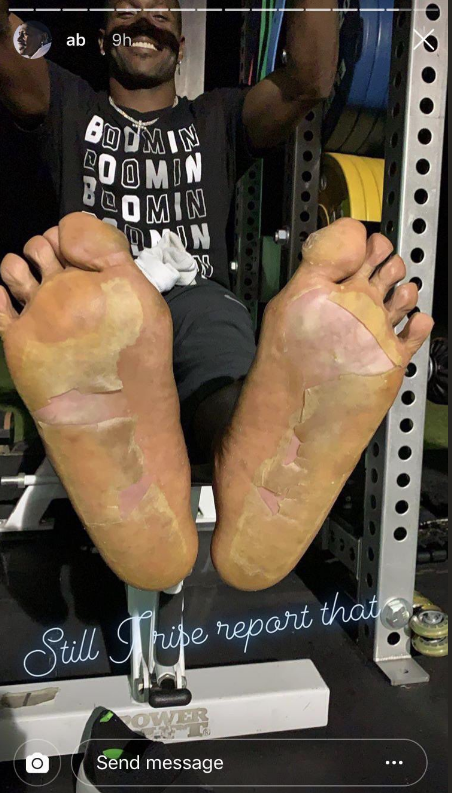 Not very appealing, but his feet are definitely a peeling.

#AntonioBrown has a foot injury due to Frostbite from a Cryotherapy last month in France because he didn’t wear the proper foot attire. You can’t make this stuff up. AB is a complete Imbecile. #Raiders

#AB dumb as hell. Frostbite on his feet #antoniobrown

#AntonioBrown is believed to be suffering from a case of frostbite on his feet from #cryotherapy .If it's true,I assume he has his own machine as they are available to purchase. Cost is up to $600,000.00, not sure cost of this entire body unit.Can't wait to hear the entire story. pic.twitter.com/f8gsWyI6Vl 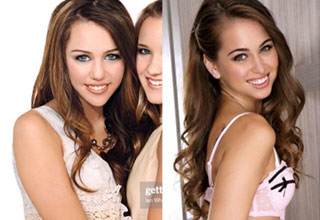 NEXT ARTICLE Riley Reid Tweets And Memes That Are Totally SFW