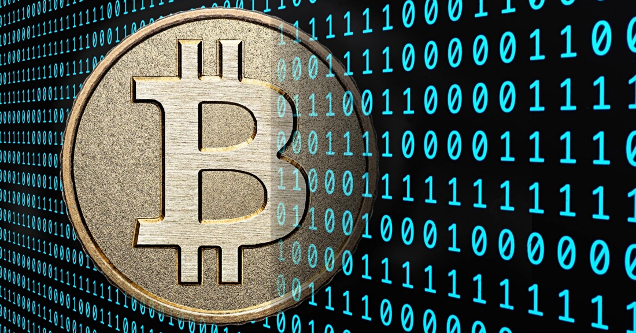 Update: Following this news coming out, Lakestone Bank & Trust's social media pages are taking a beating with negative reviews. Here are just a few examples from Google where it has an average of 1.3 out of 5 stars and over 50 reviews in the past week:

You do not have the authority to tell your CUSTOMERS how they can or can't spend their money for legal activities. You provide a service for the customers, not the other way around. Continue to delete the reviews on your Facebook and elsewhere. They will continue to come and show everyone how you attempt to control how customers spend their own money. - Michael Knepper

This bank is telling people where they are allowed to spend their money. It is in no ones best interested to use their services. I've recently closed my account and moved over to bank of america, who is more than happy to let me spend MY money however I should choose. - Nik Johnson

Original Story: With cryptocurrency on the rise, there's a lot to be excited about for the average person; investment growth, decentralization of currency, and new tech to talk about.

Not everyone is winning, though. Banks are seeing a record number of people using ACH and wire transfers for transactions on cryptocurrency exchanges like Coinbase. That means customers are moving money outside of their control in a way we haven't seen since Gold and Silver spiked at their all-time high in late 2011.

Most banks are simply making things difficult for customers by initially denying transactions, something I was hit hard with a couple weeks ago by Bank of America—they didn't even tell me they blocked the transaction until over eight days later. But others are taking things a step further.

A friend of mine named Jordan received a harsh letter this week from his bank of over eight years, Lakestone Bank & Trust. "You are making purchases and receiving funds from Coinbase.com", the letter says, "a type of business transaction that is against Lakestone's policies".

The letter goes on to say that they will "continue to monitor" his account for cryptocurrency transactions, and if caught could lead to closure of the account. 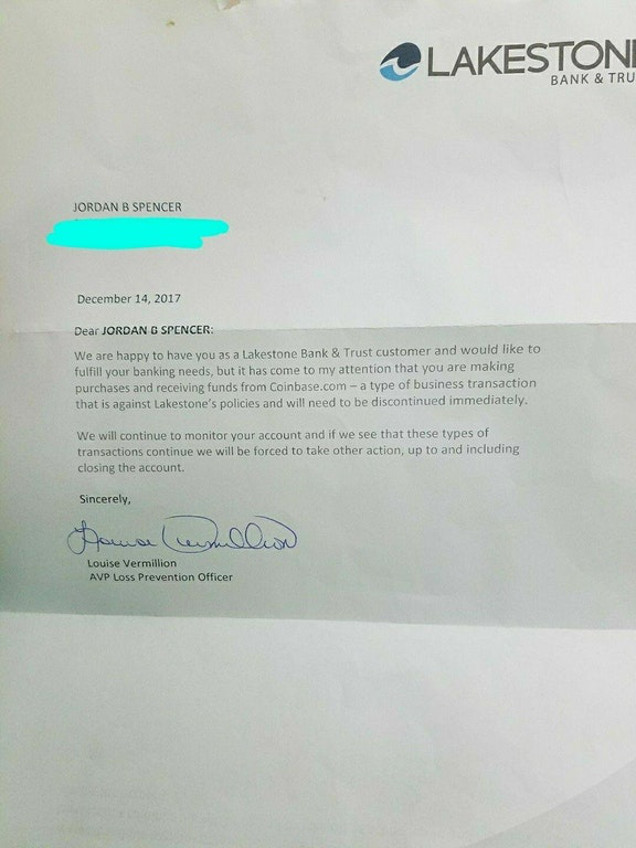 Reports of similar letters have been mentioned frequently on the cryptocurrency subreddit, with most reports popping up during the past six weeks, just in-time for the explosion of interest as Bitcoin has grown to a valuation of over $16,000 per.

Also Watch: A Day In The Life Of A Teenage Bitcoin Millionaire

Most cryptocurrency investors recommend using credit unions. Alternatively, you can use a Bitcoin ATM to purchase with cash, which is virtually untraceable. 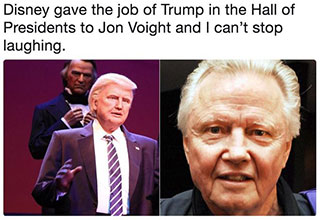