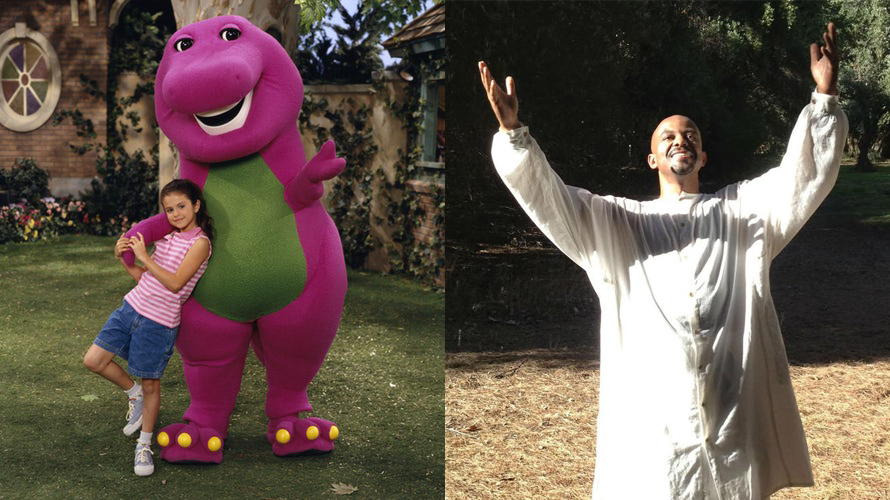 He loves you; you love him. Or depending on your age, you always hated that mind-numbing children's entertainer. But maybe, with some new information that's come to light in the public sphere, you'll at least think, "Okay, this guy is kinda chill."

The purple dinosaur that shaped many a childhood was played by David Joyner, who now "works" as a tantra massage specialist.

For just $350, clients (he only takes women, no homo) get a three to four hour session, including, but not limited to, a ritual bath, chakra balancing, and a massage. And sometimes fucking. But always mega orgasms (or so he claims to guarantee). The point of which is to fully release a woman's blocked energy. I've used that line before.

Joyner has explained to press previously that the "energy" he brought up while in costume as Barney was based on the "foundation of tantra," which he was studying even back then. In fact, Joyner was already so enthusiastic about tantra at the time that the show's attorneys had to bar him from the discussion or recruitment for tantra with other staff.

So okay, ex-Barney guy does the tantra; that's kind of funny. But here's where it gets weird. Joyner has approximately 30 clients, whom he refers to as "goddesses" not unlike Charlie Sheen to his polygamous lovers. He recruits them in various ways, some having found Joyner from word of mouth and some he convinced to try tantra over the Tinder app. That's not typical of tantra specialists, and it's especially not typical to actually have sex with one's clients.

"When the lingam [cock] and the yoni [peachfish] meet, there's a certain energy that takes place that hands on the body alone cannot create," Joyner told Vice, justifying the practice of fucking his patients.

Other tantra experts have criticized Joyner's methods, especially the unethical way in which he does it: he's having sex with them without a condom... you know, to make sure no energy is blocked.

But if you're not ready for the highest level of physical and spiritual fulfillment, he's down to just munch it.

"When you go down on a woman, it should be just like you’re saying grace, like blessing the food you’re about to receive. No food in the world can compare to goddess nectar because spirit is involved. Before you taste the goddess nectar, give thanks. Say grace. I would love women to understand how powerful that energy is.”

There's also a chance this entire thing, practiced in the state of California, is illegal. Joyner attempted a legal loophole by stating that the first session is free. However, if the subsequent sessions have a fee, a fee that is in fact charged for a woman reaching a "spiritual height", ie. - orgasm, then the O.G. eggplant emoji come-to-life known as Barney is a motherfucking hooker.

But according to Joyner, all he wants to do is spread the gospel of tantra and the power of goddess energy, whether in a dinosaur costume or as a "massage specialist." 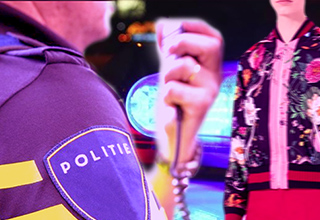