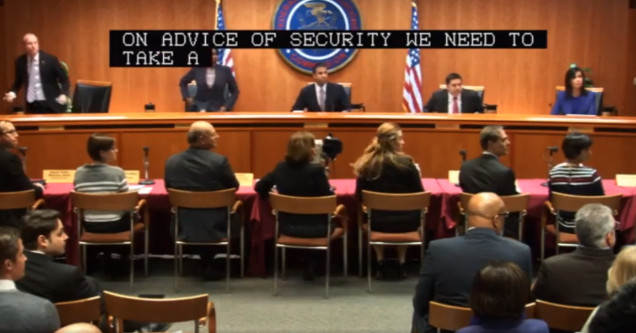 As you might have noticed, just about everyone is triggered over the Net Neutrality ruling today. The FCC has officially repealed Net Neutrality, and the assumption by many is that the internet is ruined forever.

Twitter and other social media have exploded with outrage after months of campaigning and trying to raise awareness.

Right in the middle of FCC Chairman Ajit Pai sharing details on what all this means, a lady walked up and handed him a note. Things immediately got serious as he said the following:

On advice of security we need to take a brief recess.

Apparently a bomb threat was reported at the facility. People in the room became understandably nervous, looking toward the main entrance to see what was going on, as seen in the recorded video below:

Although nothing would happen, there was a feeling of tension in the room for the next hour as protesters screamed outside.

It probably didn't help that Ajit Pai made a joke of the situation yesterday when he released a video titled "PSA from Chairman of the FCC Ajit Pai" where he dressed up like Santa Claus, shot a nerf gun, and wore 3D glasses.

At this point Ajit Pai has become a popular figure to hate. Here are just some of the things people are saying about him:

The video of Ajit Pai trying to reconcile us before the end of the net makes me want to vomit till my stomach turns inside out. #NetNeutrality #AjitPai

#AjitPai is the ugliest prostitute I have ever seen.

@AjitPaiFCC I hope every time you bite into a slice of pizza it burns the shit out of your mouth.#NetNuetrality #ajitpai #getbent

on a side note about #AjitPai, I hope every hacker out there ruins this smug shitstains life. I hope every cook makes his food with extra pubes. (1/3)

He might want to hire a bodyguard or two. 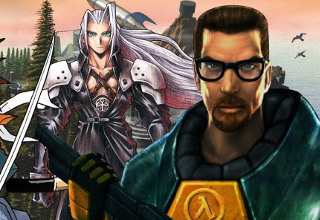 NEXT ARTICLE 15 Nostalgic Facts You Definitely Didn't Know About Gaming