Bitcoin has made a lot of people a lot of money.  Currently, the digital / cryptocurrency is worth over $34,000 a coin.   Now imagine that you had $220 million dollars worth of Bitcoin, and you couldn't remember the password to cash it in.

That's exactly what happened to Stefan Thomas, a computer programmer from San Francisco. The password he can't remember will let him unlock a small hard drive, known as an IronKey, which contains the private keys to a digital wallet that holds 7,002 Bitcoin. The problem is IronKey only gives you 10 attempts to enter the correct password before it completely locks you out and encrypts the data, essentially making it lost forever. So far Thomas has used up 8 of those tries with incorrect passwords.

Not surprisingly, this isn't all that uncommon of a problem in the digital currency world.  Think about all the times you've had to reset a password because you forgot it or were using some variation of another password that you couldn't remember.

Experts from chainalysis.com say that "about $140 billion in Bitcoin has been lost due to forgotten passwords, locked accounts, and permanent encryption because Bitcoin has no middleman or company to store passwords and help with recovery".  This is partly because
the central idea around Bitcoin was to allow anyone in the world to open a digital bank account and hold the money in a way that no government could prevent or regulate.

In an interview with the New York Times, Brad Yasar was quoted as saying

“Through the years I would say I have spent hundreds of hours trying to get back into these wallets,” said Brad Yasar, an entrepreneur in Los Angeles who has a few desktop computers that contain thousands of Bitcoin he created, or mined, during the early days of the technology. While those Bitcoin are now worth hundreds of millions of dollars, he lost his passwords many years ago and has put the hard drives containing them in vacuum-sealed bags, out of sight.

“I don’t want to be reminded every day that what I have now is a fraction of what I could have that I lost,” he said." 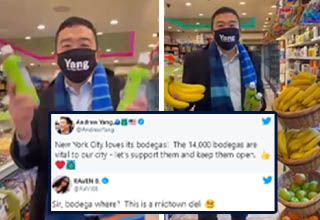