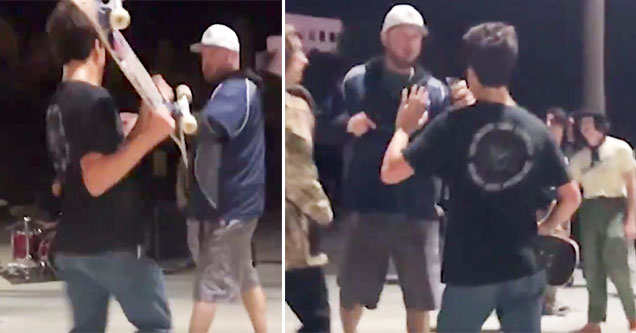 An off-duty Orange County Sheriff's Department deputy, who was filmed pointing a hand gun at a young skater who raised his skateboard to him in San Clemente last week, has been put on administrative leave.

Witness say the confrontation began after the plain clothes officer approached the kids and told them to turn off their loud music. The officer can be seen pulling a hand-gun from his pocket and walking the kid up against the fence, before the video ends.

A California police officer was placed on administrative leave after a video appeared to show him threatening a group of teen skaters at gunpoint, authorities said. https://t.co/oQnjPZMZq1 pic.twitter.com/dXxHyBCVa0

The Orange County Sheriff's Department has not release the officer's identity.  A witness told CBSLA that, "my friend didn't know he was a cop. He was coming up to a friend very fast and aggressive, so my other friend jumped in and put his hand out for him to stop … the guy grabbed his hand aggressively - my other friend held up his skateboard for him to stop, then the guy pulled a gun and said 'I'll shoot you in the f---ing face if you don't stop." 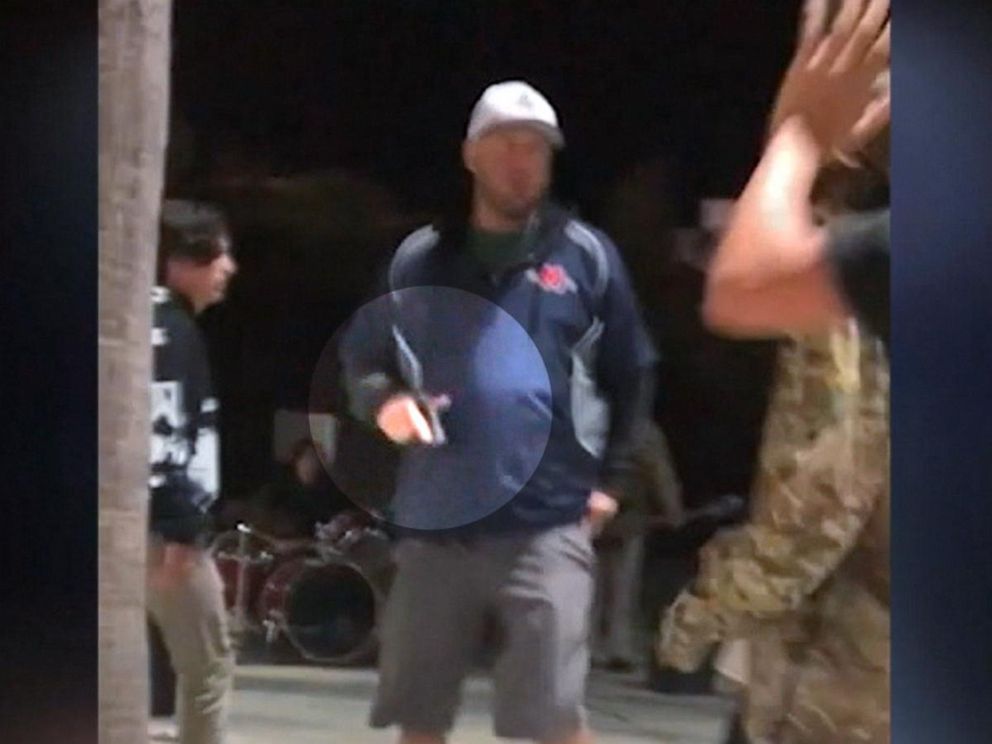 We hope this guy gets fired and there is no question he should be. No one who treats children playing loud music at a skatepark should be able to walk around town with a gun let alone a badge. 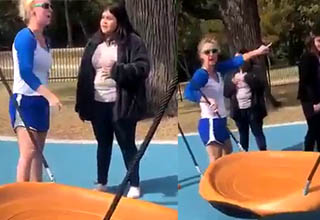