Joseph James DeAngelo, 72, has been arrested as a suspect in the notorious Golden State Killer case, also known as the East Area Rapist. DeAngelo stands accused of 12 homicides, 45 rapes, and some 100 plus home burglaries that date back to the 1970s. According to the Sacramento County Sheriff's Department, Joseph DeAngelo was arrested early Wednesday morning in his Citrus Heights home.

Joseph DeAngelo's first attack took place in May of 1976 in Rancho Cordova, a Sacramento suburban community. Authorities believe DeAngelo primarily sought after upper-middle-class single women as his victims and operated in the northern Sacramento communities until late summer of 1977.

In 1977, DeAngelo is believed to have sent a poem titled, "Excitement's Crave", to the offices of the Sacramento Bee, city mayor's, and KVIE 6. Though it has never been authenticated many people believe it to be the work of the Golden State Killer.

Sacramento should make an offer.

To make a movie of my life

That will pay for my planned exile.

Just now I' d like to add the wife

Of a Mafia lord to my file.

See you in the press or on T.V.

There are so many clues and small details about the Golden State Killer because the majority of his victims were left alive. His 'signature' was noted as especially sadistic and calculated. If and when he chose a home of a couple he would first incapacitate the males buy binding them and in one instance stacked dinner plates on a man's back and told him if he heard them drop or rattle both his victims would be killed.

DeAngelo fed off the fear of his victims and would often phone them days or even years after his attacks. He would call and hang up or just breath heavily while his victims listened. On one occasion, a victim recalled him sobbing and calling out for his mother while pacing back and forth in her kitchen ranting how he'd "I'll kill 'em".

In the summer of 1978, there were numerous attacks in both the Davis and Modesto areas before authorities believe DeAngelo relocated to the Bay Area. Attacks were then reported in a number of East Bay communities from 1987-79. Police believe that after living in the Bay Area for a year or more, DeAngelo then moved again to the greater Los Angeles area, before disappearing from authorities investigations in 1986.

In 1991, DeAngelo called one of his victims where she remembers hearing both women and children in the background, leading investigators to believe he had eventually settled down and started a family.

The decade's long case had for many years been overshadowed by the public's fixation on more high profile killers like Richard Ramirez and the Zodiac Killer. It wasn't until Michelle McNamara's true crime novel "I'll be Gone In The Dark" was published after her sudden death in 2016 that the case garnered widespread public interest. In her book, McNamara (who is the late wife of comedian Patton Oswalt) coined the name Golden State Killer.

Editors Note: This post is still under review and information is subject to change. 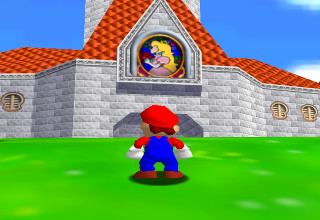