Cole Henderson a lead carpenter for Callier & Thompson, (a Missouri-based remodeling company) finally came across the perfect chance to pull off a prank of epic proportions that he had been dreaming about doing for years. 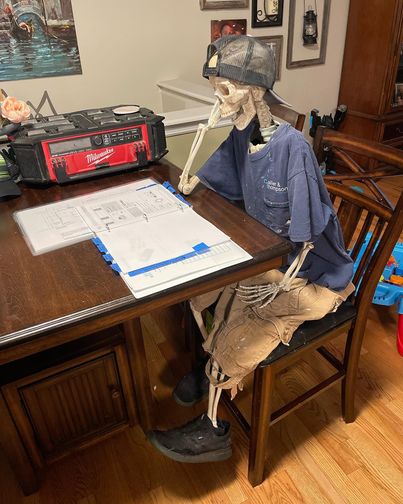 During a project in St. Louis, the homeowner agreed to let Cole hide a skeleton in a portion of unused cabinet space for future homeowners or another remodeling company to discover years down the road.  Cole said the prank was inspired by a meme he saw in a construction group. 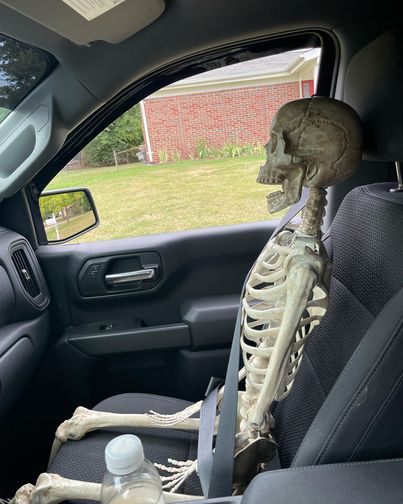 "The original meme just had a skeleton, so I decided to throw my work uniform on it," Henderson explained. "20 or 30 years down the road when that gets remodeled, it will give somebody a jump scare." 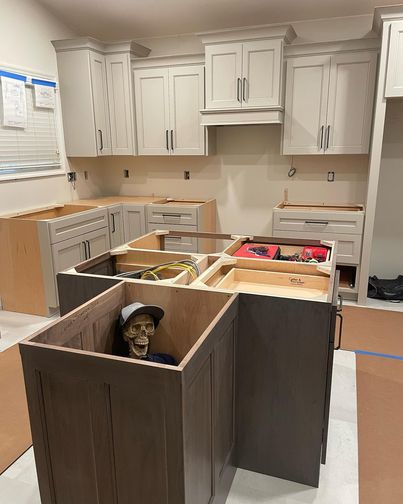 Cole said that he talked with the homeowners about the practical joke before purchasing the skeleton, now known as Skelly, and got their approval before hiding it in the kitchen.

He said, "They think it's just as funny as anybody else." Strate stated that finding "time capsules" or "small odds and ends" while working on a project is not unusual. We recently completed a project on a home constructed in the late 1800s or early 1900s, and when we looked within the wall, we found a newspaper. "We completed a work last year and discovered naked images." 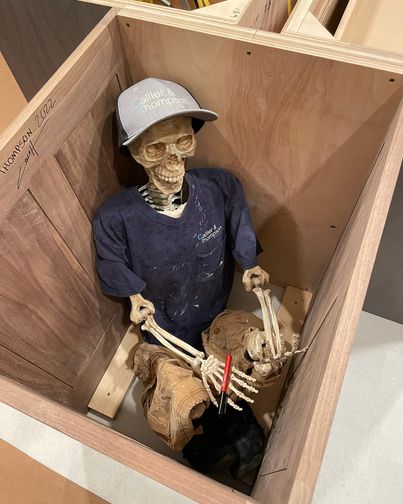 Cole plans to seal "Skelly" inside the cabinet island with a note for whoever finds it before the kitchen renovation is completed in a few weeks. "I'm looking forward to 30 years from now, seeing this on the news, sitting back in my chair and laughing," he said.