During a White House press conference yesterday, Donald Trump got into a heated argument with CBS reporter Paula Reid, who called him out for overlooking any mistakes or delays the U.S. government has made in responding to the novel coronavirus.

all hail @PaulaReidCBS, an absolute MODEL for the way to handle him — she pressed on the facts, wouldn’t let up, and he had a fucking meltdown pic.twitter.com/7RdEYsisas

Earlier in the conference, Trump played a highlight video of Republican and Democratic officials thanking him for issuing a national emergency order and restricting air travel. The video felt kind of like a kid getting up in front of the class to brag about how cool his mom says he is.

However, the video goes from January straight to March and completely skips over February, when the U.S. government wasn't sure how aggressively to respond to the virus.

So when the CBS reporter asked Trump about the February gap, that set him off to start arguing with her. At the same time, CNN started displaying some pretty damning and funny chyrons at the bottom of the screen: 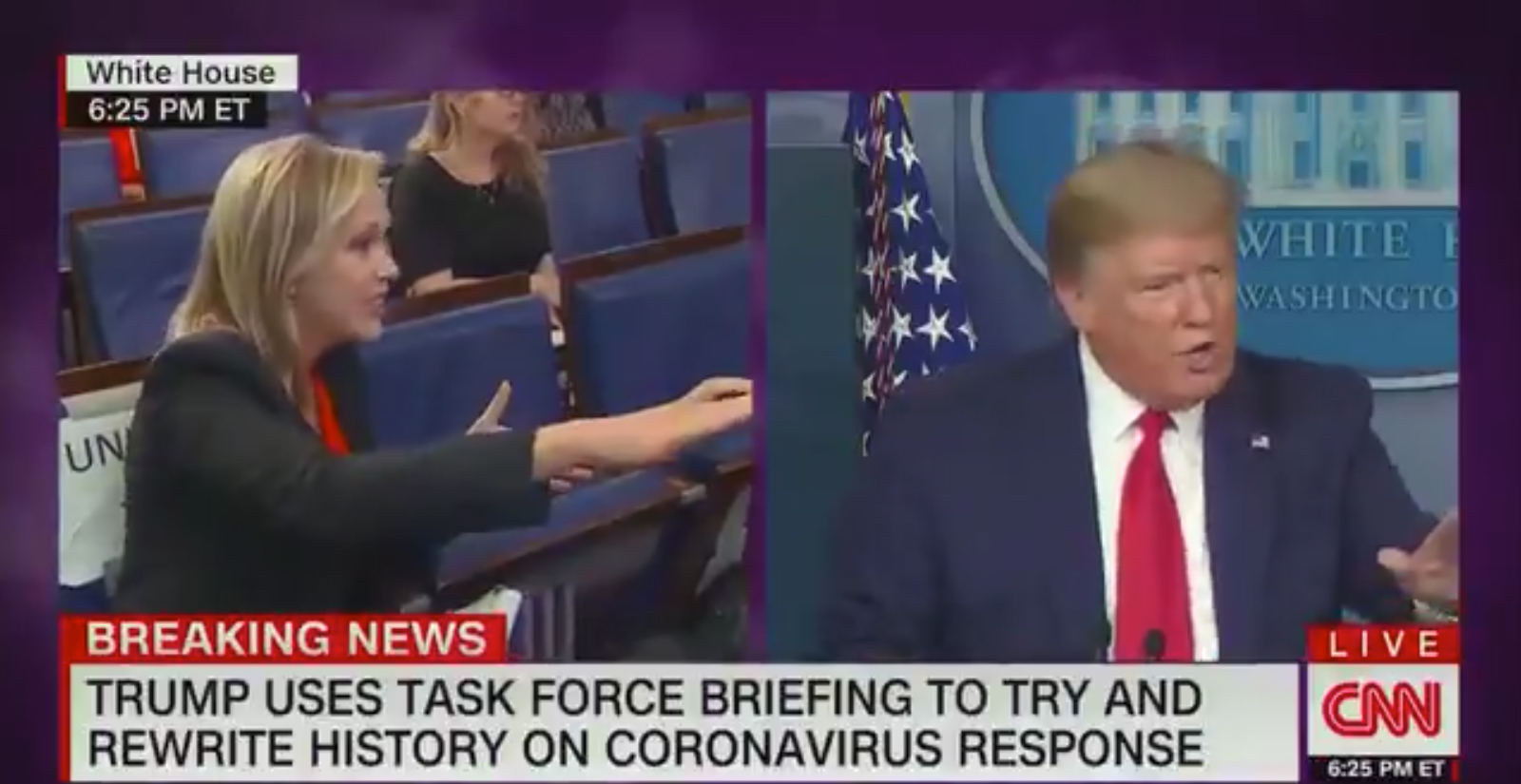 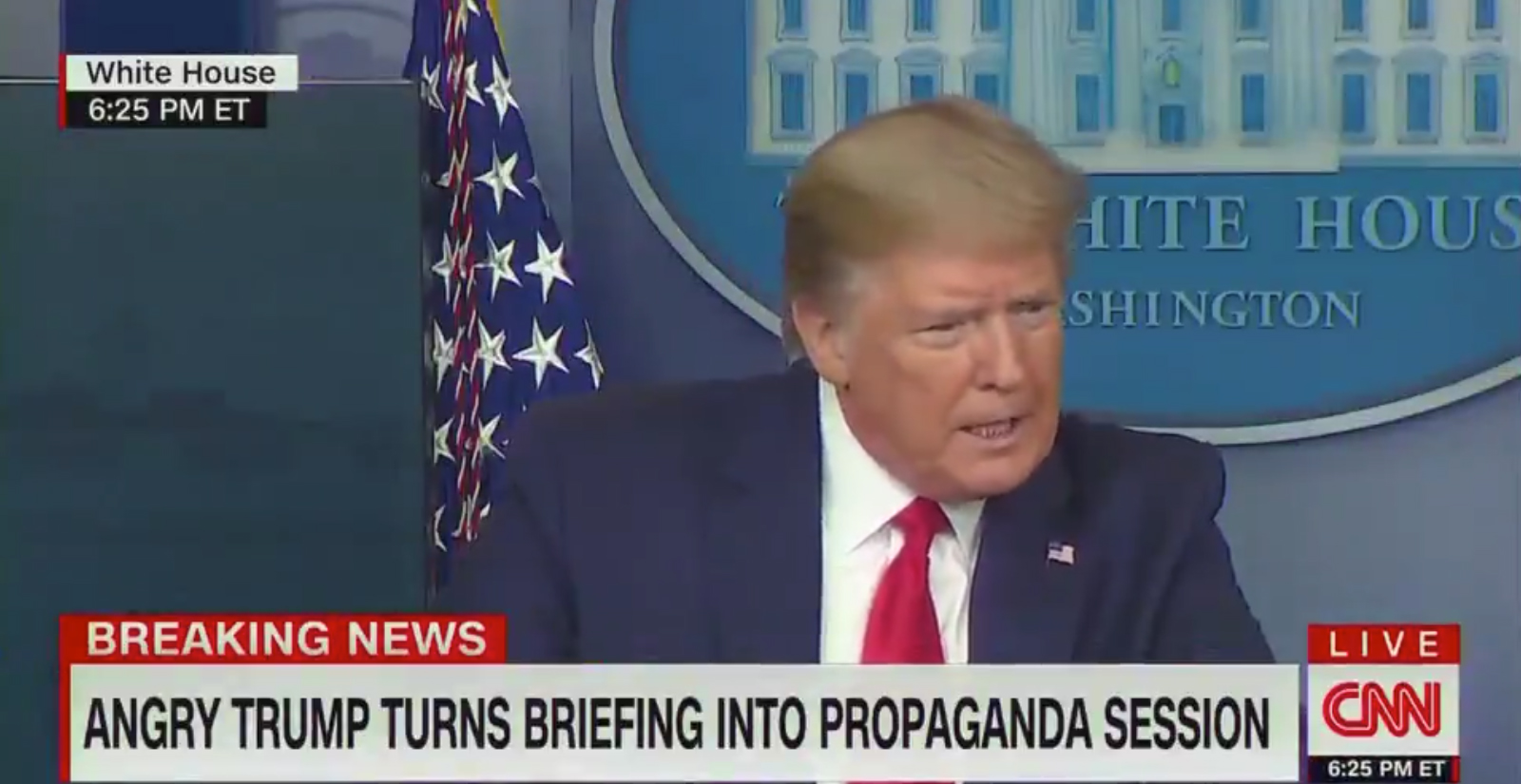 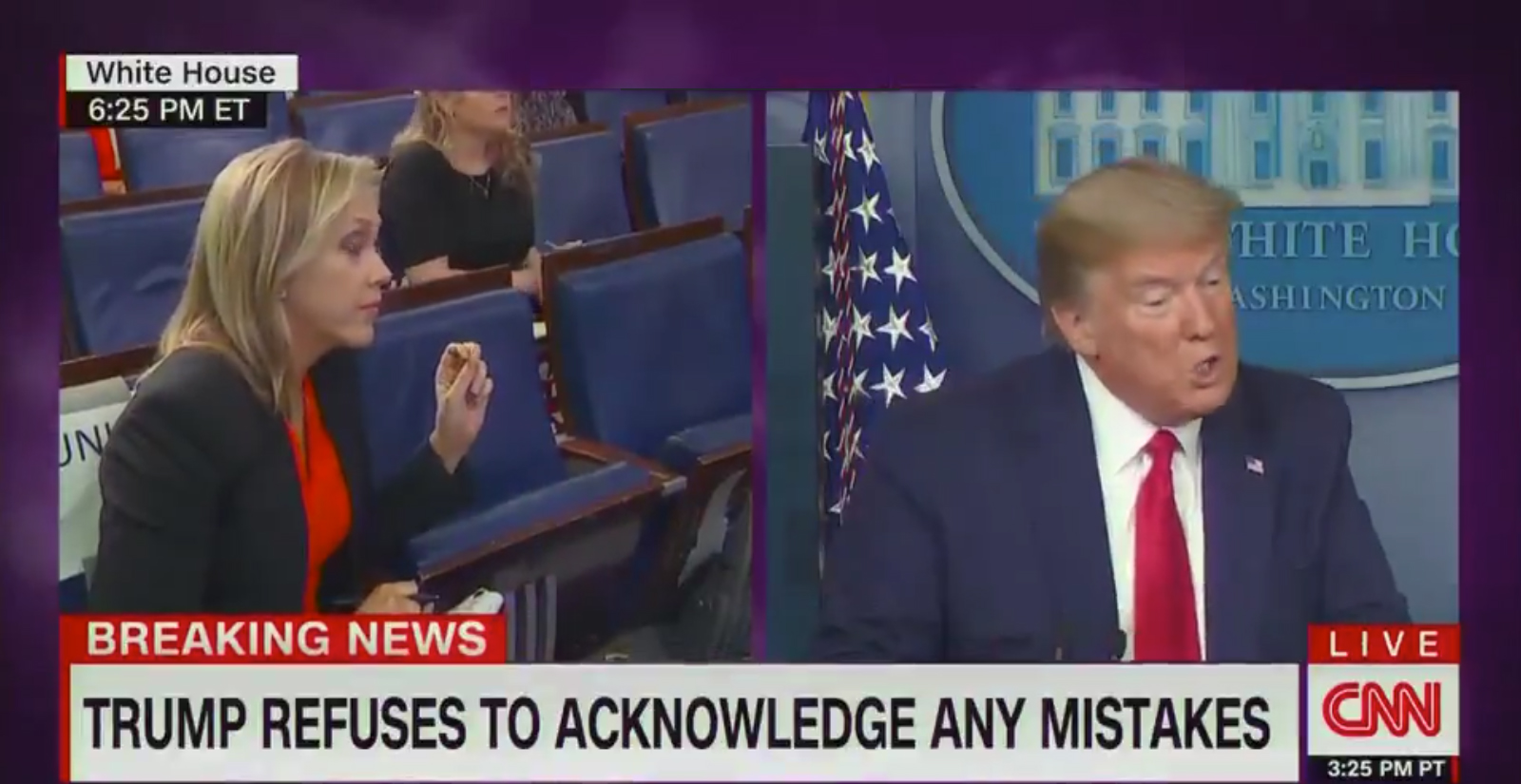 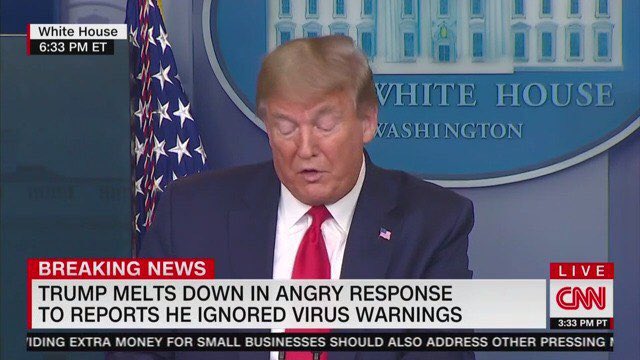 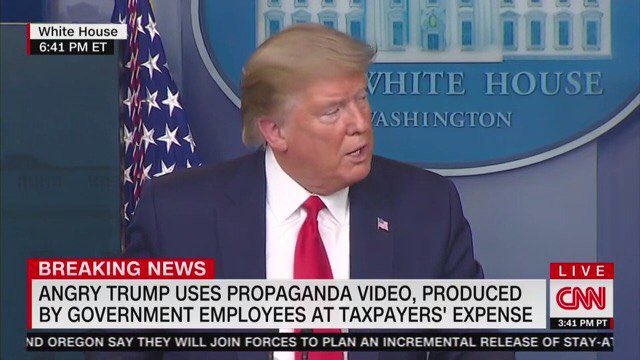 In the end, Trump summed up his own reaction with his characteristic mix of danger, mystery, and fear: 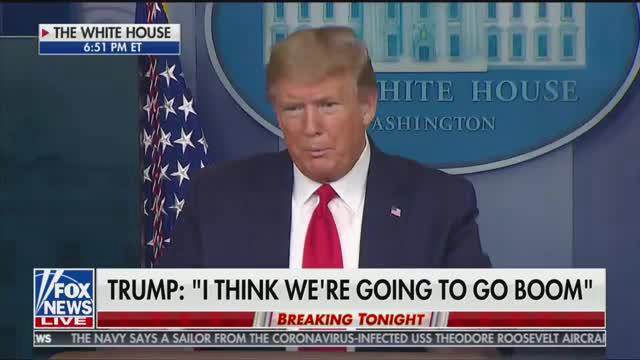 One can only hope he was referring to Eddie Murphy's Boom Boom Room. 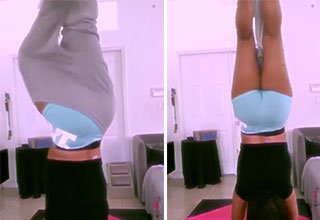 NEXT ARTICLE Girls Are Taking Off Their Pants While Doing Handstands