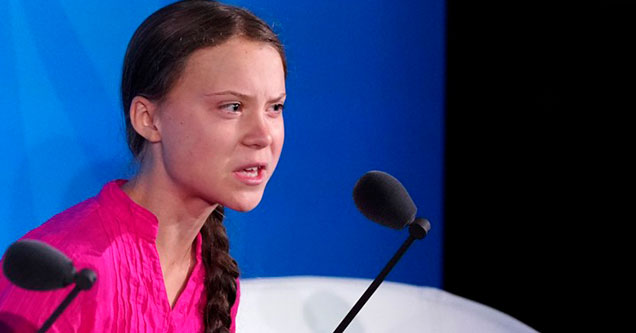 Greta Thunberg, the 16-year-old climate action activist from Sweden gave an impassioned speech yesterday at the UN, attacking those in power for not doing more to curb limits of global carbon emissions and blamed the older generations for, "destroying her childhood".

And as one would expect, the climate change deniers, which America has the most of, came out in full force to show that snot nosed little girl that she will not be blaming them.

If you haven't seen the video we suggest you watch it before you continue. Not only does she have a point but she says it in a way which makes the adults in the room freeze.

Now, to the good stuff! The reaction by many around the world, mostly the United States, as we have a higher percentage of climate deniers than any other developed country was that of anger and spite. Anger because she's right and spite because they feel as though 'they' don't get the same treatment.

Example A, Fox News Laura Ingraham compares Greta to the horror film Children of The Corn, which is a classic if you haven't seen it and has absolutely zero mention of climate change. But since they both have kids speaking in strong and demanding ways, Laura is scared, but angry.

And spite, oh what a good look spite is. There are two ways react to something as serious as climate change, denial and accusation. Denial being "no it's not real, fake news" and accusation being, "look a what they are doing, using children, how cold they". Which leads to the next meltdown by climate deniers. Compare and contrast between two whole unrelated events, that have only one thing in common, children, or 16-year-olds.

Don't forget: Little Greta is the same age as Nick Sandmann (the Covington Highschool boy who was smeared). THE MORE YOU KNOW!

Hey guy don't forget, this little bit of secret information the mainstream media is keeping secret from you! Well, this Canadian born comedian thinks is a conspiracy that the world needs to know, that Nick Sandman who was so wrongfully plastered all over the news is actually the same age as poor young Greta. How could they, they are trying to make her look young. "You wouldn't attack a child, well you did you hypocrites" or something that has nothing to do with anything.

She seems like a very happy young girl looking forward to a bright and wonderful future. So nice to see! https://t.co/1tQG6QcVKO

The melting triggered folk would like you to know that it is not okay to attack kids in the media, but comparing a young climate activist to a group of young men marching in Washington DC in opposition of abortion couldn't be further from one another on the spectrum of things it makes sense to be upset about.

Sorry, I know lots of words, but American's who deny climate change at a rate that is higher than 27 other developed countries, at roughly 15% of the US Population and rank near the 27th percentile in IQ and sit just 13th in global test scores, is here to tell you the truth! So listen up or shut up!

So in honor of American being able to sniff bullshit from across the Atlantic, here are some tweets the mainstream media doesn't want you to see!

Fox News panel on climate change says liberals have "forgotten about God" and are "worshipping the environment instead" https://t.co/QFtAp3Cmk5

Tell me more about how im just a contrarian/climate change denier all you want. If you are the type of person who consumes fakestream media anyways, even God cannot help you my friend. pic.twitter.com/YUodHYIBHd

So the way I see it,
The left want to do something about climate change
& the conservatives want to leave it too god to sort out!

Dear conservatives,
You are betting everything on the man who caused the Great Flood!#ClimateChange

#ClimateChange concerns everyone, but as a Christian it truly baffles me how so many #ClimateChangeDeniers have the ✝️ symbol on their Twitter page, and quote scripture. If you believe in God, you should want to preserve God's creation. 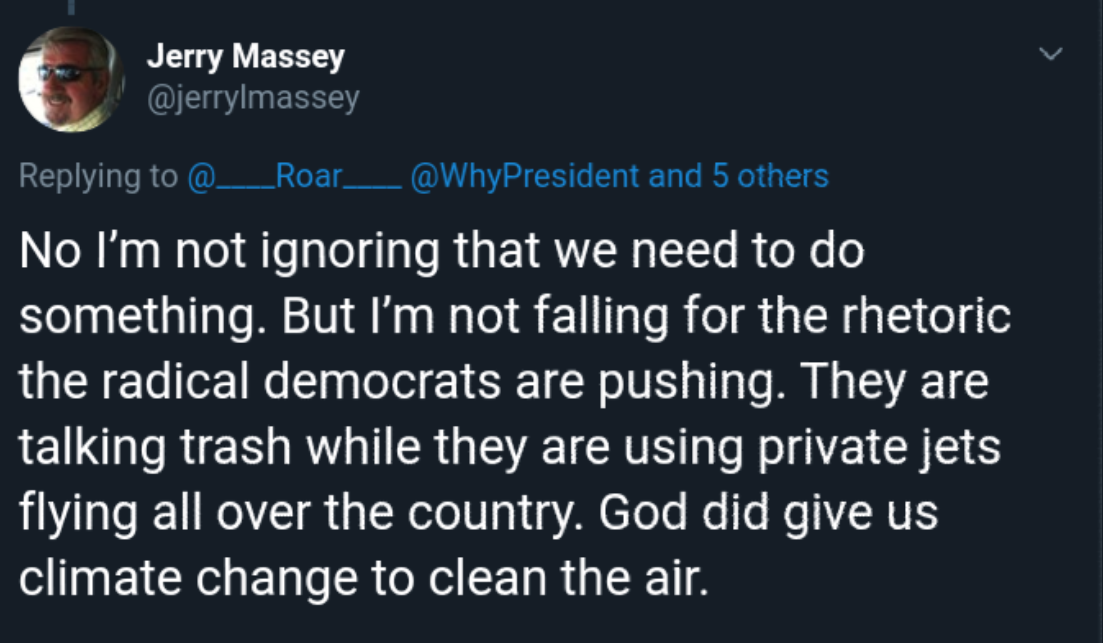 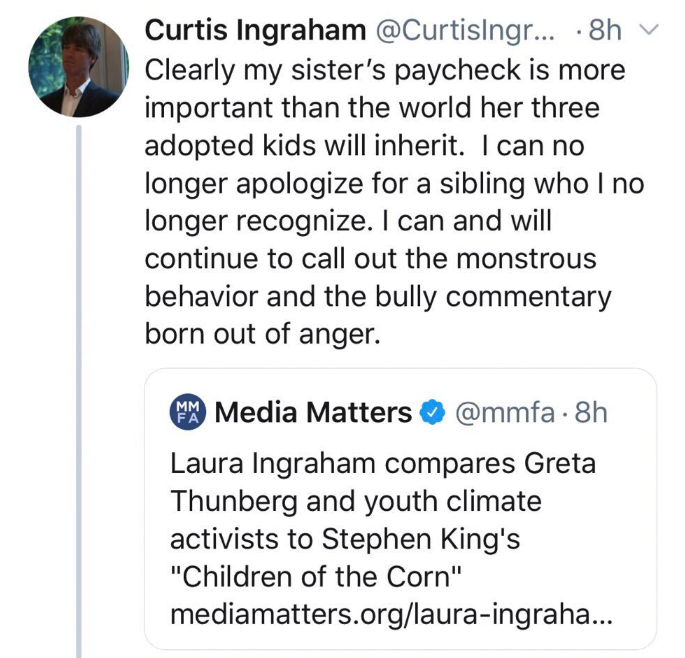 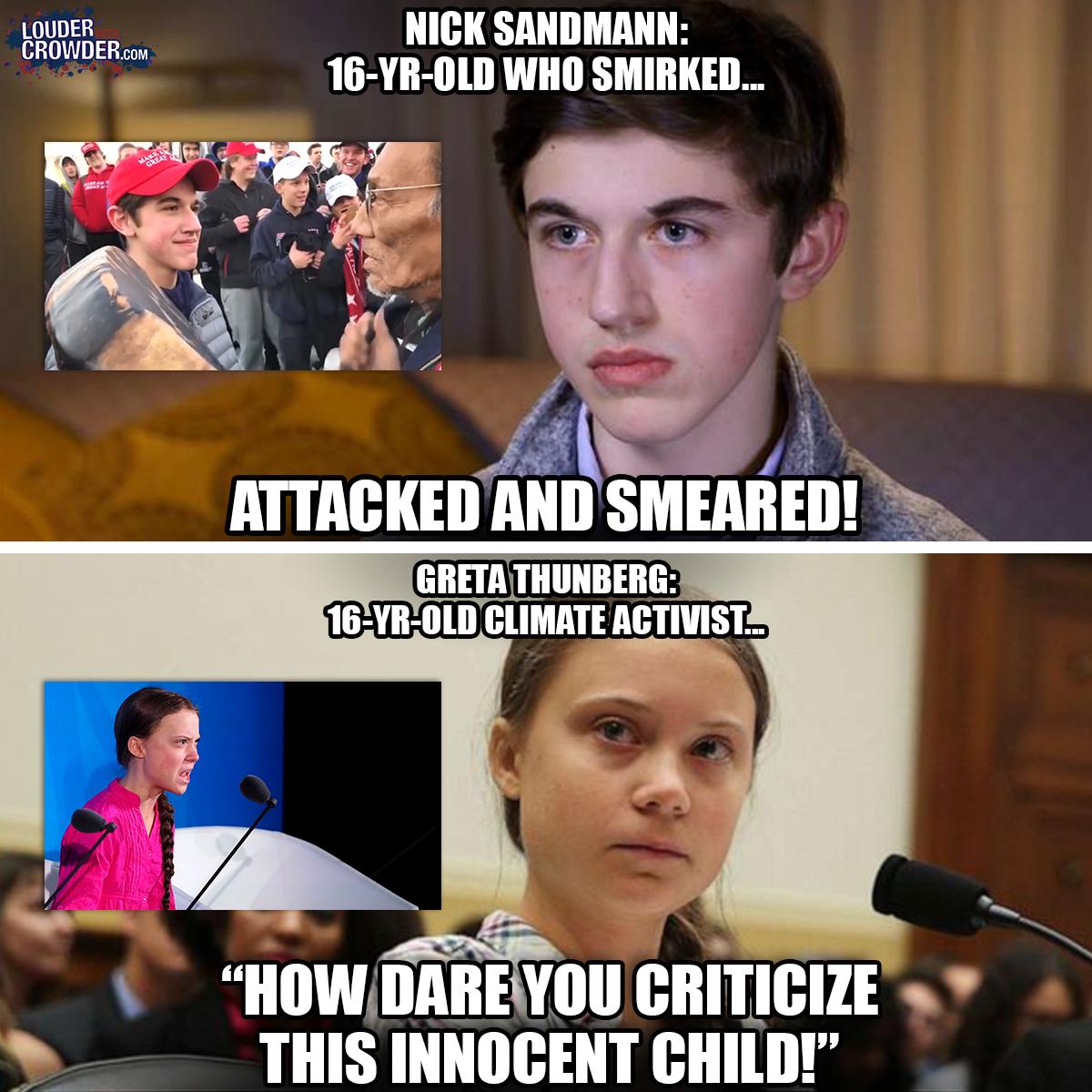 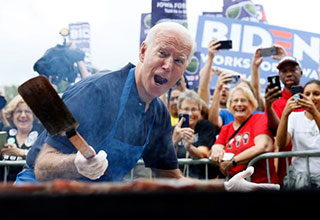