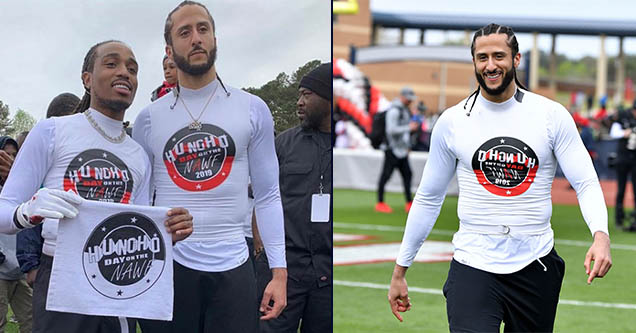 Former San Francisco 49ers quarterback Colin Kaepernick hasn't played in the NFL since the 2016 season but showed he still has some skills during  Huncho Day, a charity football game hosted by rapper Quavo on Sunday, March 31.

During the game, Colin threw a touchdown pass to New York Giants running back Saquon Barkley, last year's NFL Rookie of the Year.

Colin also threw a 2-point-conversion to Quavo right after the touchdown.

No doubt play of the day from #HunchoDay -- @Kaepernick7 to @QuavoStuntin on a 2-point conversion ... I'm saying call on the field stands after replay review. pic.twitter.com/R4BQ2nF2Dj

Here are @A_kamara6 and @saquon on what it meant to have @Kaepernick7 out at the #hunchoday event. pic.twitter.com/75Dge8xNVx

The NFL posted a photo of Kaepernick's TD pass to Barkley to their Instagram story, but guess who didn't make it into the photo?

The NFL had this play from #HunchoDay on their Instagram story.

I'm sure it's just a coincidence they used an angle that didn't have Kaepernick in it. https://t.co/GULbYjT45f pic.twitter.com/vT8O7kyLPj 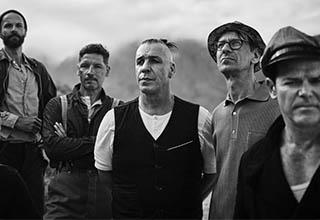 NEXT ARTICLE Rammstein Getting Slammed for Their Controversial Video is Wrong