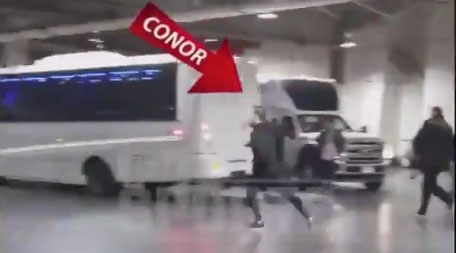 Conor McGregor caused quite the scene today at the UFC 233 press event in Brooklyn New York. McGregor who was not on the card for the event flew from Ireland to NYC to confront fighter Khabib Nurmagomedov who recently had a heated incident with a good friend of Conor's.

Here is the video which inspired Conor to travel to NY in the first place.

Well, Conor McGregor is in Brooklyn for #UFC223. Here’s some shaky video of a bunch of people running after him. pic.twitter.com/AhhLDzguQP

McGregor can be seen forcing his way into the arena with a group of his friends before getting on an elevator and heading to the parking garage. The group eventually found Nurmagomedov as him and his team were leaving on their bus, which McGregor and crew proceeded to attack with trash cans, barricades and palettes.

yoooooo... first time seeing this one. Conor has legit lost his mind. pic.twitter.com/XcLFd2FIMo

Dana White said that the NYC police had issued a warrant for McGregors arrest, but those reports have not been confirmed. There have been a few reported injuries, as one fighter suffered cuts to his face after McGregor threw a chair into the window of Nurmagomedov bus.

Just spoke to a spokesman for the NYPD. There is no warrant out for Conor McGregor’s arrest at this time, he said. They are, though, looking for him and want to speak with him, the spokesman said. No one has filed charges against McGregor at this moment.

According to multiple sources Michael Chiesa suffered a laceration in the fracas. He is being attended to at the arena. Unclear at this time how serious his injury is. 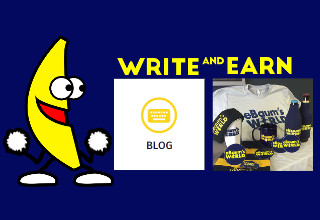 NEXT ARTICLE The eBaum's World Blog Tool Has Arrived, And You Can Get Paid To Use It