The first images of the upcoming Stranger Things Season 4 have been released, and all anyone can focus on is the awful haircuts the characters will be forced to rock this season. Fans have waited almost three years for the next installment of Netflix’s hit show, which has experienced a number of setbacks in filming along the way, but it is safe to say that the hair department could have used that time to come up with something a little better.

how am i supposed to pay attention to stranger things 4 when everyone’s hair looks like this pic.twitter.com/oYoX8bgTWR

if you don’t share the same haircut with your besties you’re doing something wrong #StrangerThings4 pic.twitter.com/lmpKzBfdKB

Fans took to Twitter to express their distaste, and highlight some of the more egregious cuts. Despite the supernatural element of the show, perhaps putting flying saucers on their heads was not the way to go. We don’t think “Stranger Things” was supposed to reference the hair cuts.

stranger things did will dirty coz WTF IS THAT HAIR pic.twitter.com/lS8qFqwUDm

what have you done to will's hair? pic.twitter.com/IfpLHgHZfz

On top of the questionable hairstyles, the show is also running up against the age of its actors, who have grown into adults in between seasons three and four. The three-year gap between the release of the seasons is mirrored by only a few months within the show’s timeline and leaves 18 and 19-year-olds portraying 14 and 15-year-old kids who look anything but. They might get away with it this time, but if there is to be a season five, it’s an issue they’ll need to figure out.

The actors are so much older now, it should be “Stranger Things: We Have a Mortgage.”

In the meantime, they need to get those kids to a barber, and maybe not the one they’ve been seeing in fictional Hawkins Indiana. 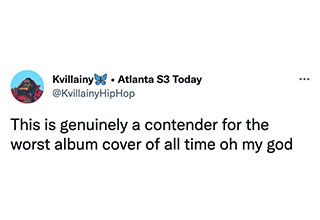