An incensed man "just wanted to shake" a fellow passengers hand on a flight in Russia.

The man was escorted off the plan and continued his tirade inside the tarmac.

A report from Russia described the event.

"Drunk American made a riot at Sheremetyevo Airport

At the Sheremetyevo airport, a passenger made a riot after a failure in flight. Employees of the airline "Aeroflot" were forced to reassure the client by force, reports on February 13 Telegram-channel Varlamov News, at the disposal of which appeared the video of the incident.

February 12, immediately after boarding the flight. A US citizen was very drunk and incessantly cursed at the flight attendants and fellow travelers. He responded aggressively to the warning, after which the crew commander decided to refuse him a flight. Together with the man, his wife and daughter also left the plane, they also tried to calm the head of the family who had been sold out.

When the stewardess brought the documents about the removal from the flight for signing, the failed passenger broke out into abuse, and then grappled with the personnel of the air port. In the end, he was thrown to the floor, twisted and handed over to the police.

The Americans were prosecuted under the article "Petty hooliganism," but the punishment he incurred, the guards did not specify." 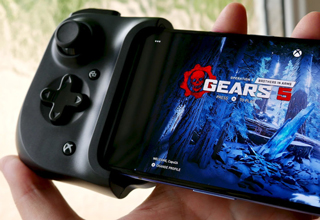 NEXT ARTICLE Whether xCloud, Microsoft's Mobile Gaming Streaming Service, Is Worth Buying