kid that died and got denied a spiderman tombstone by disney 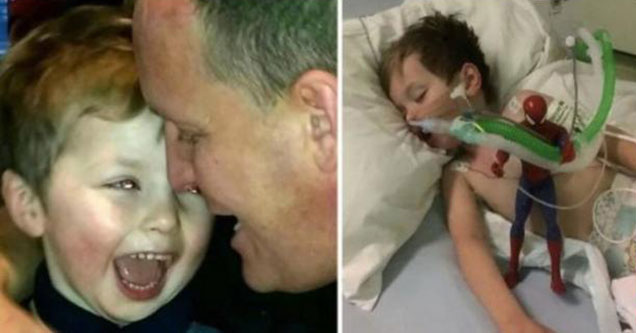 Ollie Jones died in December of 2018, from a rare genetic disease known as leukodystrophy. Ollie was only four-years-old when he died and before his death had just one wish for his after-life, a spider-man tombstone.

Ollie's father, Llyod Jones was advised by the Maidstone Council to contact Marvel for permission in making the gravestone.

So on June 26th, 2018 Mr Jones reached out to his facebook community in hopes that someone would help connect his to a representative for Marvel. The story had been picked up by a few of Mr Jone's local news papers who thought they'd help spread the message. 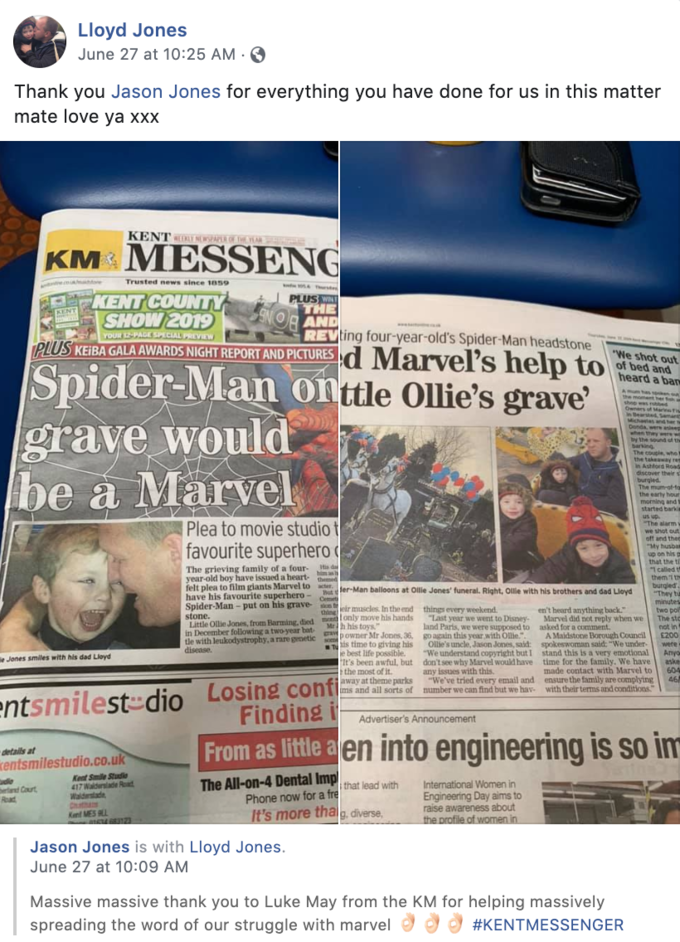 Mr Jones tried all he could to convince Marvel to let the tombstone happen but he had no such luck. He tried a few things to grab their attention which include starting a petition, before Internet users found out about the situation and started to champion his cause.

Sadly, Ollie passed away before Marvel gave them permission to make the custom grave stone and they now might be hoping they had given them permission, because the Internet has found out and isn't too happy with Disney. 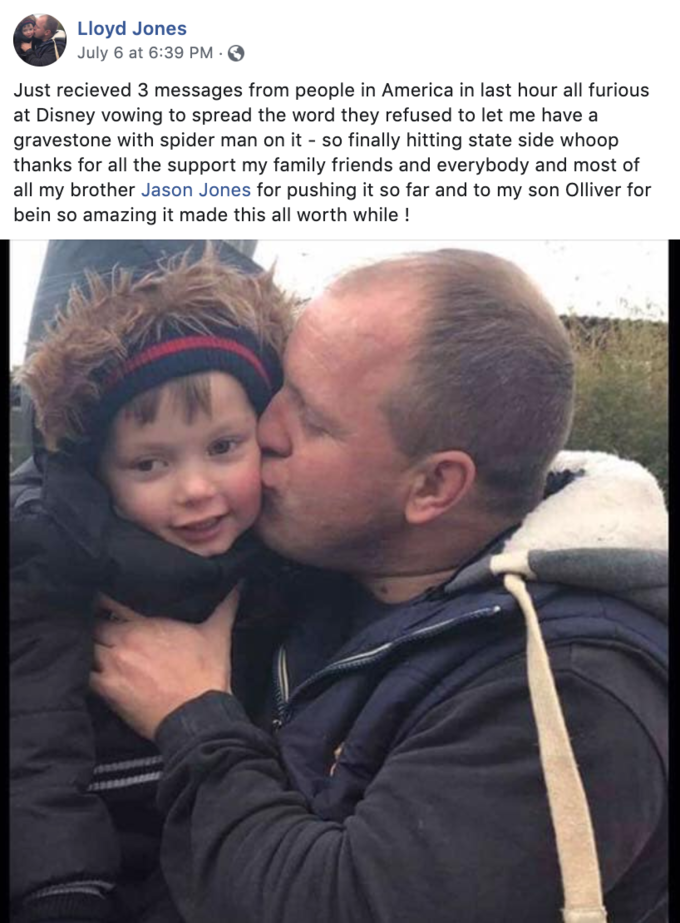 Just a few days ago, a spokesperson for Marvel made a statement in regards to the request and is quoted saying, “Generations of fans have responded to our characters with the same wonder and delight that Ollie did. In fact, many believe the characters to be real. We have striven to preserve the same innocence and magic around our characters that brought Ollie such joy. For that reason, we follow a policy that began with Walt Disney himself that does not permit the use of characters on headstones, cemetery or other memorial markers or funeral urns."

And as you can believe this didn't sit well with the Internet. Reddit among many places was the most upset and so came the memes. 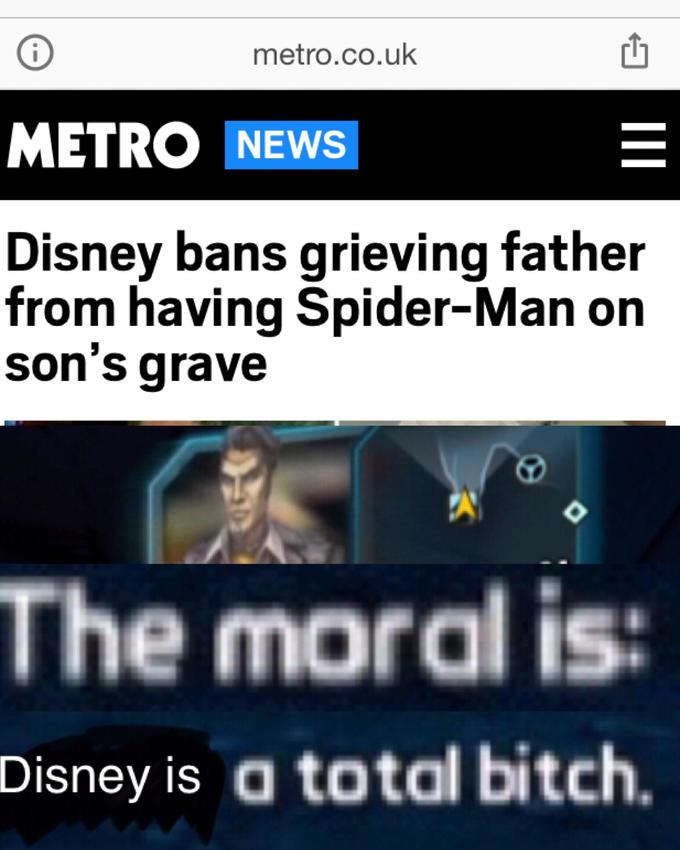 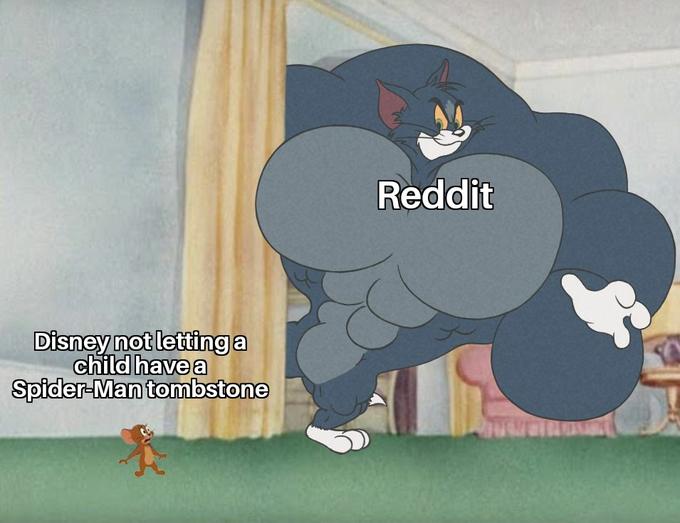 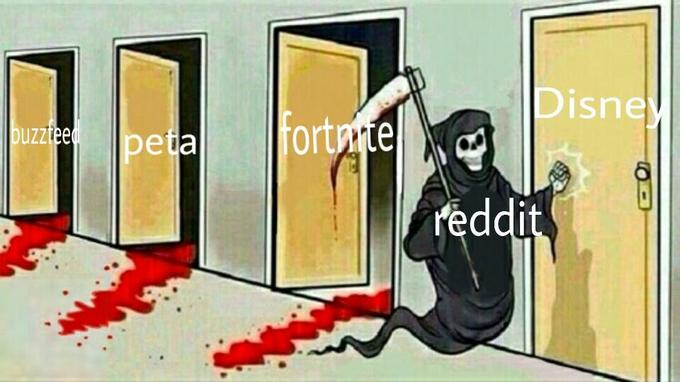 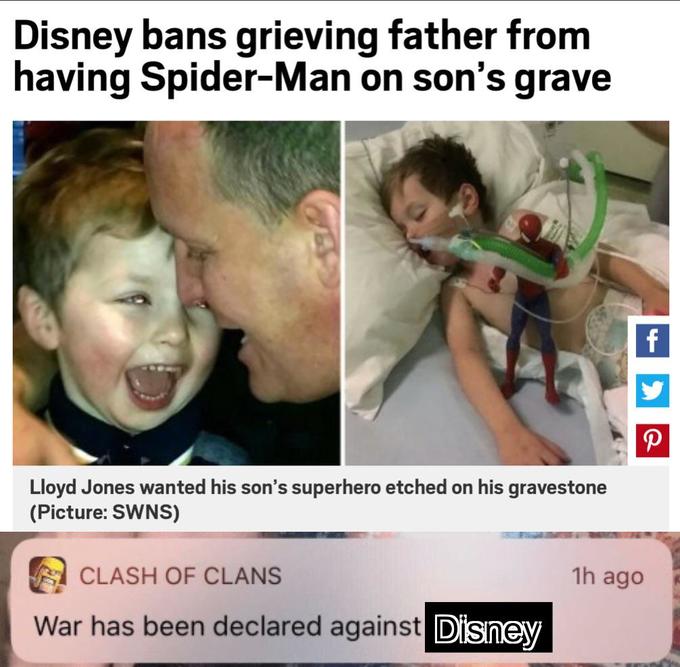 Maybe you should have watched the better Neverland story and learnt. pic.twitter.com/s2V9xsCJV2

Disney denied little Ollie Jones to have Spider-Man on his tombstone. Trying to get this to @TomHolland1996 to see if he could get them to reconsider pic.twitter.com/U8InytocbU 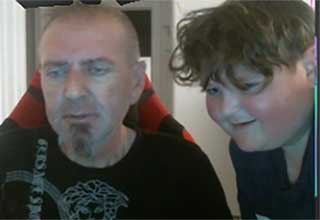