UFC Fighter Kevin Holland and two companions apprehended an active shooter last night after the gunman opened fire inside Ra Sushi Restaurant in Highland, Texas it has been reported.

"We were eating, and the next thing you know, a gunshot just popped off." Said Patrick Robinson, an MMA and BJJ practitioner who was with Holland at the time of the incident. "So everything paused and then everybody started running to get down under a table."

That was when Holland and his two companions, while deeply inebriated, ran towards the gunman, took him down and subdued him -- taking his gun away and preventing anyone, including the gunman, from being injured.

even more impressive, Kevin Holland did it while intoxicated pic.twitter.com/OU2JtgYmMH

"Me and my buddy, we ran to the shooter... got him down, strangled him, took the gun from him... call the police and they got him." Robinson added. ""We fight for a living, so it was just quick instincts."

This is the second time Holland, nicknamed Big Mouth for his seemingly preternatural ability to trash talk and clown opponents even while being clobbered himself, is in the news for an act of heroism. Last October, Holland reportedly chased down an alleged car thief and, like the Ra Sushi gunman, subdued him without injury. 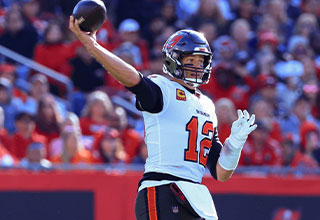