Editors Note: This post is being updated as more information is being made available.

Bianca Michelle Devins, also known as Oxychan on the site 4chan was murdered over the weekend by a guy she thought was her friend.

Bianca Devin knew her murderer, Brandon Andrew Clark, as the two of them were close family friends. Information earlier in the day suggested they had met on a discord server, but this is wrong, they knew each other IRL, and the murder photos were shared through her Discord server. The image below is believed to be Bianca's last message to the mentioned Discord server the night her murder. 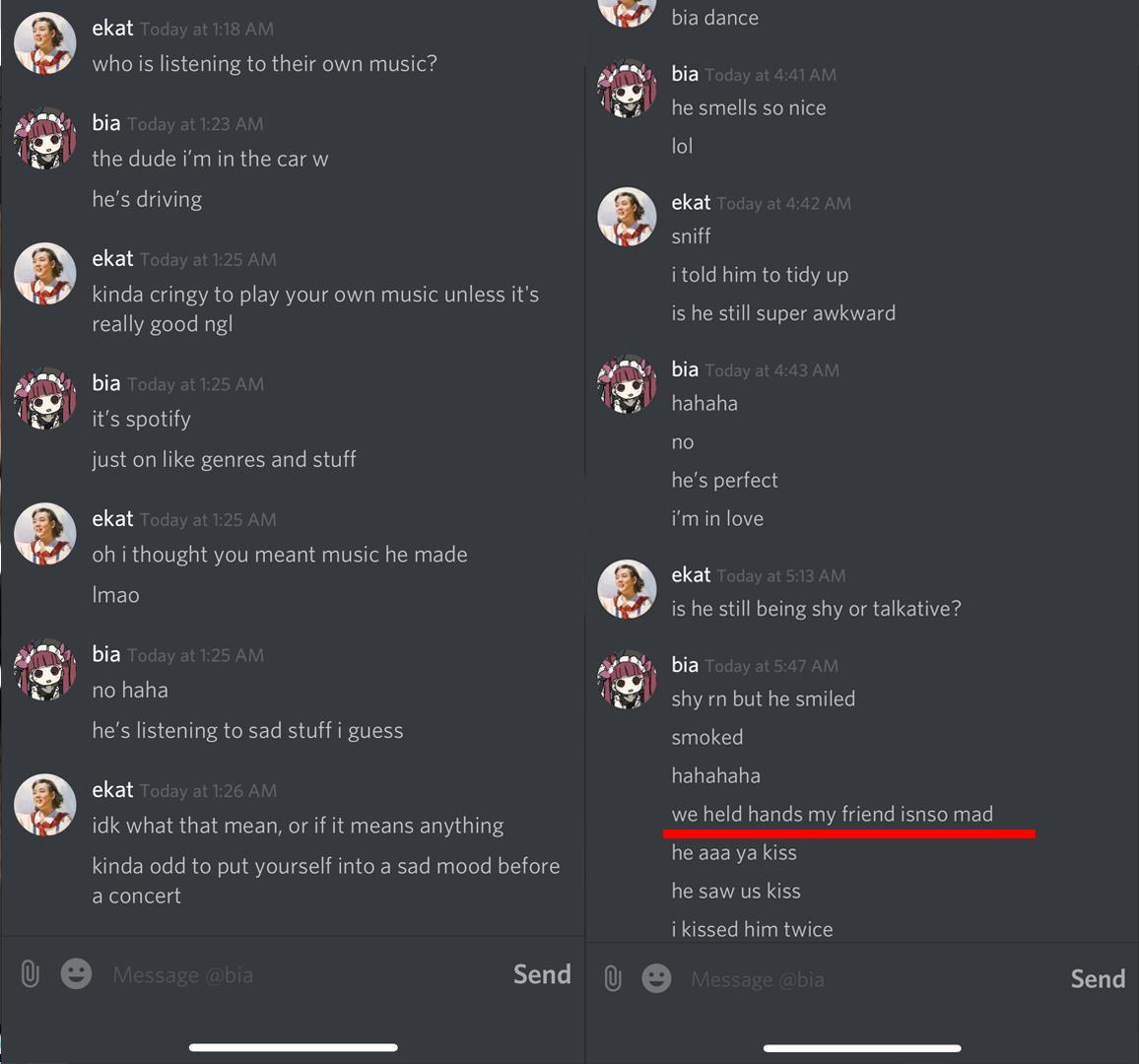 It seems Brandon was jealous of the boy she was with, confirming what was simply speculation, that he drove to the concert with the intention of hurting Bianca. 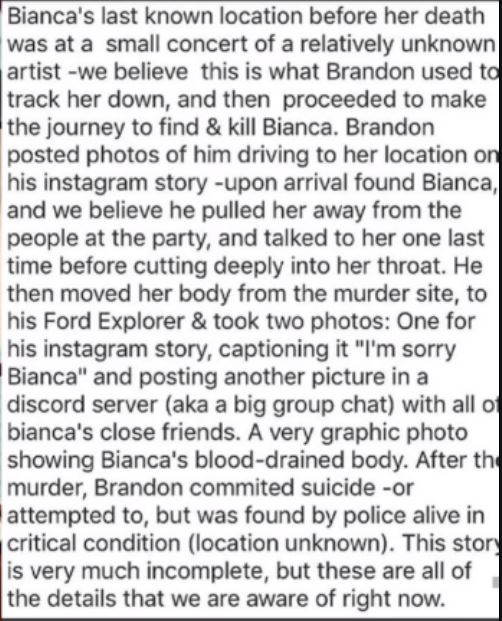 The Utica Police Department has confirmed the homicide, and that they have a suspect in custody currently in the ICU, confirming that Brandon did in fact try to kill himself, though he was unsuccessful. Below is a post  from His Instagram, believed to be of him on his way to see Bianca.

Brandon Clark went by the name yesjuliet, on Instagram, which has since been deleted. 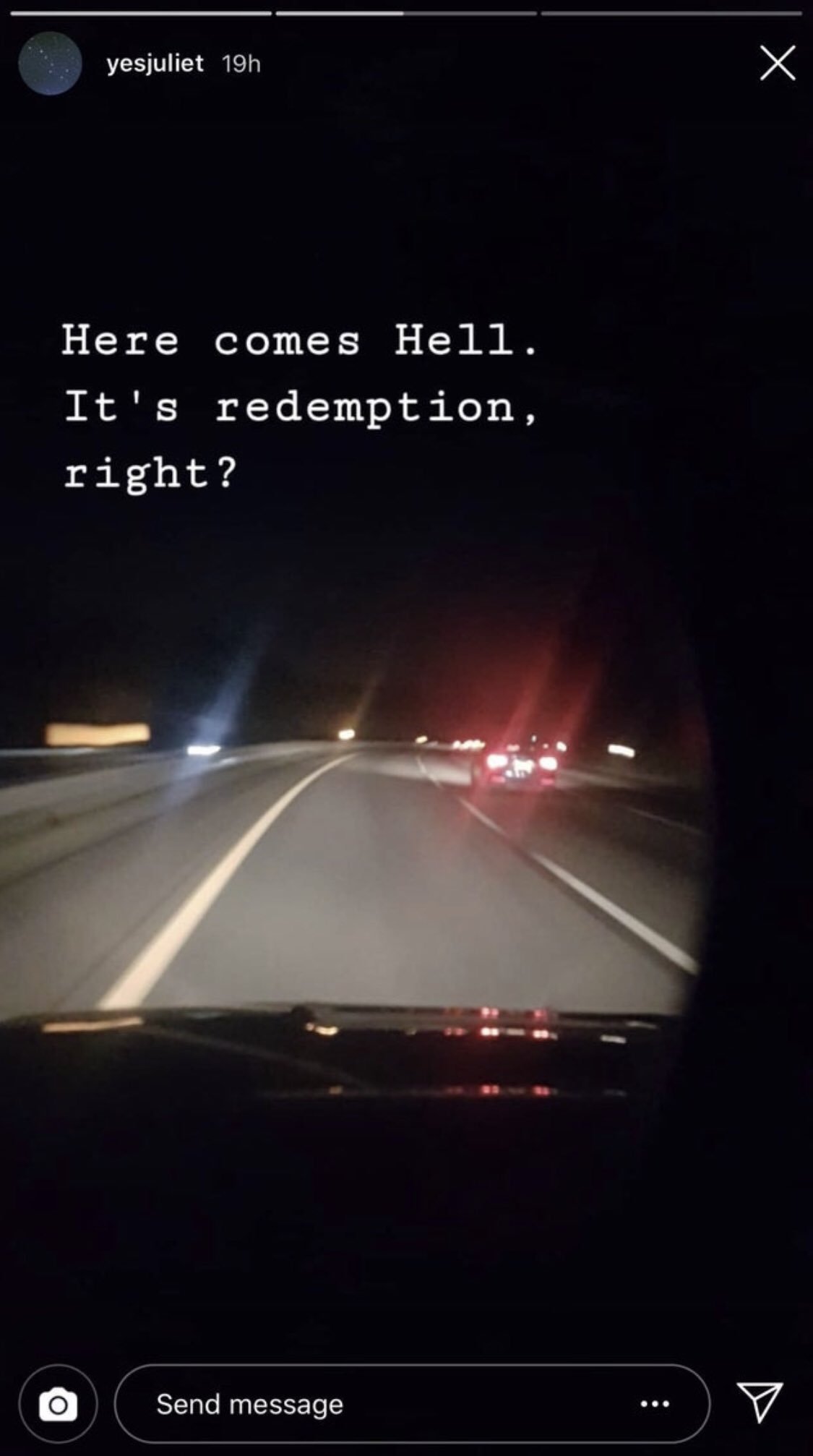 Ian Miles Cheong has a long and detailed thread on Twitter about the murder, which is a good read if you have the time.

Sadly, there is no justice, no recourse than could undo the pain caused by Brandon's actions. So we hope he has access to discord in prison, so he can see all the fun everybody else is having while he rots in a jail cell. Fuck You Brandon. Bianca's younger sister took to social media to clear some of the confusion and to stop the spread of misinformation. 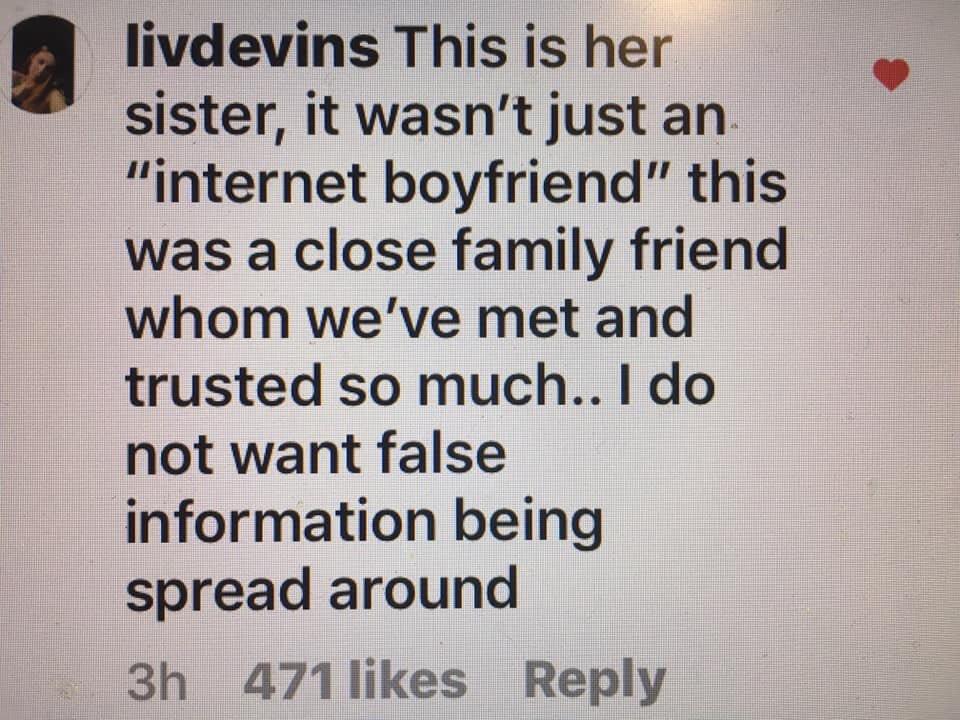 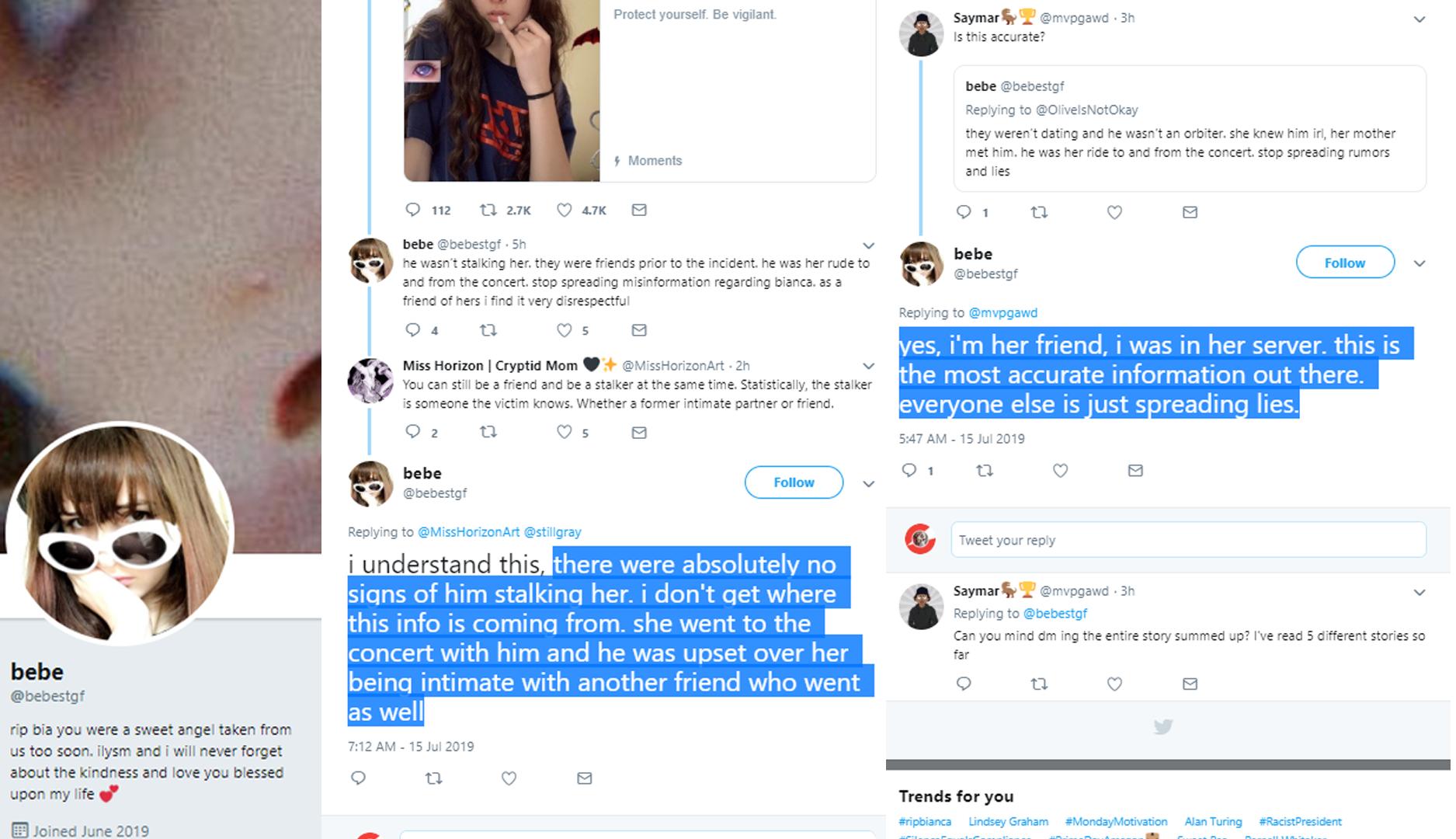 Brandon's brother, whose name is not being mentioned, took to Instagram upon hearing the news that his role model is a killer. 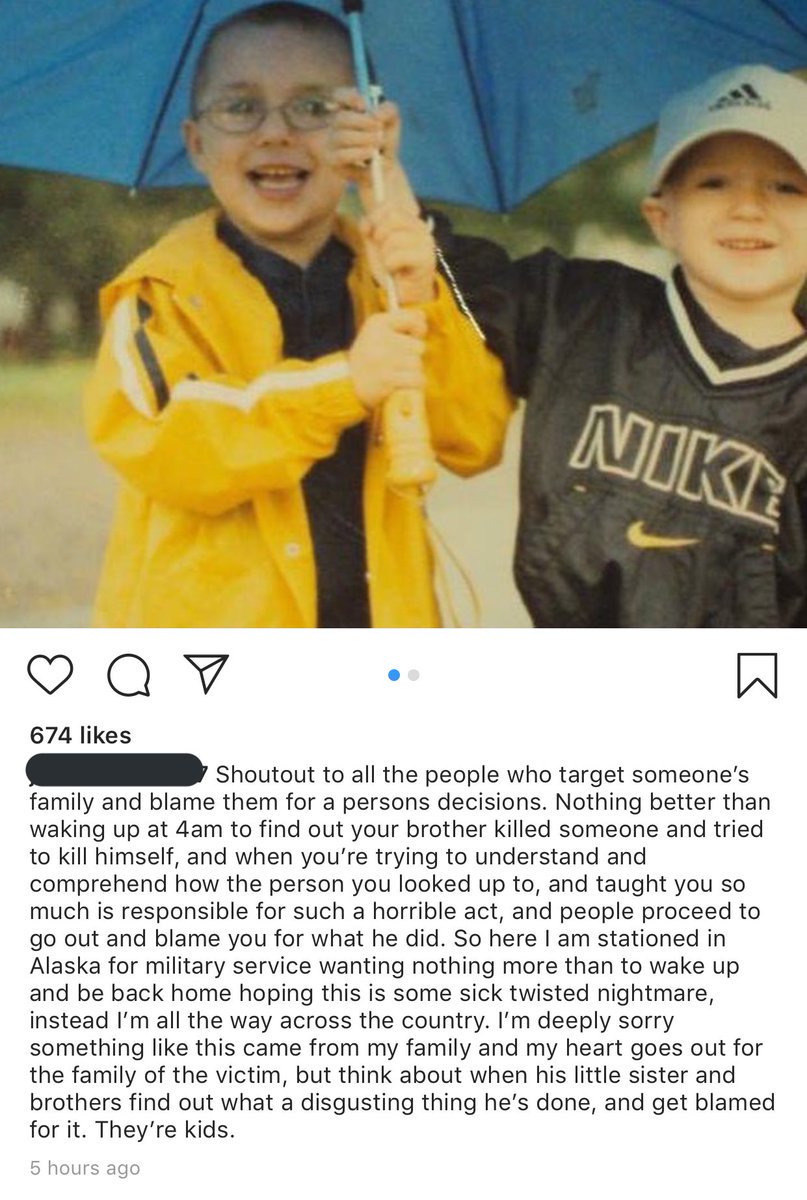 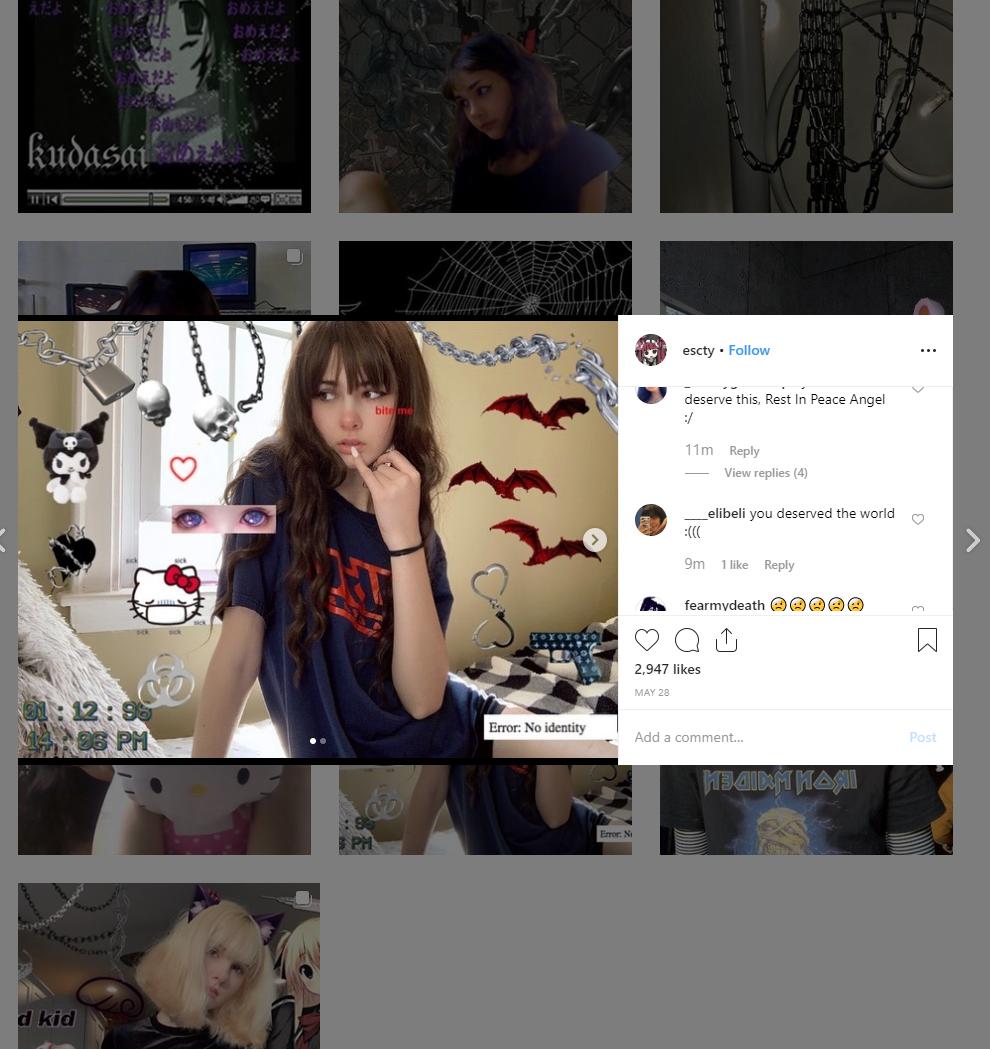 Female homicide victims have risen by 21% in the US. Eighty-two percent of homicide victims targeted by intimate partners are women. This is a serious and fucking scary issue that is only getting worse...REST EASY BABY #ripbianca https://t.co/8FgXiahHVB

she was so young and had her whole life ahead of her. please be careful who you meet online, because people are absolutely fucking insane. give this girl justice #ripbianca pic.twitter.com/iTqqaHH2A0

POSTING AND SHARING PICTURES OF SOMEONE GETTING BEHEADED FOR CLOUT IS NOT FUCKING OKAY! NO AESTHETIC SHOULD HAVE DEAD PEOPLE/ANIMALS AS A PART OF IT! ITS FUCKING DISRESPECTFUL AND IT WILL NOT MAKE YOU EDGY AND COOL!#yesjuliet #ripbianca

“It’s just online! Women should ignore the abuse,” they say.

Well, it’s not online anymore. A 17-year-old girl was stalked through Discord and murdered by an man. He posted pictures of this horror to Instagram.

There’s something deeply wrong with what we’ve built. #ripbianca pic.twitter.com/Jslm1LXZ2Y

It breaks my heart that she was taken from her family in such a disgusting and gruesome manner #ripbianca GIRLS ,GUYS PLEASE DONT TRUST ANYONE YOU DONT TRULLY KNOW DONT MEET UP WITH STRANGERS PLEASE YOU HAVE NO IDEA WHAT THEYRE CAPABLE OF !!!!!! pic.twitter.com/vuolUoSNVk 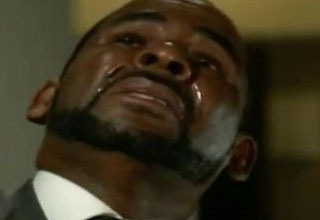