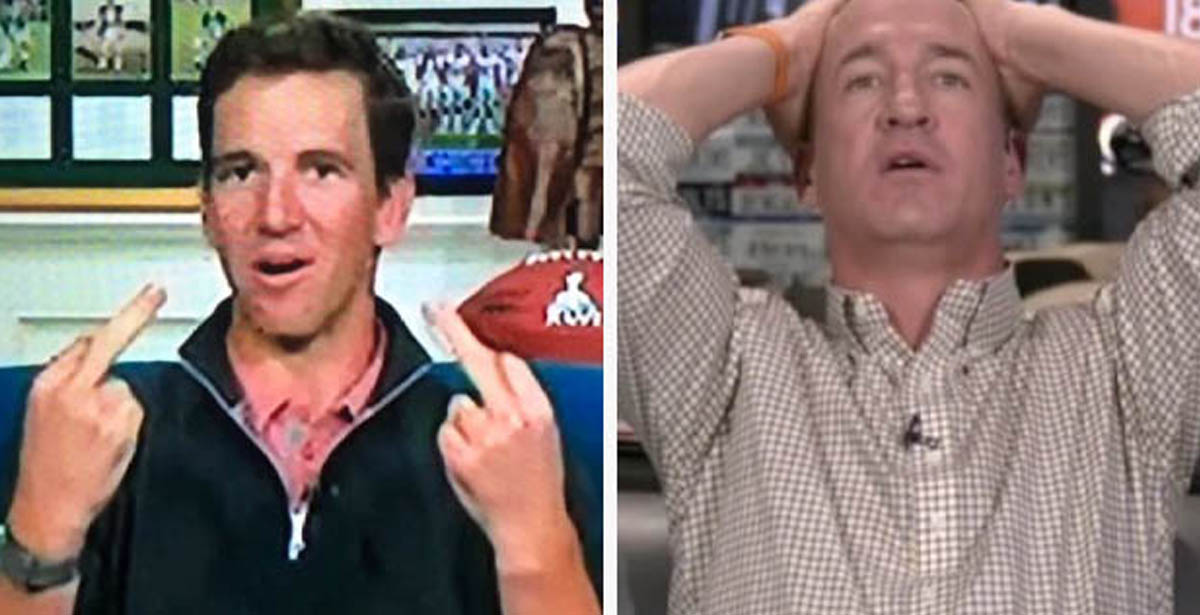 Retired NY Giant Eli Manning was always remembered as a very reserved QB who rarely made controversial statements to the press during his playing days. Those days are over and Eli's clearly letting it all hang out in his new career as a broadcaster on ESPN.

Eli and older brother Peyton (who was recently inducted into the Hall of Fame) are the hosts of a secondary feed of Monday Night Football, which airs on ESPN2. The format is a lot looser than the regular MNF feed, and one segment with guest Chris Long definitely got a little spicier than ESPN and parent company Disney might've been comfy with:

“You go to Philly, you’re getting the double bird right away from a 9 year old.” @JOEL9ONE | @EliManning | @ESPNNFL pic.twitter.com/hmI4gSorvi

While recalling how notoriously rough and rude the Philadelphia fan base is, Eli talks about getting flipped off by a kid and actually ends up waving the ol' double bird around on camera for a sec.

ESPN must've said something during the break, because Eli followed up shortly thereafter with an almost equally hilarious apology:

While Disney/ESPN may not have been thrilled, the internet ABSOLUTELY was and the memes came fast:

How many times did Eli Manning beat Tom Brady in the super bowl? pic.twitter.com/4aTRoJ9vaM

Eli Manning is all of us while watching the Bears offense on Sunday pic.twitter.com/rsXjIVhAbj

Eli Manning isn’t the hero we deserve, but the one we need right now. pic.twitter.com/QM4QT5slmF

Other notable moments from yesterday's game featuring Peyton and Eli included such hits as:

"Your boys medium jeans are keeping you from getting turned."

“That helmet might fit you though, Peyton.” @EliManning must be stopped pic.twitter.com/oXe6WHMCB9

-A Sincere Tribute by Tom Brady and Bill Belichick

Tom Brady and Bill Belichick congratulated @EliManning on getting his jersey retired with the Giants pic.twitter.com/BIT1SG6Jms

-And the winner of the night: "MA, MEATLOAF"

"MA, MEATLOAF."@EliManning is winning this broadcast. 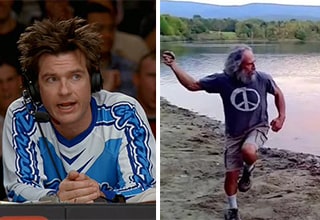