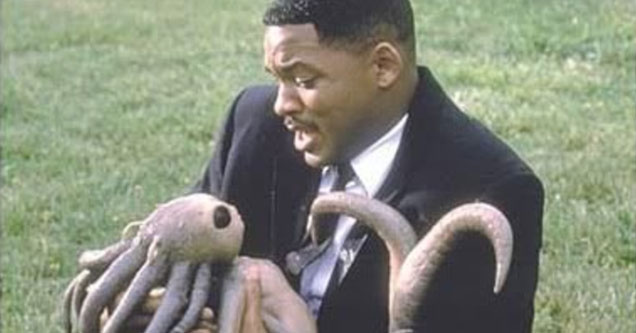 Grimes is pregnant, whoop-de-doo. The singer/songwriter took to social media yesterday to share the news that her and Elon will be having their first child together. 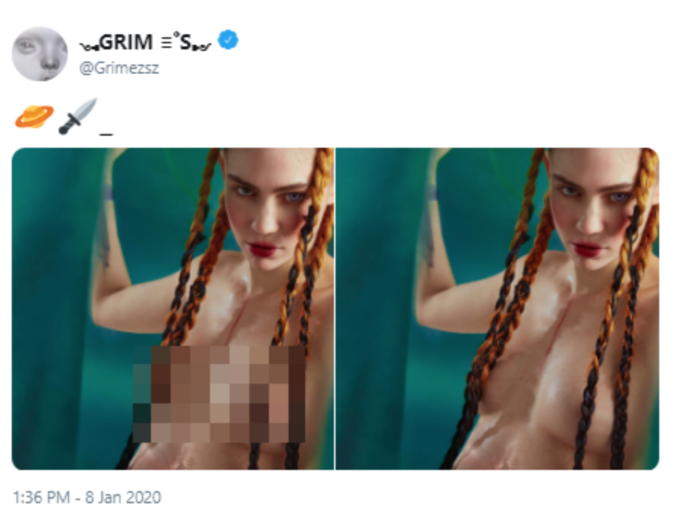 The post itself is very on brand for the two. It's both shocking, as she's nude and bizarre, in a way only Grimes and Elon can be. Many people online thought maybe it was just a marketing scheme to promote some new song or album, but she let people know in the comments that yes she is in fact expecting. 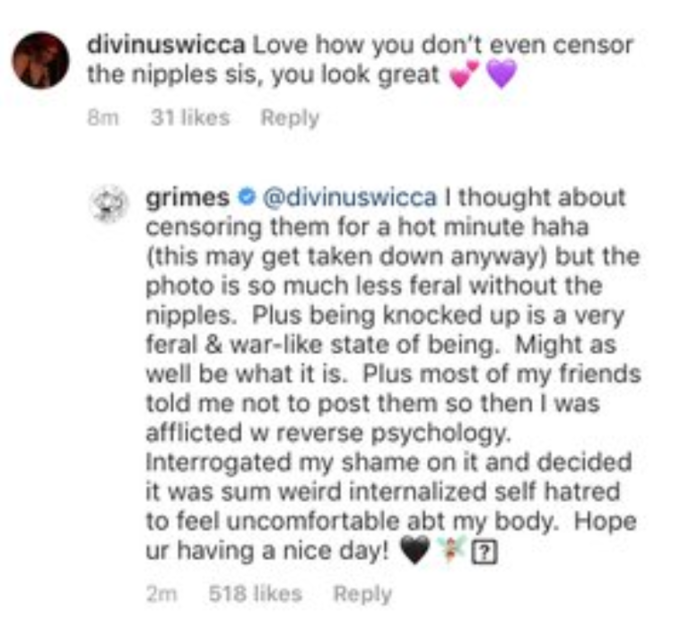 And as the Internet does, they began to speculate. Speculate on the potential names and what the baby might even look like. We know all very interesting stuff. But hey, I've you've ever wondered what Grimes looked like naked, you don't have to wonder anymore. (its less than satisfying) 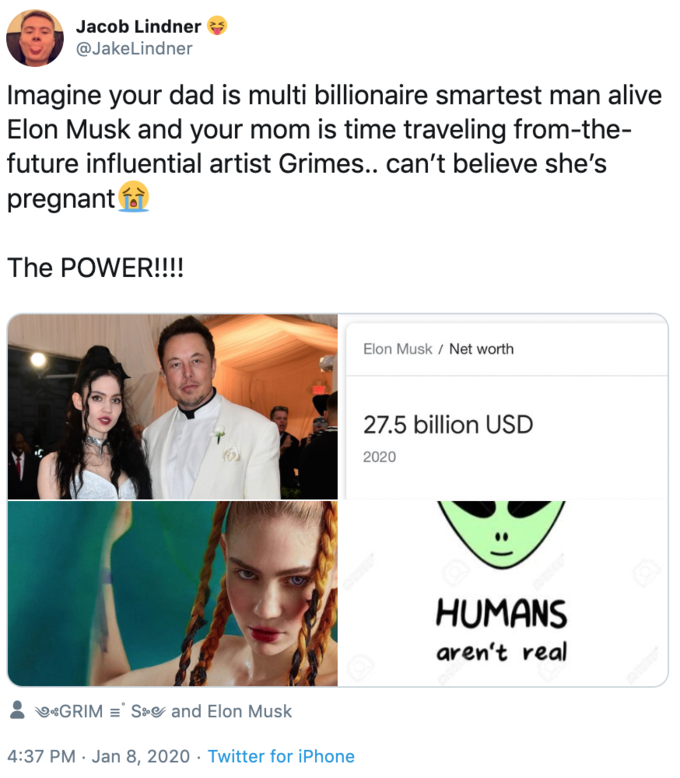 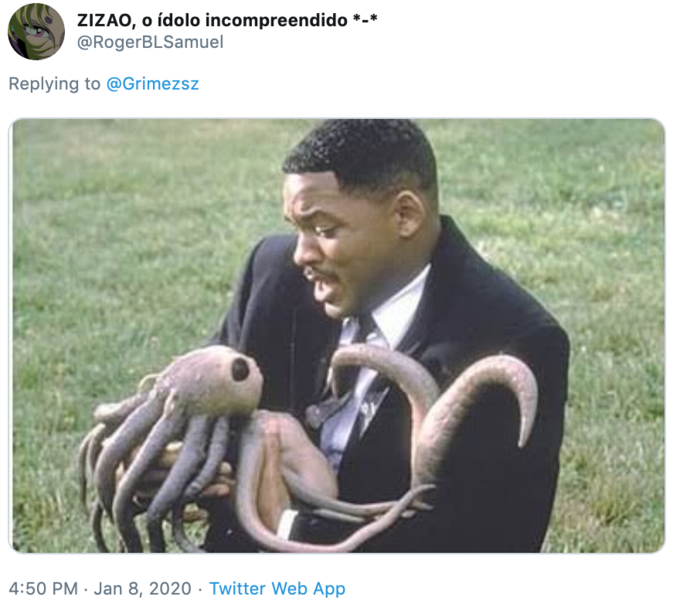 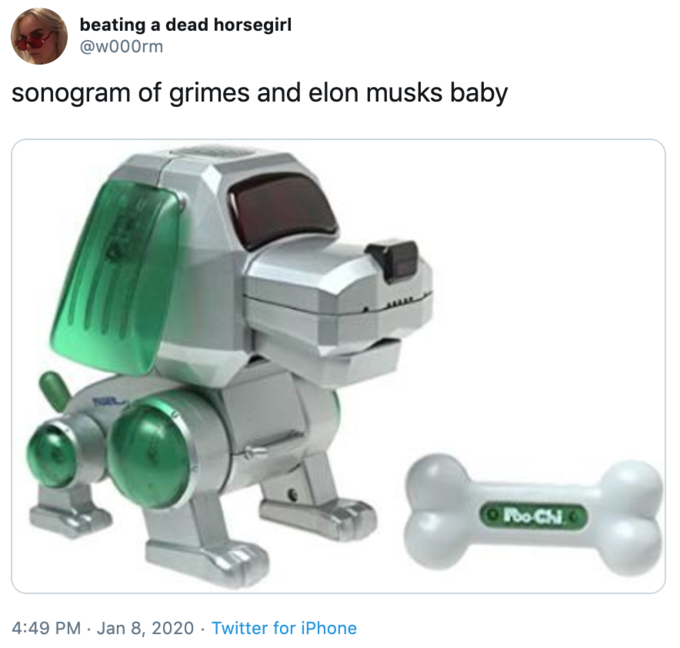 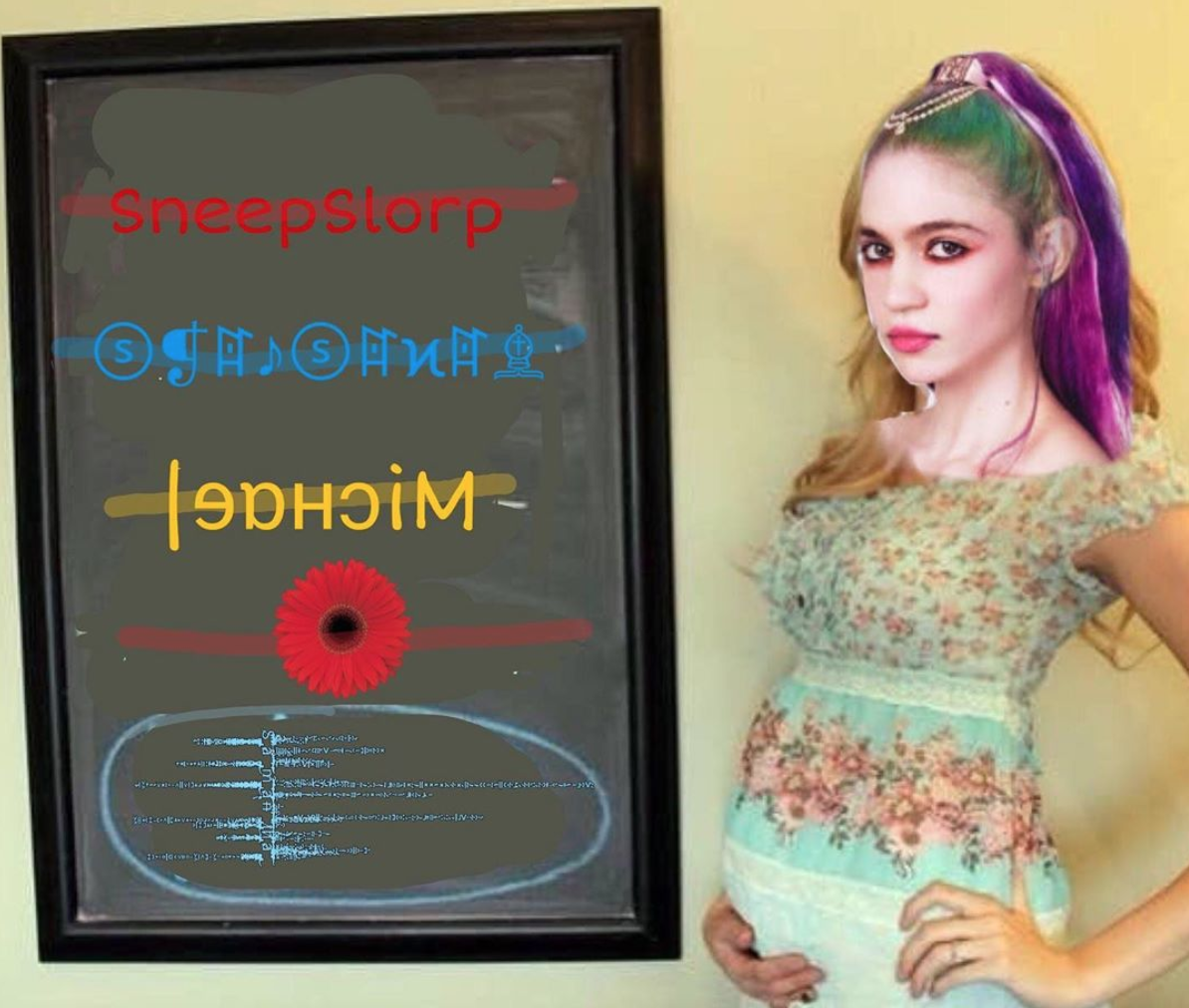 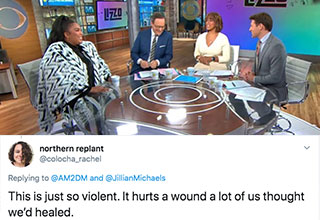