Jimmy Donaldson aka "Mr. Beast" has gathered a large following through his YouTube channel.

That began the #TeamTrees Challenge. Anyone can donate $1 to plant one tree.

The challenge has so far been successful, with 6 million trees donated.

Things really heated up when Elon Musk started asking about what was going on.

The trees are being planted on every continent except Antarctica and the kind of trees planted depends where they are planted. Arbor Day plants trees that are native to their surroundings :) https://t.co/W2ItuwU418

He quickly pulled the trigger.

The internet is, rightfully psyched.

It is now illegal to not drive a Tesla, sorry but Elon planted a million trees so all other cars are now obsolete. 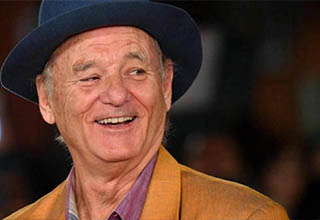 NEXT ARTICLE Bill Murray Applies to Work at an Airport P.F. Chang's, Gets the Job