Earlier this month, Eminem released the surprise 13-track album Kamikaze, which took aim at a handful of other artists including Tyler the Creator and Machine Gun Kelly.

On the track “Not Alike”, Em says “I’m talkin’ to you, but you already know who the f*** you are, Kelly / I don’t use sublims and sure as f*** don’t sneak-diss / But keep commentin’ on my daughter Hailie.”

The lyric was in response to Kelly’s 2012 tweet about Eminem's daughter Hailie, calling her “hot as f***”.

Somewhat perplexed by the 6 year delay in the comeback / response to the tweet MGK proceeded to release his own diss track called "Rap Devil" just a few days after Kamikaze was released.

Check out Eminem's response to MGK "Killshot" below:

While both tracks were pretty great, there can obviously only be one "winner". In your opinion, who won this battle of the diss tracks? 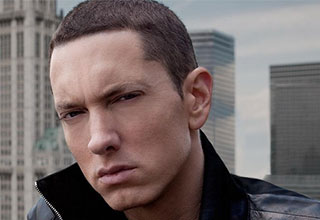 NEXT ARTICLE Eminem Is Finally That Cringey Old Dude