A man named James dropped a bombshell on his colleagues:

He enjoyed the combination of milk and Coke.

It was a "Brummie" (an English dialect that is spoken in the West Midlands of Birmingham in the United Kingdom.)  thing, he said.

@davidallengreen Can you confirm or deny a thing for me? I am currently being told by @JimMFelton that milk in coca cola is A Brummie Thing. IS IT TRUE?

His colleagues were rightly disturbed.

I'll never forget the Slack message saying "...would you think it was weird if I had a milk-coke?"

Some called him out on his BS.

I want to see you drink this James. In the office, tomorrow. In front of other people. No avoiding this time

You say this like it’s something I avoid, when I actually love nothing more than drinking a big mug of milk coke

He eventually went to his own family for backup.

Milk coke is a real thing. Brummies love it. We can all move on from this discussion now, I will be taking no further questions. pic.twitter.com/dQR8bg3UAO

After he did the dang thing, the internet was rightly disgusted.

Based on my kids school reaction to this Momo story, I reckon we about a day away from getting a letter from the head warning us about the dangers of Milk Coke.

Back when I worked in UCL's Phineas, some guy insisted on ordering a "Baileys & Coke". I poured the creamy baileys into the acidic coke, it immediately curdled into thousands of floating proteinous lumps. The guy was mortified but drank it anyway. Coke & milk sounds even worse... 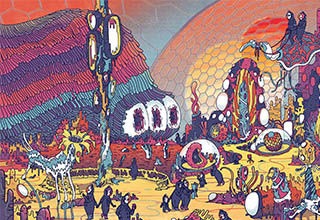