Last month the Camp Fire in Northern California destroyed over 18,000 homes and became the deadliest fire in 100 years, with the death toll at 88. The fire was particularly devastating and deadly because of how fast it moved through the extremely dry area.  Because of that many families never had a chance to go home to collect their things, or some cases, their pets.

This was the case for Andrea Gaylord and her husband, who had to leave behind their two dogs, Madison and Miguel. Miguel was found first, having traveled 100 miles in what must have been a terrifying and lonely version of the Homeward Bound. But no one could find Madison. That is, until last week, when Gaylord was able to return to her home and who was there to meet her, but Madison.

Shayla Stevenson, who had found Miguel, gleefully shared the news on Facebook: 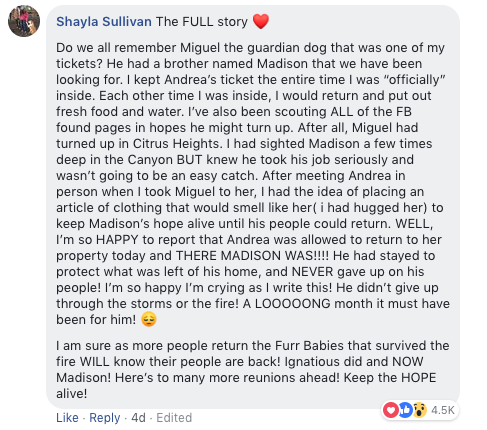 While it's unclear how Madison survived the fire, we have to assume that it was good instincts and dedication to his family.

Watch the ABC story of the entire event that includes the moment when Madison and Miguel are finally reunited. 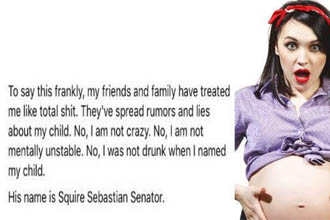