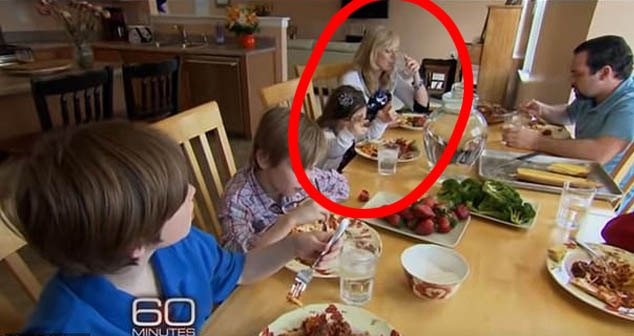 This is not the first time Natalia and her adopted mother have appeared in the national media.

RTV6 in Indiana shared a story about a couple who faced charges for abandoning their adopted daughter before fleeing to Canada. The couple had legally changed the daughter's age to 22.

Kristine and Micheal Barnett, now divorced, had adopted 5 children previously. One, an autistic physics prodigy named Jacob had even been featured on 60 Minutes.

Natalia appears briefly at the dinner table at 3:40.

It was Natalia Grace, the 'child' they adopted from Ukraine at the alleged age of 6 that the couple now left behind in Indiana. Kristine described her fear of Natalia to the Daily Mail.

‘She would make statements and draw pictures saying she wanted to kill family members, roll them up in a blanket and put them in the backyard,’

I saw her putting chemicals, bleach, Windex something like that, in my coffee and I asked her, what are you doing? She said, “I am trying to poison you.

She explained how she and her ex-husband came to believe the child was not a child at all.

The media is painting me to be a child abuser but there is no child here...Natalia was a woman. She had periods. She had adult teeth. She never grew a single inch, which would happen even with a child with dwarfism.

I was giving her a bath and I noticed that she had full pubic hair. I was so shocked. I had just been told she was a six-year-old and it was very apparent she wasn't.

Natalia had an unusual way of speaking and an advanced vocabulary for her supposed age.

At the time I ran a little school and I remember she said to me, these children are exhausting, I don't know how you do it.

Natalia began suffering from mental health issues and the family took her to a number of physicians and therapists.

One clinical therapist in January 2012 said Natalia claimed to them that she was 18.

Then, at Larue Carter Hospital in Indianapolis, in June 2012, staff said she had described how she had tried to kill family members and had no remorse about it, with Natalia going as far as to describe it as fun to staff.

Is Natalia the age she claims to be? Is her mom abandoning her adopted daughter at a vulnerable age? or is Natalia a con artist who scammed this family for years?

The case will be tried shortly. Kristine surrendered herself to police and was released, posting a $5,500 bond. 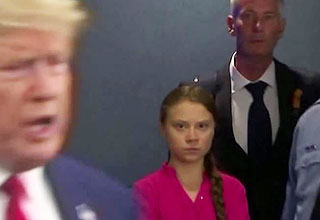