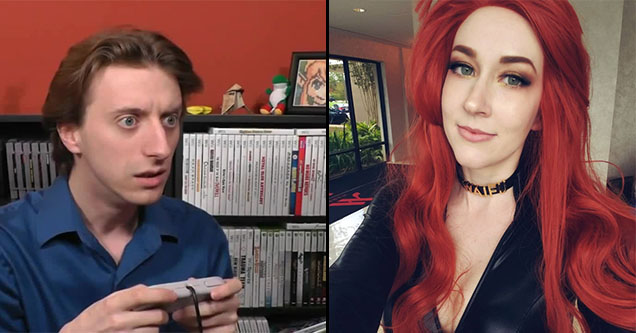 Gaming YouTuber ProJared, whose real name is Jared Knabenbauer, has been accused of not only cheating on his wife, cosplayer Heidi O'Ferrall, but also sending nudes to underage fans while also asking for them in return. On Wednesday, Jared tweeted out a statement explaining that he and his wife were getting a divorce. 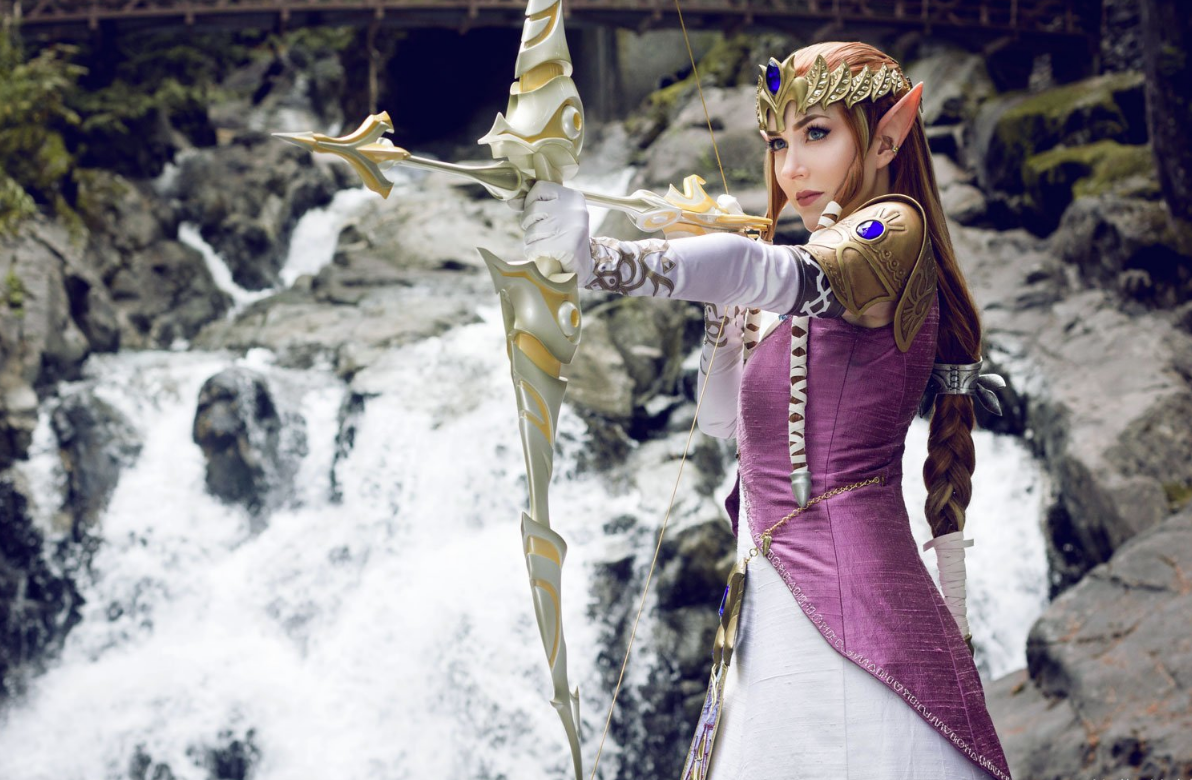 His wife went on a twitter spree revealing all the awful things he has been doing to her.

In recently learned that my husband @ProJared has been fucking @HollyConrad behind my back for months. I have no idea what announcement he just made because he blocked me. pic.twitter.com/QeSAIuahJa

I have proof. Explicit conversations and photographs of their relationship, which he extensively lied to me about on many occasions. He was promising me that he was committed to our relationship at the time, and promising her he was breaking up with me.

He went so far as to blame me for being suspicious and making him "feel like a bad person" by questioning his loyalty. He gaslit me for months, insisting that he had "the bare minimum interactions" with her and "didn't even like her". Meanwhile, THEY WERE HAVING SEX

His statement is nothing more than an attempt to silence me before I can reveal anything. I gave him the opportunity to make a statement about his infidelity before I did. I told him it would be less embarrassing for him if he was honest with his own friends first.
He declined.

The proof I found was on his old phone, dating from October to December of last year (until he got a new phone) Everything from sexual images to detailed descriptions of times they've met for sex.

Reading the explicit messages between my husband and his mistress is an experience I would not wish on anyone. I basically discovered that they've been hooking up on all their work trips since last fall, and meeting together secretly since she moved here.

Honestly @HollyConrad you look very ashamed and insecure in all the nudes you sent my husband. I think it would help your chronic self esteem issues if you started fucking men that weren't already married.

She then went on to reveal that he was sending nudes to underage fans via Snapchat and had a Tumblr blog where he would post submitted nudes.

It's also true that he has been soliciting nudes from his fans for years. I was there. In the beginning, it was a joke on tumblr. Then it was its own tumblr account just for nudes. It was ostensibly a body-positive space for consenting adults, and I approved on that basis.

It kept escalating secretly. He started a Snapchat, for getting nudes from fans, without telling me. I found out via a fan comment. I felt pressured to allow it even though I was uncomfortable.
Anytime I gave him an inch, he took a mile.

After that some of the girls he interacted with sent out tweets confirming his behavior.

I followed him on Snapchat for a brief period not even that long ago (February? I think) it started with him sending risque cosplay pics and I deleted him after they became full on nudes. I never sent any pics back. I am so sorry.

He regularly asked fans for nudes on tumblr and would encourage people to join his “18+ Snapchat” and it definitely rubbed me the wrong way. I am so sorry that he was doing this.

I dont have anymore solid screenshots, but i can let you know his immediate respone to my requesting to add him on snap was asking if i was there for his nuded, over 18, NOT ASKING FOR SOLID PROOF MIND YOU LOL, and asking if i was over 24. I had assumed it was a joke but Wowie

There is now a subreddit devoted to memes roasting ProJared. 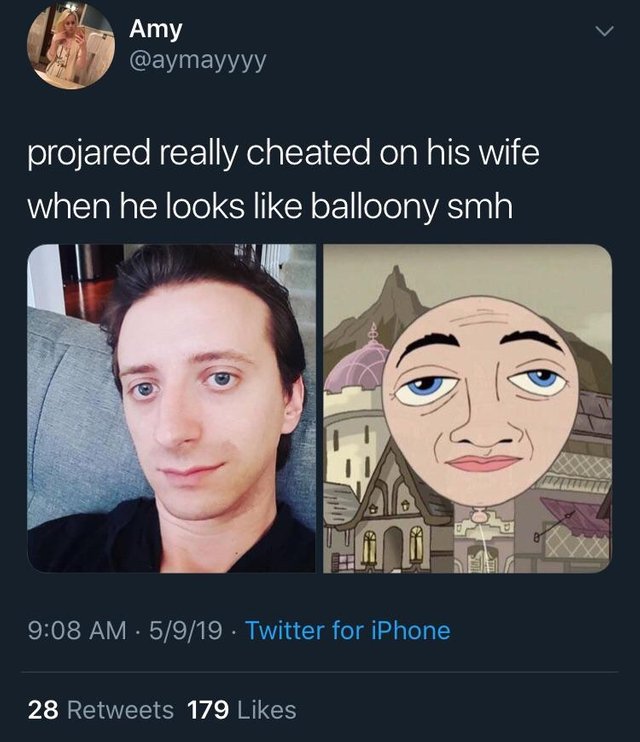 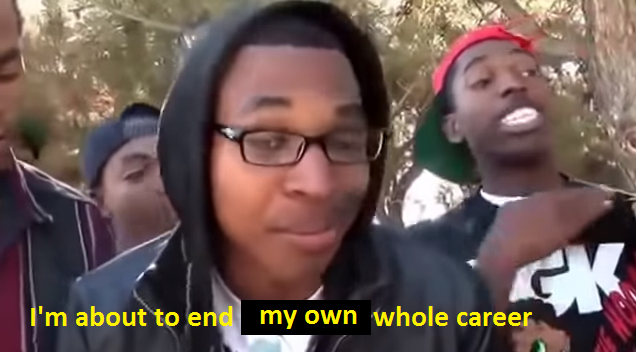 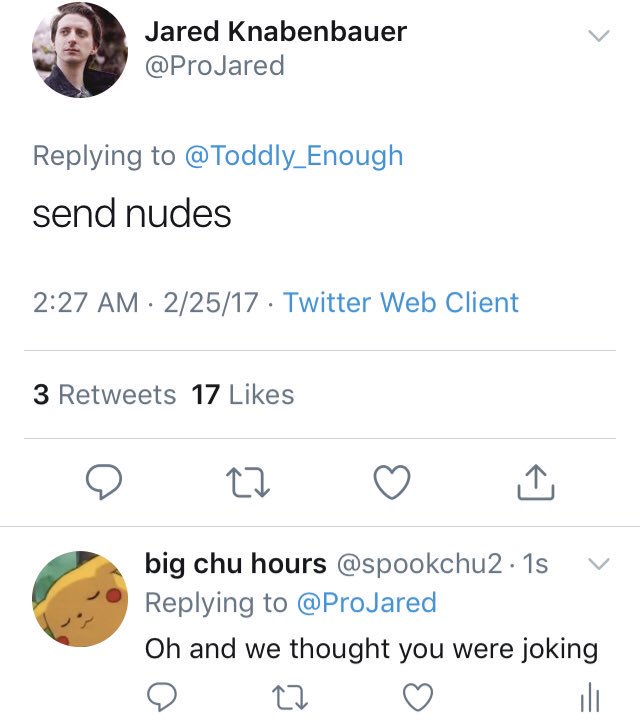 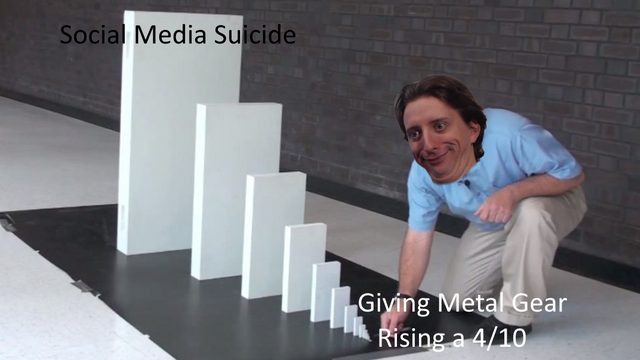 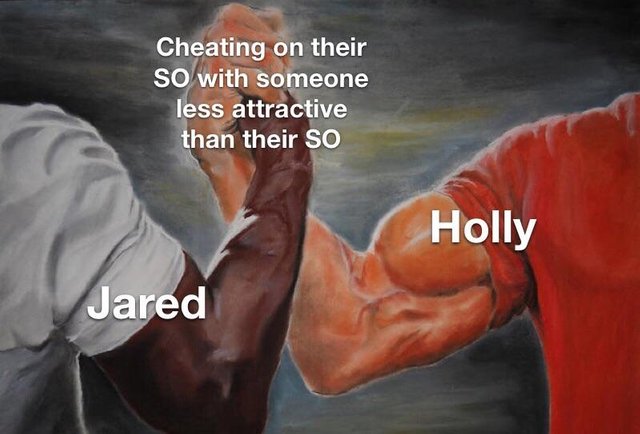 Check out this Know Your Meme entry if you want to learn more. 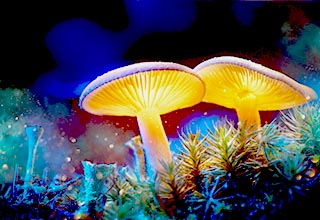