So I'm trying to find more of a backstory on this footage, and aside from some articles of farmers fighting against eminent domain in China in 2010, I can't find much aside from this video being uploaded to Youtube back in 2015.

The Chinese government regularly uses eminent domain to take land away from their citizens, which is not unlike the United States, except for the scale. Between 2000 - 2008, 1.5 million (14%) of Beijing's permanent residents were evicted from their land for the 2008 Olympic Games.

This video is almost MORE dramatic, that shows farmers fighting off what appears to be the local police, with one police officer even catching himself on fire. 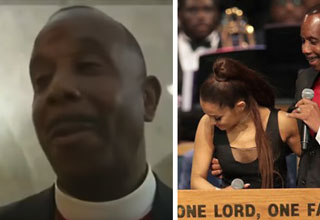