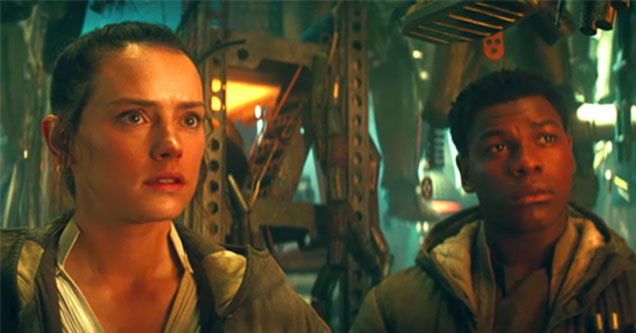 Last night was the world premier of Star Wars: The Rise of Skywalker and many film critics and comic book nerds are letting the world know what they thought of the final instalment of the Skywalker saga.

Now, as these things go, usually only 'friends' of the industry are allowed into premiers and when it comes to Star Wars that is specifically true, as studio executives want to paint positive pictures of their films before they hit theatres around the world. However, there are a number of people who were in attendance last night that have seemingly broken ranks and let their real thoughts fly.

Jake Hamilton, a Fox 23 News anchor had this to say. 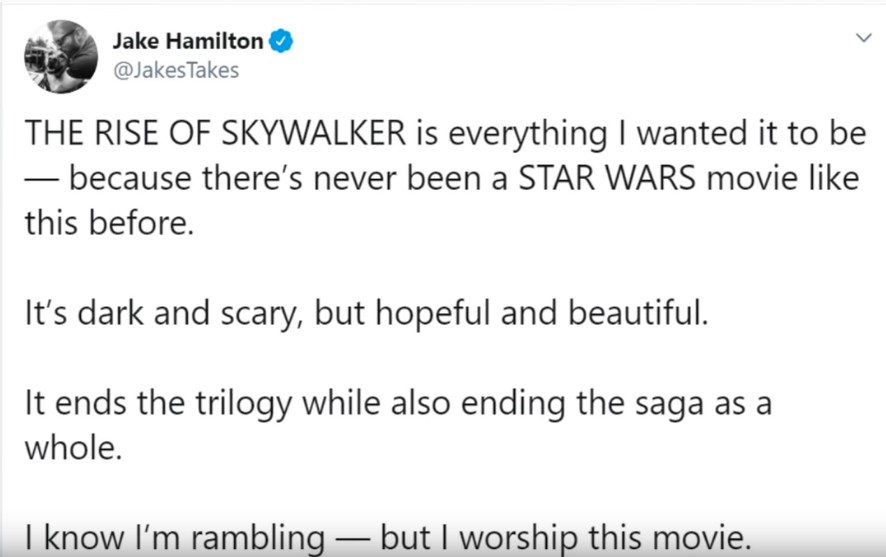 Erik Davis the managing Editor at Fandango thought it was EPIC!

Ryan Parker the senior writer for The Hollywood Reporter thought it was amazing.

What these first reviews all have in common is that they are beholden to the studio and must give rave reviews if they hope to keep their access to future films and events.

But not everyone has to shill online for Disney. Like Steven Weintraub, the Editor-in-Chief at Collider, who was able to speak freely and honestly because he doesn't need those Disney dollars had a (shockingly) different opinion of the film, though he said he wouldn't get too into it until it comes out.

And finally, Scott Mendelson a film critic and writer at Forbes said the movie had 'video game plotting' and 'weak action', so we know he's telling the truth.

So what can we take from this? I assume we are all prepared to 'enjoy' the film even if we hate where it ends. After all the backlash over The Last Jedi, you'd think they'd get it right this time, but I wouldn't be so sure about that.

Our guess is that characters will be left without closure to their arches, some new force shizz will be introduced that will be more dumb than cool and oh, we're all going to be disappointed, again.

And here is a quick review from film critic John Campea.

Bonus breakdown of more reviews including some of the ones mentioned above. 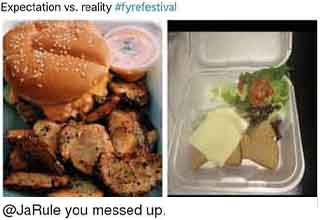 NEXT ARTICLE Ten of the Biggest Scandals of the Last Decade