Florence Pugh posted a lengthy Instagram rant after receiving backlash for wearing a see-through dress while attending a Valentino show in Rome. The actress didn't split hairs in her post and called out all the haters and losers who, "aggressively let me know how disappointed you were by my ‘tiny t*is’, or how I should be embarrassed by being so ‘flat chested’." 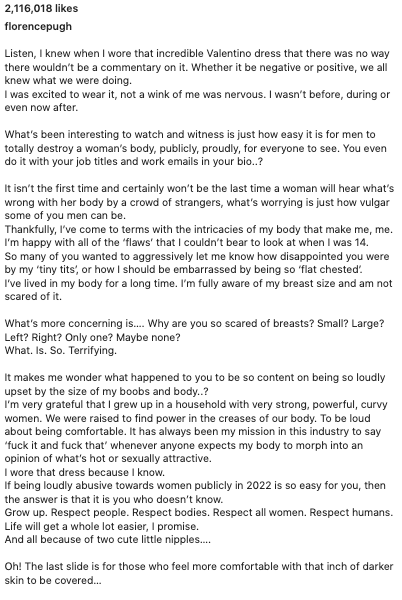 Pugh ended her post by saying, "Grow up. Respect people. Respect bodies. Respect all women. Respect humans. Life will get a whole lot easier, I promise. And all because of two cute little nipples…." 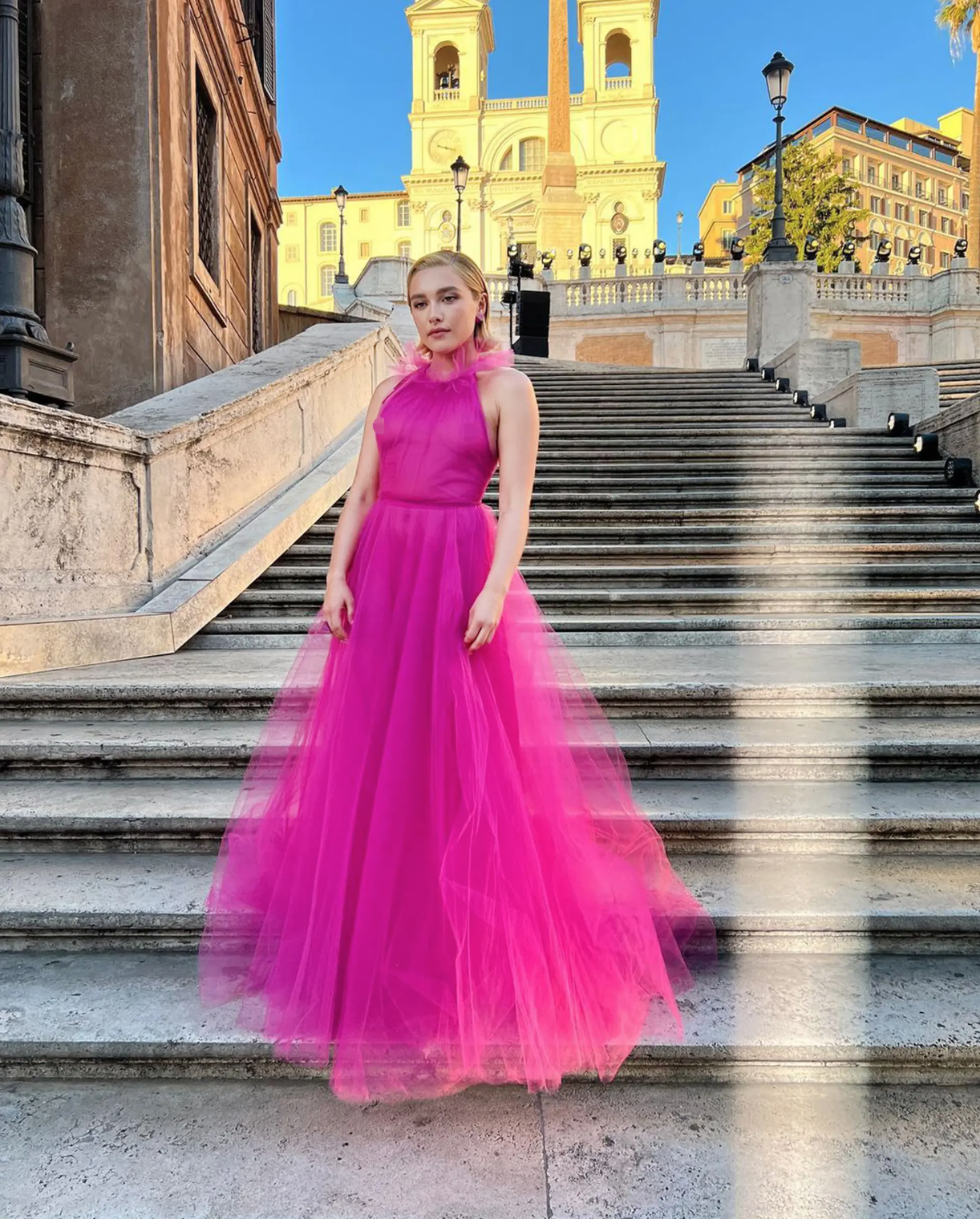 Without pretending that she needs a knight in shining armor, we commend Florence for taking this stand and telling her trolls to go kick rocks. Though we tried our best to find these pathetic commenters, trashing Pugh for being "flat-chested" we came up empty-handed. 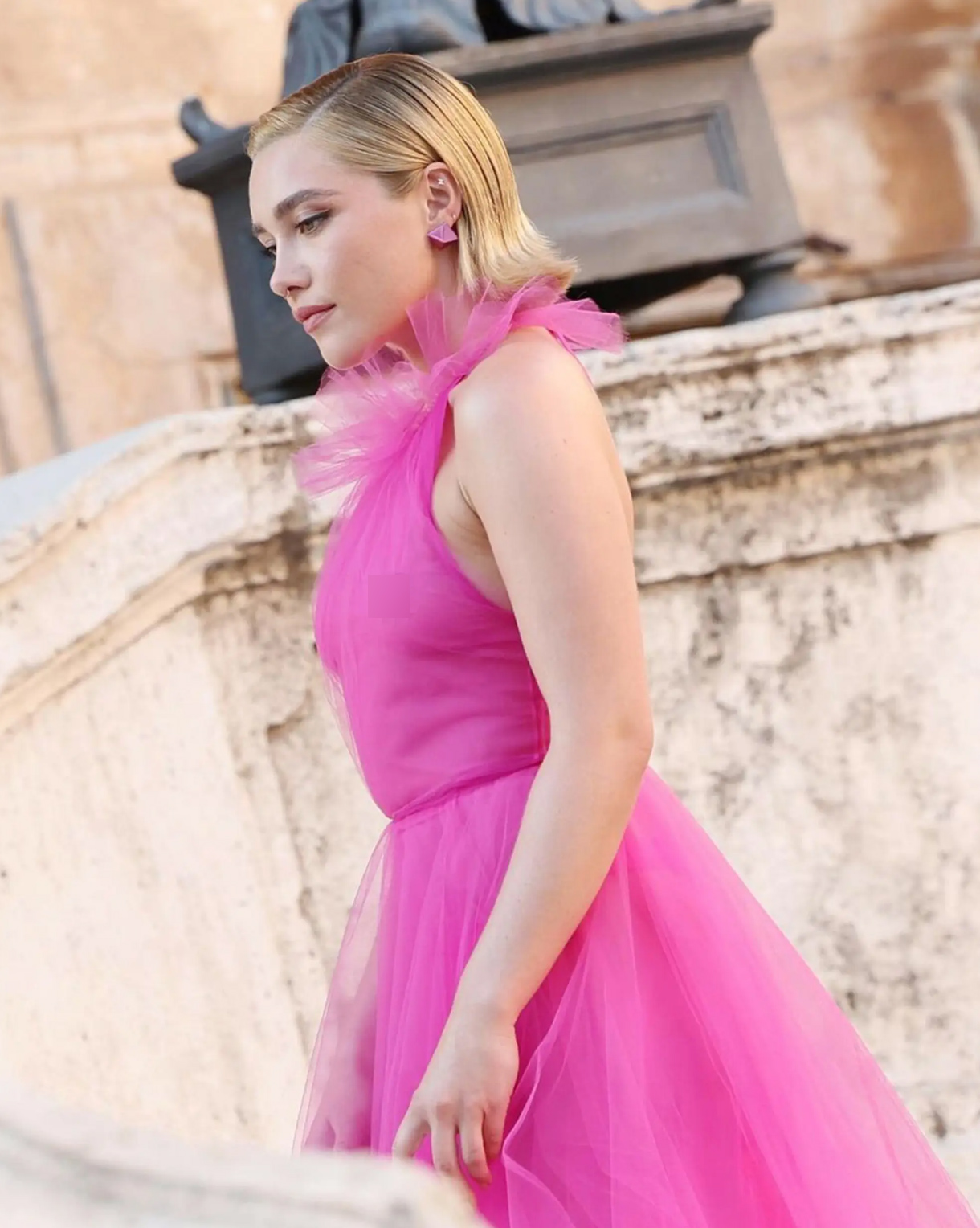 We didn't go searching for these rude commenters in order to invalidate her statement, but instead to talk some sense into them, obvious airheads. Because what moron would go out of their way to scold a woman for having boobs? 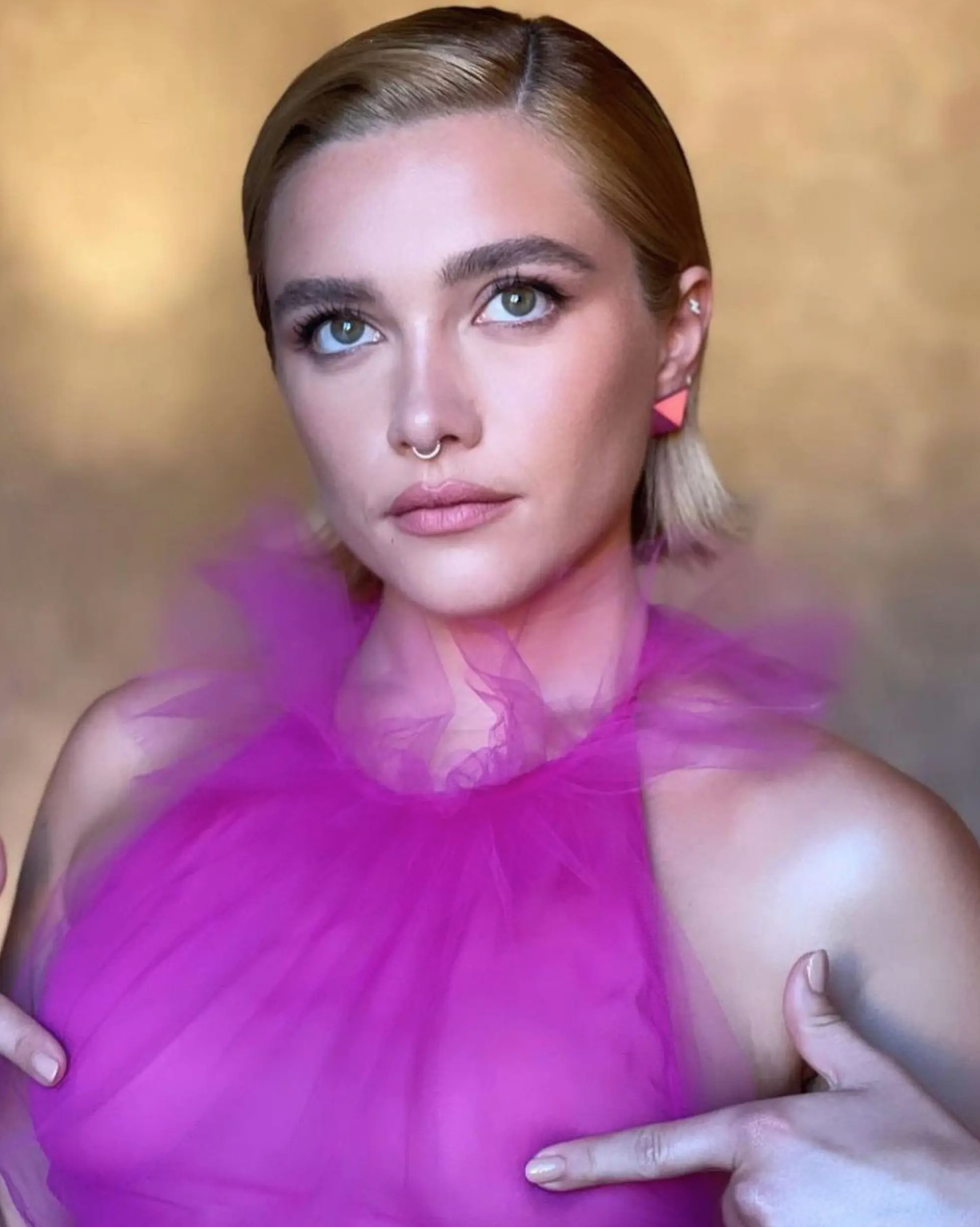 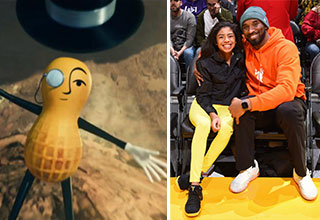