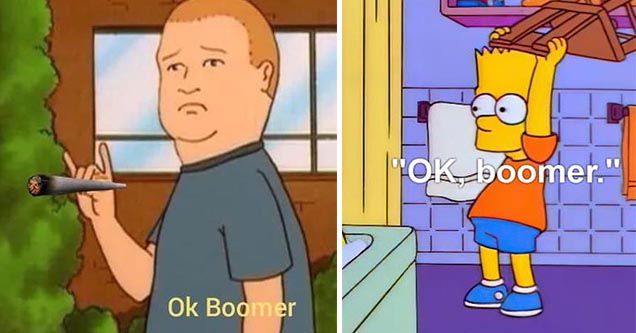 FOX has filed a trademark application for "OK BOOMER."

The media giant filed the application on November 11th.

According to the filing, FOX intends to launch a reality, comedy and/or game show called OK BOOMER.

The application says that they are intending to create a television show based off of the phrase. From what Josh describes in the video, it seems like it could be about anything with the application saying the show could be a reality, competition, comedy, or game show.

This "genius" idea most certainly came from the brain of a boomer somewhere high up on the Fox executive team. Here are some things the good people of Twitter had to say about this:

bahahahahaha what a boomer thing to do

In all likelihood any application for OK BOOMER will be denied by the USPTO for being a "widely used message."

I went over this point in detail with CNN today: https://t.co/uc4Bgexpnu

It's gonna be huge. Like Myspace. Or canceling Family Guy.

How very Karen of them

Anyone tried to trademark OkXer yet? #auspol

Okay that joke is dead now