Illia Novikov is a 25-year-old from Kiev, who ran nightclubs and worked at a vinyl shop before the war broke out back in February. Before the war, Illia was studying for an exam in Java Script where he was hoping to build a career in coding, but all that was put on hold when Russia invaded Ukraine on February 24th.

After the war broke out Illia fled Kiev and later became a fixer for British journalists where he acted as a translator and guide. In the weeks following Russia's invasion, Illia started a website to catalog the war. The website is called, Casualties and is divided into four different sections: infrastructure, military equipment, captives, and perished.

The intention behind the website was to catalog the state of the war and to show the world what was happening in Ukraine, specifically, Russians who may not be shown the truth. Illia was kind enough to talk with us about his time living in a war zone and how his project Casualties came about. 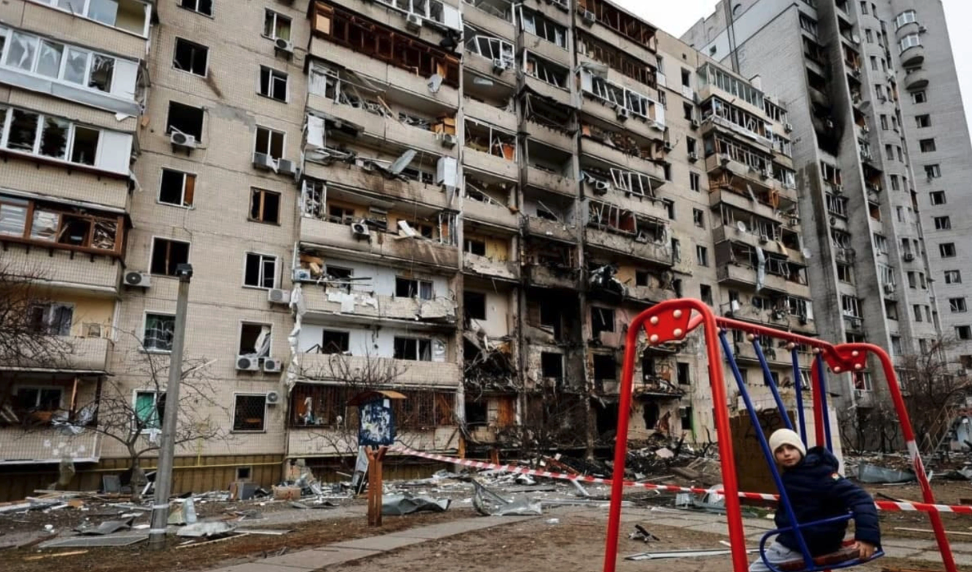 **This interview has been edited for clarity. Warning: sensitive themes.**

Ramble: So, can you tell us how you got the idea to start the website?

Illia Novikov: So how did it happen? I was driving out of Kiev on the second day of the war. The city was bombarded, man. And I was in a car with three of my friends. We were driving just a 1992 E-Class Mercedes, a very old car that broke down three times on the way. But I'm so grateful to that old, beautiful girl that took us out of this f**king hell. And I was driving and we could hear explosions somewhere, not really far away from us, while stuck in a traffic jam. Just to just leave the city took eight hours, man.

Illia Novikov: So a road that normally would take two hours, took us eight hours. Anyway, I was just stuck in this huge, horrific traffic jam. I was not panicking, but I was a bit scared because you just sit there, you're stuck, your car is in the middle of a huge amount of other cars, and you cannot drive off if something falls next to you. You just f**king sit there and wait if it falls on your head or not. It was a bit tense. 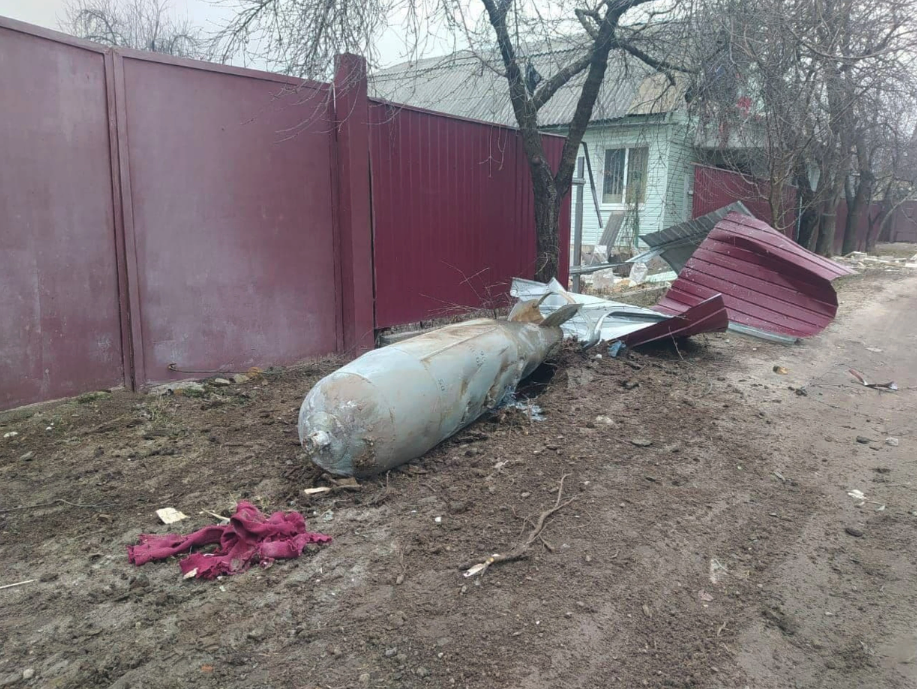 And the thing is, I have relatives that live in Russia, they moved there 20 years ago. It's my auntie with her husband. Well, my cousin with his wife and he has two children, my nieces. Anyway, so not close relatives, but we were always on good terms with each other. We would call each other from time to time. And my cousin is a bit older than me, but he's a nice guy.

And I decided to write him because he's in the military in Russia. He lives in the north of Russia, but he works in the service ... And I need you to help me because I forgot this word in English. It's these guys who go to some natural disasters to rescue people, you know? 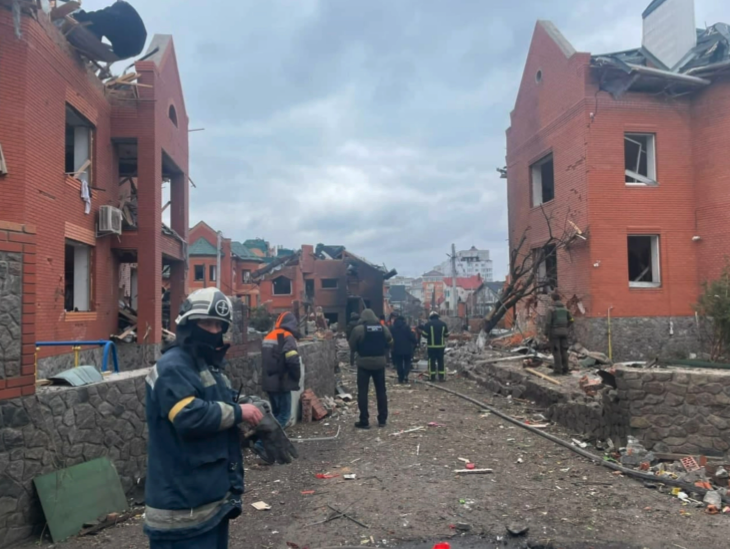 Illia Novikov:  What do you call them? A paramedic.

Illia Novikov: First responder, yeah. Let's call it that. Right. He's the first responder to the governmental body in Russia. And so he’s well connected within the organizations in Russia. And I just wrote him, "Hey, I don't know if you have seen the news, but shit has hit the fan in Ukraine."

And at that moment my mom was in one place, and my sister was in another place. We were all in different cities around Ukraine, and I was a bit stressed for them. And I started to tell him, "I'm escaping Kiev. It's being bombarded by Russians." And he says, "Oh, I feel so sorry for you guys. I hope you're all safe and I wish you were here with us right now." 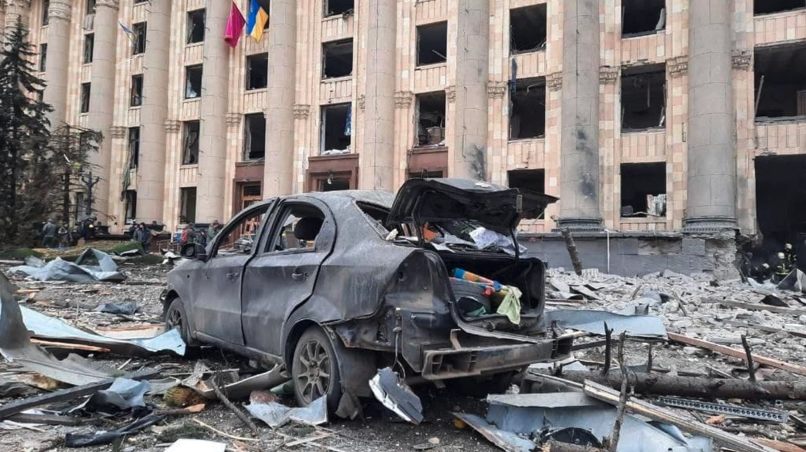 And I said, "With you in Russia where you live?" And so I have sent him a couple of videos, quite graphic shit to see how they're equipped, the dead Russians. And he stopped talking with me after that. Later I learned from my grandma, who lives in Ukraine, but she keeps in touch with him. She's a big pro-Putin bitch, but I still love her as my grandma.

She later told me that this part of my family, “canceled” me because I share uncomfortable pictures and images with them of their own, their own f**king soldiers, being equipped as f**king gypsies. I don't know. I'm sorry for that.

And then I was, "Okay, maybe if he thinks that these couple of videos or photos are not enough or they are just some random casualties, war is war. So I decided to create a database to show people like him what is really going on here, to show the real level of casualties. 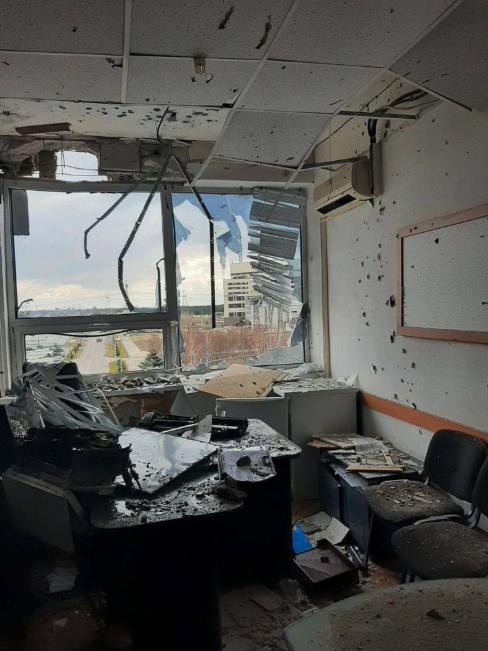 Ramble: Holy sh*t. So how did you build the site? Can you share that?

Illia Novikov: So for the first month I was in a group of 20 IDPs, You know what an IDP is, right?

Illia Novikov:  It is Internally Dislocated People, I guess. You become a refugee if you go outside of your country. When you're in, but you're not at home, you're an IDP. Well, it was 20 of us and half of these people were my friends, all from Kiev and a few of them were web designers. So we worked with them to create the website, https://casualties.cc/.  And then for a few weeks, we were uploading the materials from Google Drive to the website. The latest update I think was on the 9th of March, so that makes it more than three months ago. 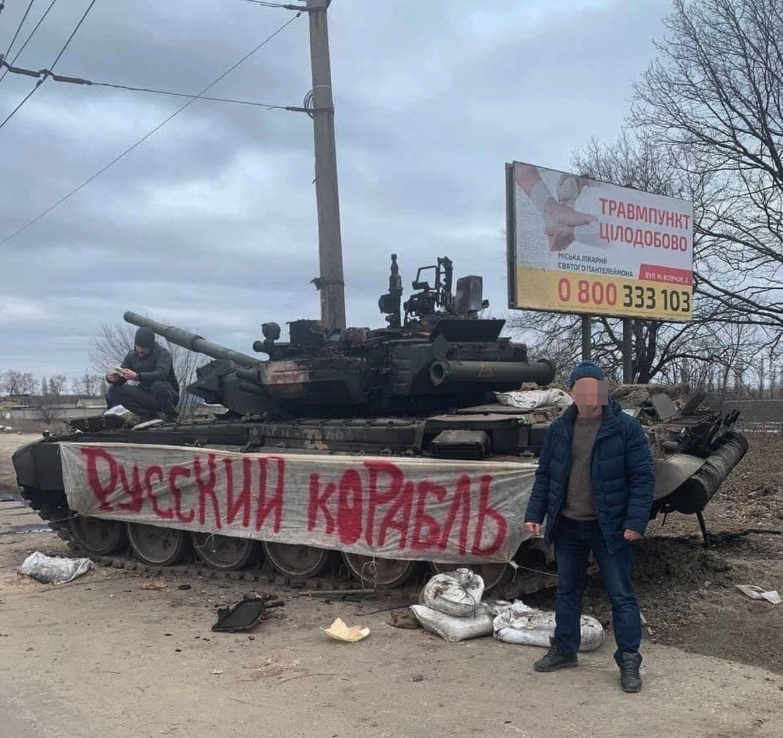 Ramble: How do you collect images and videos?  Where do you source them and how do you verify them?

Illia Novikov: So how does it happen? Just on a daily basis since I wake up and before I go to bed, I am constantly on my phone and I'm constantly reading, I don't know how many, but probably thousands of news posts and messages on a daily basis. And so whenever I see a video file or a photograph that interests me, I just forward it to the Telegram chat I created.

There are like 50 people in this group, who are my friends or friends of friends who are there to share and find images and videos. It is not like I asked them to help me. This is something that everyone was doing. So anyway, at the end of the day, I'm re-posting 95% of all the things that I’ve collected myself and from my friends. So far there are 2,451 photos and 1,193 videos. 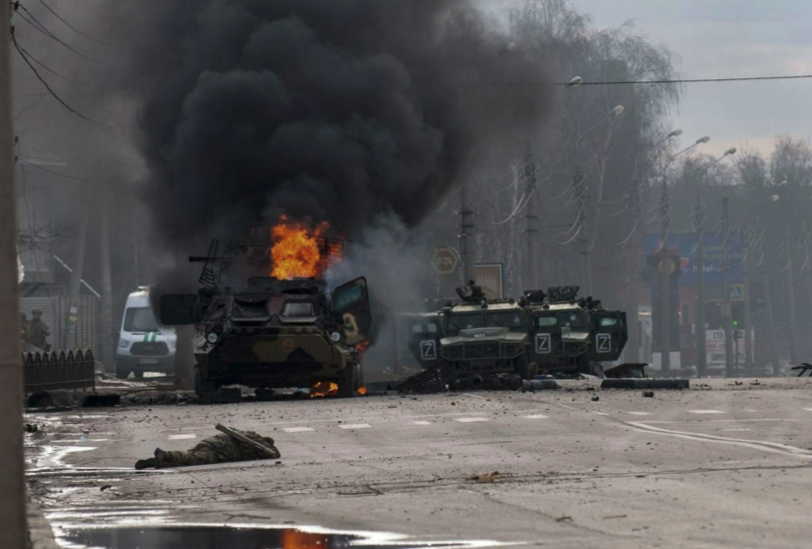 Ramble: Can you tell me about life before the war? Where were you? What were you doing?

Illia Novikov: Yeah. Oh, man. I was working with a couple from Berlin. I helped them to open a record store in Kiev. It was the first record store in Ukraine that sold vinyl, they specialized in electronic dance music. Techno, whatever, drum-based house music, hardcore. So because before I used to be a guy who ran a nightclub. I didn’t own it, but I ran it. And I was a DJ myself and I was a party promoter. This is what I was doing, generally, few last years. 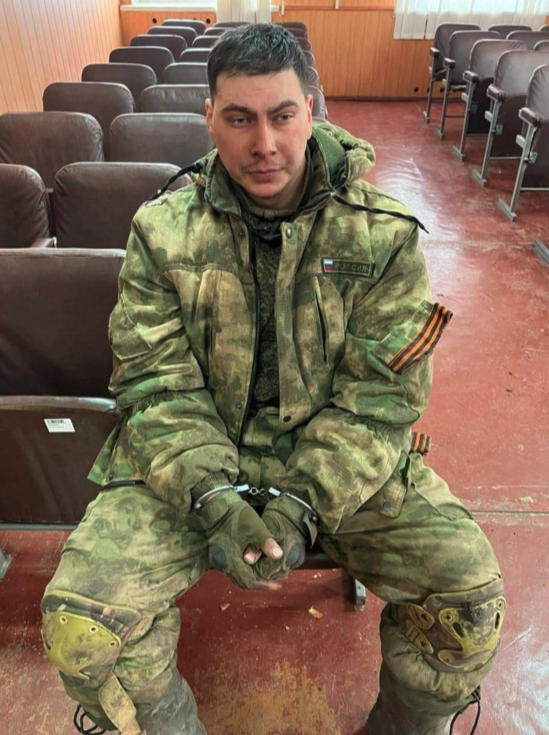 But specifically before the war, for almost two months, the Berlin couple I was working for f**ked me over because they weren't able to pay me for my work after three months of working together. I mean, they paid me for three months and then they were, "All right. We think we cannot take it any longer with you," blah, blah, blah. So I was just unemployed for two months selling car electronics online, reselling record players, sound systems and you name it, whatever works on electricity in a car, I was selling that.

And the thing is, it was a temporary thing for me because I was preparing to pass an exam on the 28th of February, four days after the war started. I was preparing to pass an exam to enroll in this online course to study JavaScript, to study programming. And I was learning a lot of things for the whole month before February. And I was supposed to pass that exam and I saw it as something where I can build a career. Because I'm 25, I was feeling tired of doing gigs here and there, and managing nightclubs. I wanted something stable, and then the war changed the plans. 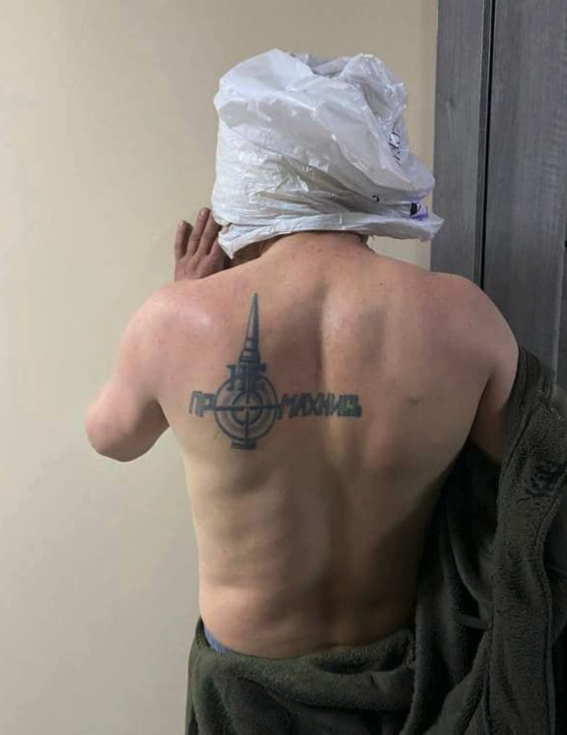 Ramble: And what are you doing now? What have you been doing since the war broke out?

Illia Novikov: Right now, I'm in central Ukraine, in Dnipro, and what I've been doing for the last two weeks is that I'm fixing for a team of correspondents from the news. So we're just going around all the hotspots in Ukraine, different cities, like Bucha, Kharkiv, Dnipro, Zaporizhzhia, all these places, and we just get in touch with people who are fleeing the war or who are under occupation, who have seen some terrible things, who have witnessed some terrible things that were done by Russians. So getting out the real stories of real people and being an assistant translator and interpreter who helps to do that, who helps find those stories.

Ramble: And how did you get involved fixing?

Illia Novikov: Well, quite easy. Networking is a very, very big thing right now in Ukraine. If you know a friend who knows a friend and who knows a friend you, basically, can get anything and anywhere. So I was just contacted by a third person who was looking for someone with a certain set of skills, which I had. So I thought that if I put my project on hold for just these two weeks, I thought that might be very, very useful for the common good.

Ramble: And what are you going to do after that?

Illia Novikov: Let's see. I don't know. First off, whenever I stop with this work, I will come back to Kiev, my hometown, and take out my laptop and get back to working on the project, and after that who knows. 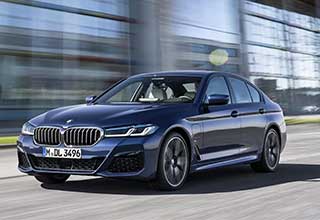 NEXT ARTICLE The New BMW 530e Reportedly Comes With 'Microtransactions'