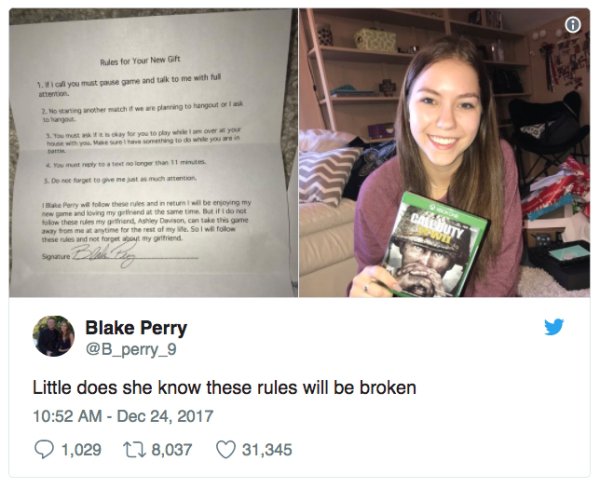 Any gamer who's had a significant other knows that a new game usually means less time doing things like hanging out and watching rom-coms.

Blake Perry was surprised to see his girlfriend had gotten him the New Call of Duty: WWII for Christmas. He also received (from Ashley his girlfriend) a contract with rules and stipulations regarding his new game.

Blake tweeted a photo of the contract on with a caption that read: “Little does she know these rules will be broken.” Over the past few days, his tweet has received a lot of attention and currently has over 31,000 likes. 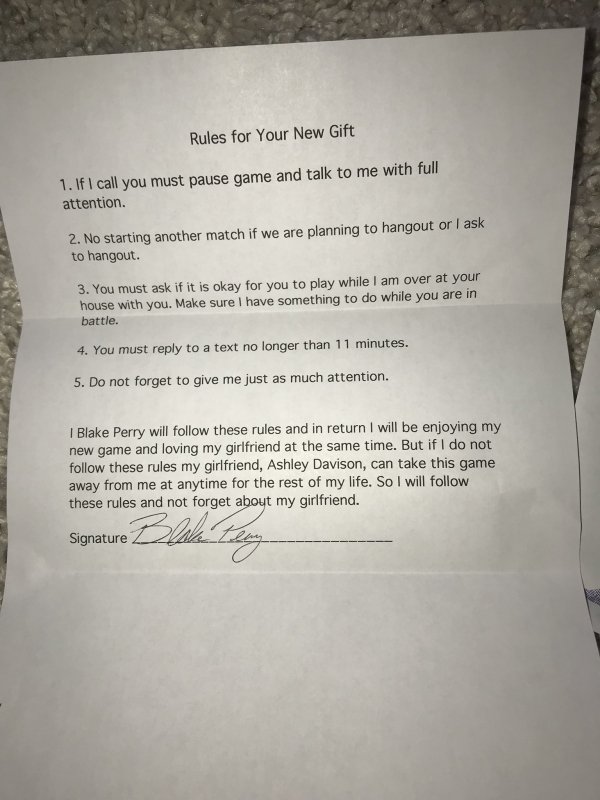 The contract states the following terms and conditions:
1. If I call you must pause game and talk to me with full attention.

2. No starting another match if we are planning to hangout or I ask to hangout.

3. You must ask if it is okay for you to play while I am over at your house with you. Make sure I have something to do while you are in battle.

4. You must reply to a text no longer than 11 minutes.

5. Do not forget to give me just as much attention.

As you can see people on Twitter were quick to jump to conclusions, but Ashley but replied promising the contract was more of a joke than anything.