"Goblin Mode" is a slang term that describes someone or something with erratic or evil behavior, literally having goblin-like traits. The term was coined in 2009 when an Urban Dictionary user wrote the definition as, "When you lose yourself so you resort to becoming a goblin."

On December 5, 2022, Oxford Languages announced that "Goblin Mode" was the 2022 word of the year. The word won a poll of over 300,000 users of the Oxford English Dictionary. The dictionary describes the word as, "a type of behavior which is unapologetically self-indulgent, lazy, slovenly, or greedy, typically in a way that rejects social norms or expectations.'

However, some people thought this definition was too negative and that "goblin mode" could be attributed to being more of a weirdo. 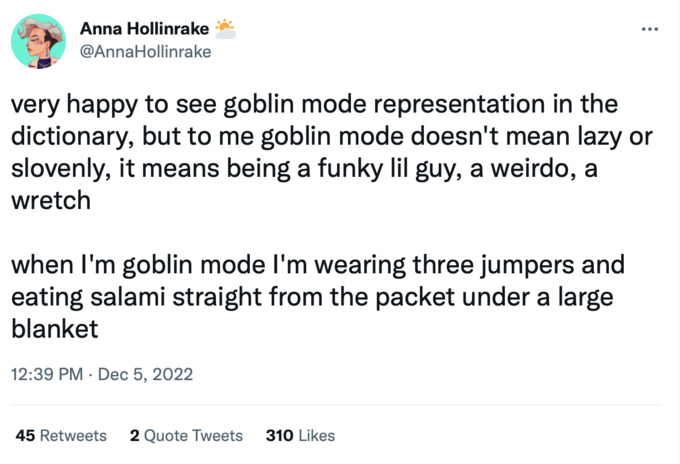 The dictionary also attributed "goblin mode" to the global pandemic where people were more likely to be lazy and exhibit goblin-like behavior post-quarantine, and sequester themselves inside more often.

The linguist Ben Zimmer said the term "gives people the license to ditch social norms and embrace new ones."

Goblin Mode was popularized in 2020 by Twitter user @meowmeowmeuw, who photoshopped a fake news article about Julia Fox, that claimed Kanye West "didn't like it when I went goblin mode." 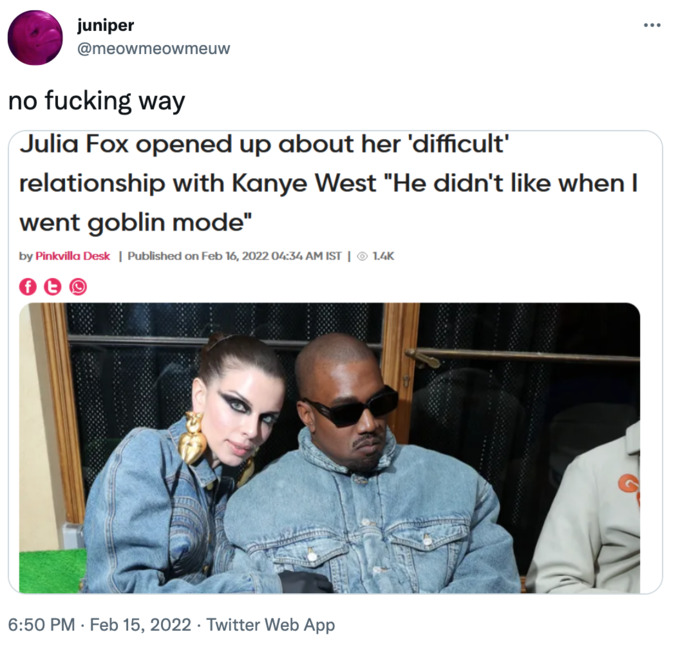 Before you throw caution to the wind, please consult with your doctor to fid out if going 'goblin mode' is right for you. 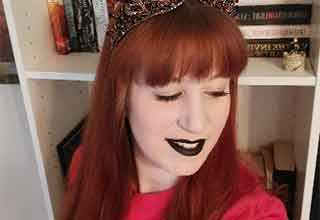