Angel Cardenas has been fired by CBS Sacramento 13 following major backlash over a segment featuring him walking around a classic car show room with absolutely zero respect for the collectors cars.

Hours before the Sacramento International Auto Show began Angel made his way through the show and took his turn sitting and door dinging cars as he pleased.

The original video has since been deleted by Good Day Sacramento following the online backlash, but a few good samaritans were able to save and re-upload copies of Angel wrecking havoc.

Angel first leaped on the back of a Yellow Ford Thunderbird, which surely took many hours and thousands of dollars to restore. And the most telling bit of the two videos is when Angel drops the line, “No one is out here to tell me which car I can’t go in because some of these are off limits so I’m going to live on the wild side, tell me what you think about this pose Tina?”

Besides being a terrible reporter and a moron Angel is also a dick who doesn't give two sh*ts about over peoples stuff. Were glad he was fired and we hope someone comes to his house and jumps on the hood of his Honda Civic. 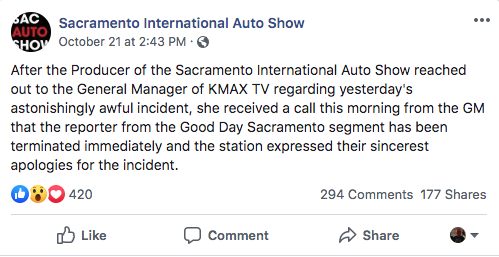 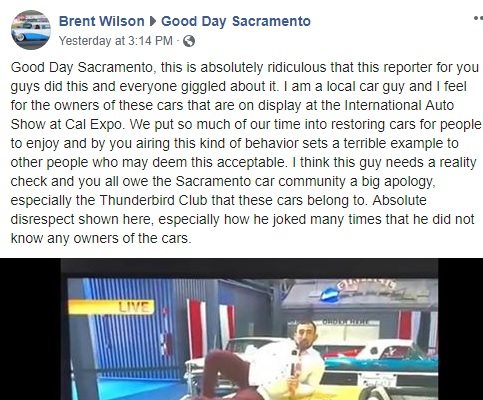 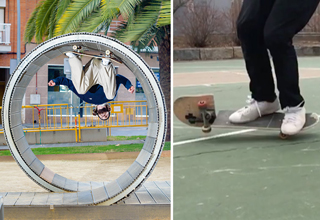 NEXT ARTICLE 11 Skateboard Tricks That Make No Sense at All