Back in July of this year, a shadowy figured was interviewed by James O'keefe of Project Veritas accusing tech-giant Google of altering search results and "shaping the information landscape" according to the companies own biases and political beliefs.

In an effort to protect his well-being and hopefully discourage any attacks on him personally or physically, Vorhies decided to step out of the shadows and release the documents publicly as well as sending  over 1,000 pages of internal policy over to the DOJ's antitrust division. The documents contain everything from hiring practices,  politics, psychological research, and censorship. (You can view the full document dump here).

In the video, Vorhies is unmasked as the "whistleblower" behind the June 24th "Google Insider Video", who discusses leaked documents he allegedly procured from Google, including blacklists for various websites to exclude from search results on certain platforms.

Vorhies also said that Google had sent him a list of demands in the form of a letter after learning of his identity, as well as sending the San Francisco Police Department to his house (unannounced) to perform a mental-health wellness check on him.

When asked specifically about the documents Vorhies stated that:

“I gave the documents to Project Veritas, I had been collecting the documents for over a year. And the reason why I collected these documents was because I saw something dark and nefarious going on with the company and I realized that there were going to not only tamper with the elections, but use that tampering with the elections to essentially overthrow the United States.”

“These documents were available to every single employee within the company that was full-time. And so as a fulltime employee at the company, I just searched for some keywords and these documents started to pop up. And so once I started finding one document and started finding keywords for other documents and I would enter that in and continue this cycle until I had a treasure trove and archive of documents that clearly spelled out the system, what they’re attempting to do in very clear language.”

“I felt that our entire election system was going to be compromised forever, by this company that told the American public that it was not going to do any evil” 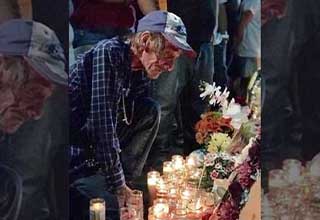