The internet has sacrificed yet another unsuspecting innocent on the altar of the Meme gods -- this time a yet-unnamed man who decided to go clubbing in a shirt that has seen better days (or perhaps saw his better days).

Every now and then, when the internet winds are blowing just right, someone goes to sleep a man or woman and awakens the next morning a meme. Posted online by Twitter user JussdinV2 with the one-word caption, "Insanity.", the Twitterverse's execution-by-fire of the man was swift and absolute.

Revel in the flames as Twitter continues to roast this man alive only four days removed from the fateful tweet, earning thousands upon thousands of tweets, retweets in likes in the (very) mean time.

The way that middle button is holding on for dear life: pic.twitter.com/FQN0dxMqhT

Him: “I wanna wear this shirt today”

If one of those buttons popped off.. pic.twitter.com/KWDRjQswfx

Them buttons when he go “AH-CHOO!” pic.twitter.com/PnKX1TaMnp

The photographers thoughts as he took the photo…. pic.twitter.com/2NFr7XZSVl

If those buttons could make a sound.. pic.twitter.com/4hg9DxbWL6

Jeans aren't buttoned either... did the alarm clock just not go off and it was a mad rush to get dressed in the dark, or what? pic.twitter.com/HM7hJwk5fa

We're not sure who this man is, why he chose to wear that shirt, why his pants are unbuttoned to boot or what he's doing with his hand, but we can only hope he and his poor shirt are well. 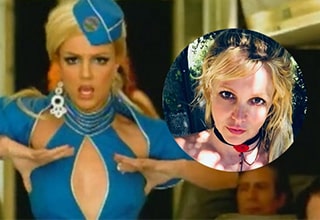