The 19-year-old grandmaster is back in the limelight as more allegations of foul play surface. Hans Niemann is now being accused of cheating over 100 times in online matches by popular chess site Chess.com. Their investigation noted, “While we don’t doubt that Hans is a talented player, we note that his results are statistically extraordinary.” Though he’s previously admitted to cheating twice during his career, he’s chosen to stand up to the accusations.

These most recent allegations come on the heels of world-renowned Norwegian chess grandmaster Magnus Carlsen raising questions about the legitimacy of Niemann’s victory last month after their matches during the Sinquefield Cup and the Julius Baer Generation Cup.

security screening for a*** beads before a chess tournament, colourized (2022) pic.twitter.com/ctshgDjTI7

More recently, after his victory against Christopher Yoo, he added, “I think that this game is a message to everyone. You know, this entire thing started with me saying, ‘Chess speaks for itself,’ and I think this game spoke for itself and showed the chess player that I am… I’m not going to back down and I’m going to play my best chess here regardless of the pressure that I’m under.”

Whether he’s guilty or not this time around, the cheating chess champ is now facing embarrassing consequences. Just recently a video was uploaded to YouTube of Hans getting his rectum scanned at the US Chess Champion checkpoint, y’know, just in case.

Whatever happens, Hans has undoubtedly made a name for himself in the world of chess. 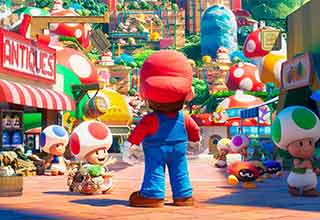