After five years of greatness, four more of decentness and a subsequent decade of controversy-ridden mediocrity, Panic! at the Disco — the pop-punk version of if Liam Payne and Liam Payne alone proclaimed himself to be One Direction — has disbanded (or as much as one dude’s solo project can disband) after nearly two decades.

On Tuesday, Brendon Urie, the band’s leading man … and only man for that matter (think Dick Van Dyke at the beginning of Mary Poppins if Dick Van Dyke was inundated with allegations of sexual assault, transphobia and racism)  took to social media with a poignant post detailing his decision to pull the plug on Panic!.

Brendon urie arguing with the panic at the disco's members before disbanding the band. pic.twitter.com/wx4hiZ1hh0

“Well, it’s been a hell of a journey,” Urie commenced his statement, recounting what must have been the most stressful solo meeting since the Spider-Man pointing meme.

“Growing up in Vegas I could’ve never imagined where this life would take me. So many places all over the world, and all the friends we’ve made along the way,” he continued, *really* stretching the correct usage of the royal “we.” “But sometimes a journey must end for a new one to begin.”

A post shared by Panic! At The Disco (@panicatthedisco)

Citing his transition into fatherhood (and *definitely* not any of his mounting scandals) as he and wife Sarah Orzechowski prepare to welcome their first child together — a major life update Fall Out Boy’s Pete Wentz may have accidentally leaked last year — Urie elaborated on his thankfulness for all 15 fans he had yet to alienate with his questionable-at-best behavior.

“Thank you all for your immense support over the years. I’ve sat here trying to come up with the perfect way to say this and I truly can’t put into words how much it has meant to us,” Urie explained, his use of the word “us” prompting questions about whether Panic! at the Disco was actually a Fight Club sort of situation.

“Whether you’ve been here since the beginning or are just finding us, it has been a pleasure to not only share the stage with so many talented people but also share our time with you,” he concluded. “I am looking forward to seeing everyone in Europe and the U.K. for one last run together.”

RIP P!ATD. You will be missed — and by “you” we mean literally everything that *didn’t* involve Brendon Urie, a man so universally despised that he’s been blamed for polar bear endangerment, Daniel Day-Lewis’ retirement and the fall of the Jedi order. 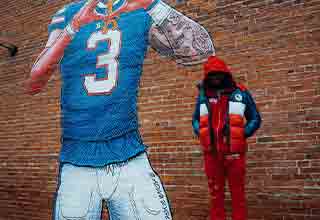