A man from Hyderabad named Shiva is in the hospital after he suffered while taking a selfie in front of a train. This is not the first time such an accident has occurred, the former Chief Minister decried a similar act just yesterday.

There is something drastically wrong with this sort of adventure seeking. I can’t believe the stupidity of these young men. pic.twitter.com/83lLWanozR

In fact, taking selfies in dangerous places has become a sort of trend in India. The country has the highest number of selfie related deaths in the world according to a Carnegie Mellon study.

Mumbai police warned of the dangers of living that #SelfieLife with this informative, if incredibly corny tweet.

Few details have been reported on the state Shiva after the train accident, outside of the fact that he suffered injuries to the head, and they are severe. The video is below, with a warning that it is shocking. 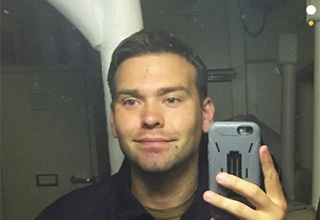