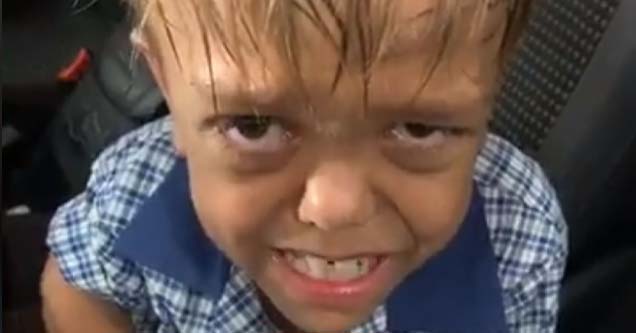 Bullying has been a problem forever, but it really does seem like kids these days have it especially rough and suicide rates amongst people under 18 have risen steadily over the last several years. Take this heartbreaking video as an example:

That's 9-year-old Quaden Bayles from Australia. Quaden has a condition commonly known as dwarfism, and his classmates apparently never let him forget it. In this heartwrenching video shared by his mother, Yarraka, we see him crying hysterically after yet another bullying incident - going so far as to demand a knife so he can just die.

I have to be honest with you, watching this video first thing today f***ing broke me. There is no reason this child, at just 9 years old, should have to carry such an overwhelming burden of sadness during what should be some of his best years.

Thankfully, this story takes a positive turn. Yarraka's video quickly went viral, racking up tens of millions of views in just a few days. Messages of support have come pouring in from all around the globe:

Quaden, you've got support from our family and our youngest son Joey did a video for you. #WestandwithQuaden #QuadenBayles #bekind pic.twitter.com/fzKkALyyPs

My 10 year old son Rocco has a message for #Quaden in Australia who has endured a horrible case of bullying. You are strong little man. So many people love you!!!! pic.twitter.com/wO49KABK51 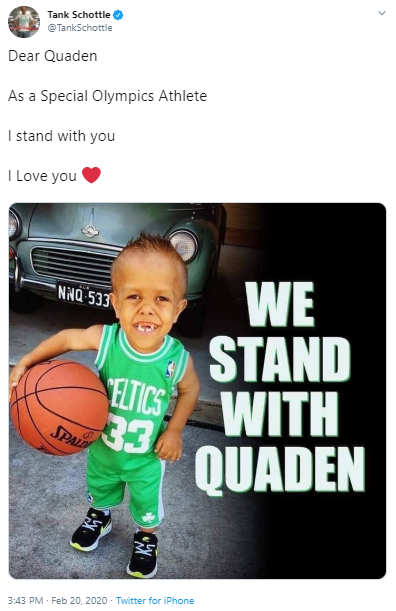 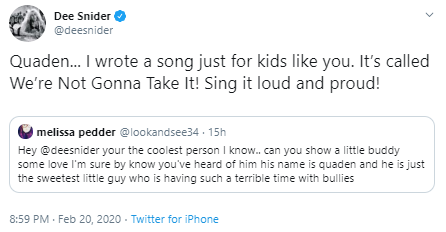 This is my daughter Alessandra kind hearted message to Quaden. #stopbullying pic.twitter.com/lZtP5Fv03b 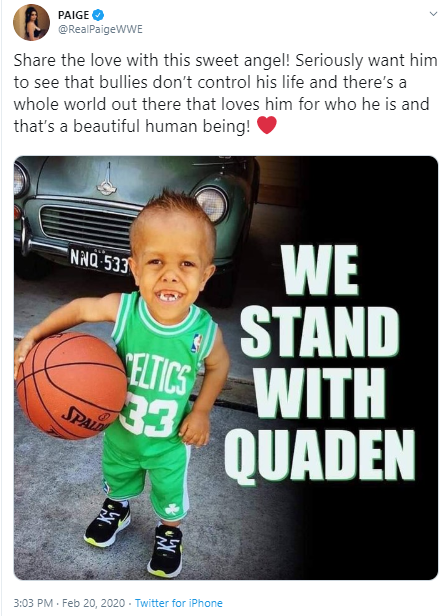 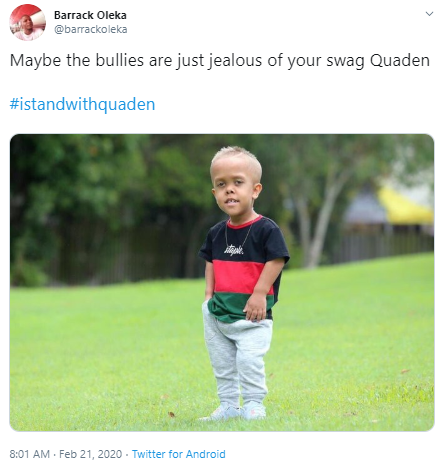 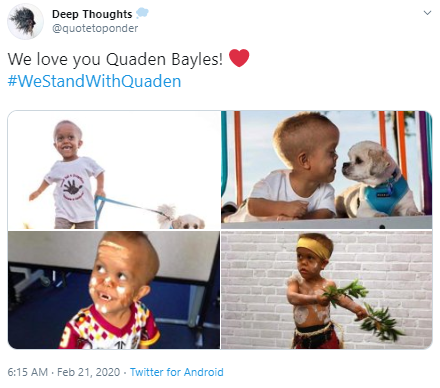 Quaden's story ended up catching the attention of comedian Brad Williams, who also has dwarfism. Having grown up with the same condition, Brad understood Quaden's hurt all too well, and immediately reached out to him. 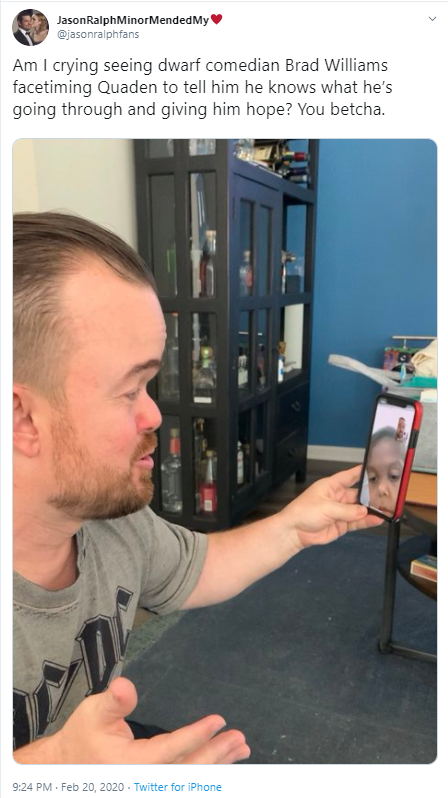 Brad also created a GoFundMe to send Quaden to Disneyland. The initial $10,000 goal was quickly surpassed, and the fund stands at around $270,000 at the time of writing.

While the outpour of support has been inspiring to see, we can only hope that the broader lesson about teaching our kids to be more accepting of each other's differences isn't lost in the fray so we can create a future where videos like this aren't even a thing. 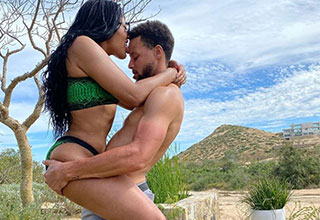