The first-ever tweet of Twitter CEO Jack Dorsey went up for sale in NFT form last week at a gargantuan starting bid of $48 million dollars, with the original owner and crypto bigwig Sina Estavi promising half of the proceeds would go to charity.

I decided to sell this NFT ( the world's first ever tweet ) and donate 50% of the proceeds ( $25 million or more ) to the charity @GiveDirectly
‌‌‌‌‌‌
https://t.co/cnv5rtAEBQ pic.twitter.com/yiaZjJt1p0

This is many orders of magnitude above the $2.9 million dollars Estavi paid for the tweet one year ago -- i.e. a healthy margin and quite a profit, divided for charity or not.

So it may have stung when the maximum offer for the NFT by the auction's deadline came stood at a cool $280 --  roughly 0.00001% of what Estavi originally paid for the Dorsey tweet NFT that he calls the 'Mona Lisa of the Digital World."

Once the auction for Dorsey's seemingly unwanted first tweet ended at that less-than-awesome return, Estavi -- who actually has 'owner of first ever tweet' in his Twitter handle -- then took to urging Elon Musk to purchase the tweet.

It's not good if the owner of the whole Twitter does not own the first tweet :) https://t.co/unNZBpNcg6

Musk did not, evidently, take Estavi up on his offer.

As the auction grew increasingly grim, Estavi seemingly made it his mission to retweet as many of the headlines poking fun at the failed endeavor as possible, along with one motivational tweet that -- given the context -- seems to be directed more at himself than anyone else

If you fight to reach your goal, you will become a legend

In the middle of all this, he retweeted one by Coin Desk that mentions his time in Iranian prison for 'Disrupting the Economic System.'

thanks to @CoinDesk
I am very happy that one of the longest articles on this site is devoted to our topic.
I welcome any positive or negative comments about our project and I believe that time will tell.
Time and success in work will be our greatest judge. ✌️ https://t.co/cTkNDbeQRN

And, as the story picked up steam, many were quick to join the party and express their own take on the auction attempt.

You can make a small fortune in NFTs, the secret is to start with a large fortune

Ill give you the loose change in my car for it. Might even throw in a roll of toilet paper, but not a full roll

Oh man, ROFLMFAO! The best part of this entire situation was that super puffed-up self-righteous statement you gave "It's important to me who wants to buy it, I will not sell this NFT to anyone because I do not think everyone deserves this NFT." Hahahahaha NFT Bros are hilarious!

In the wake of the failed auction bid that concluded with a maximum bid of $280, which Wall Street Journal calls an 'indication of a maturing NFT market', Estavi was also pleased to show many of the 'haters' some of the better offers that showed up later for the tweet he spent $3 million on:

How much would you pay for a picture NFT of the first tweet? 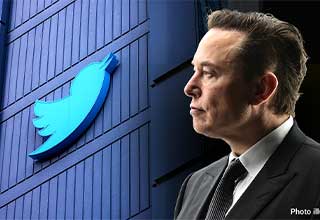