Jamie Foxx's accuser alleges that while at a party in Las Vegas in 2002, 16 years ago, Foxx asked her for oral sex, which she then denied before he slapped her in the face with his penis.

Jamie Foxx has come fourth denying that such claims are true and said he will take full legal action against these absurd claims. Jamie Foxx's lawyer said this to TMZ, "Jamie emphatically denies that this incident ever occurred, and he will be filing a report with the Las Vegas Police Department against the woman for filing a false police report against him. The first time [Jamie] became aware of this woman's absurd claims about an incident that supposedly occurred 16 years ago was when TMZ contacted his representatives [Tuesday] about this story."

Now, even if this woman's claims are true, which we are neither denying nor confirming, the statue of limitation for reporting a crime in the state of Nevada is only 3 years. But alas, the Internet doesn't give a shit about anything other than watching people burn. So with that said, here are a few of the best reactions from Twitter.

Jamie Foxx dick-slapping broads 16 years ago is the most believable thing I've heard all year. pic.twitter.com/xelghee9lU 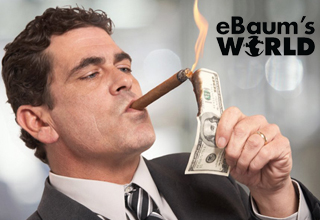 NEXT ARTICLE Confessions of an eBaum's World Employee