Joe Exotic, the subject of Netflix's popular show Tiger King, as well as many new memes, has gotten himself into some more trouble. He's already in jail for 22 years for attempting to hire someone to kill animal rights activist Carole Baskin. A few days ago, a video from 5 years ago resurfaced on Twitter of Joe complaining about not being able to say the n-word.

Ummm so I found this earlier today... pic.twitter.com/gd3kBsq6d0

This obviously doesn't look good for the tiger breeder and even prompted singer Cardi B, who previously wanted to start a GoFundMe to get Joe out of prison, to change her opinion on him very quickly.

Since Tiger King's release the fame Joe has been receiving has been something he can't really enjoy, seeing that he's in prison. During a phone interview with Netflix on March 22nd, he said he felt ashamed of himself.

Joe Exotic was interviewed from prison on March 22.

Here's what he told us pic.twitter.com/ueqTeWfKxh

His story gets even crazier because just in the last 24 hours, someone in his prison tested positive for Coronavirus and now Joe has to be in self-isolation.

This man has had the wildest month on the news and hype of the internet, can't wait to see what crazy story happens next. 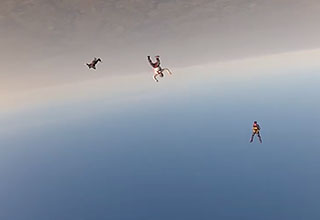