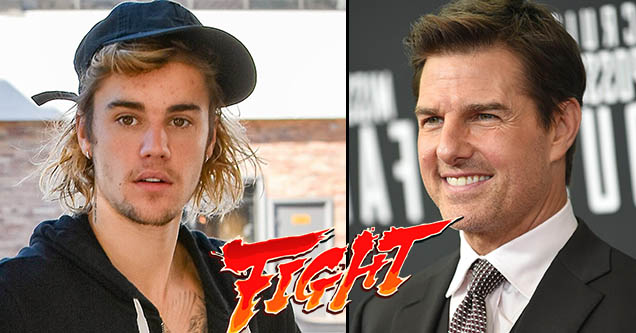 In the weirdest thing that has happened today, Justin Bieber challenged 56-year-old Tom Cruise to a fight. Tom is famously known for doing all of his own stunts in his movies and once said that he can hold his breath for six and a half minutes. It seems like Justin Bieber, who once got punched by Orlando Bloom, is just trying to shake his wimpy boy persona, or just get a lot of publicity. Well, it worked.

I wanna challenge Tom Cruise to fight in the octagon. Tom if you dont take this fight your scared and you will never live it down. Who is willing to put on the fight? @danawhite ?

Shortly after Justin tweeted this, Conor McGregor said his company would host the fight.

If Tom Cruise is man enough to accept this challenge,
McGregor Sports and Entertainment will host the bout.
Does Cruise have the sprouts to fight, like he does in the movies?
Stay tuned to find out! https://t.co/TxsH9KUyFg

This whole situation is absolutely hilarious. Why would anyone challenge a person 31-years older than them to a fight is beyond me, but my money is definitely on Tom. Anyway, there are plenty of good memes and reactions to this bizarre news.

Tom Cruise, looking for human souls to harvest in the name of Scientology: pic.twitter.com/a0LMo6nyU7

This is 100% how a Tom Cruise Vs Justin Bieber fight will go down  pic.twitter.com/TPBym3ZcPz

absolutely nobody in the world:

certainly no 25-year-old singers to 56-year-old actors who never really seemed to claim to do this in real life, just pretends in movies, nice and fun for us and for him too:

You when Tom Cruise actually shows up: pic.twitter.com/iitElBHZfv

Tom Cruise and the Scientology boys getting ready to scrap Justin Bieber pic.twitter.com/v5oT5xZpjD

There are actual odds available through BetOnline for Justin Bieber vs. Tom Cruise and Conor McGregor vs. Mark Wahlberg.

Not for nothing but shouldn't Conor be like a -10,000 favorite against Wahlberg? Just saying. pic.twitter.com/yAw5UfLKgu 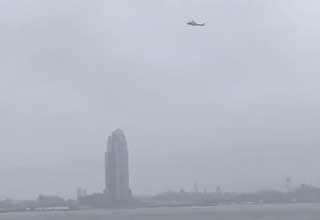 NEXT ARTICLE Helicopter Flies Erratically Before Crashing into a NYC Skyscraper